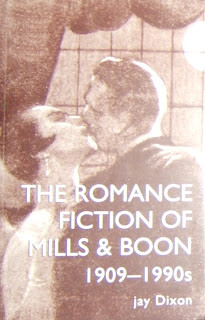 Jay Dixon has worked as an editor at Mills & Boon, is the author of The Romance Fiction of Mills & Boon 1909-1990s and also wrote a short essay, "An Appreciation of Georgette Heyer," in 2002 to mark the centenary of Heyer's birth.

Dixon began her paper, ‘Heyer and Place,’ by reading from the opening of Powder and Patch. Before starting work on this paper, Dixon had been under the impression that this description was a long one, but on returning to the novel she discovered that it is, in fact, rather short although it succeeds in summing up Sussex in one sentence. Indeed, Dixon suggests that Heyer's descriptions of place are, in general, not very long. Heyer and Dixon then took us to the bustling, bewildering London which flashes past the eyes of Judith Taverner (Regency Buck) as she arrives by coach. Again, Heyer uses few words but succeeds in capturing the essence of the place.

Dixon noted that although Heyer's descriptions of landscapes tend to be short, her descriptions of homes tend to go into considerable detail: a page in The Foundling and no less than four pages in Civil Contract in which the hero's new father-in-law refurbishes the hero's town house as a surprise after his marriage to the heroine. There is also considerable attention paid to items of clothing and to matters of fashion.

In Cotillion the reader accompanies Freddy and Kitty on a quick tour of the sights of London but on the whole Heyer's London is basically Mayfair, comprised of places such as Almack's and the streets in which the ton were to be found. It is a small social space, almost a village. The same is true of Bath in which Heyer mentions streets and place names: Upper Camden Place, the York Hotel, etc. It is these names, from both London and Bath, rather than long and detailed descriptions, which seem to conjure up the Regency period for readers.

Heyer contrasts the city, London, with the countryside, idealising the latter. Almost all of Heyer's heroes have country estates and the romantic resolutions of the novels often take place in the country, or are precipitated by the flight of others to the country. It is interesting to note that in the original version of Powder and Patch, which was first published by Mills & Boon with the title The Transformation of Philip Jettan and under the pseudonym "Stella Martin," in the final chapter the hero took his heroine to Paris but in the re-written version we are told that the couple will retire to Sussex, where they will live as a country gentleman and his wife.

Dixon referred to Susanne Hagemann's "Gendering Places: Georgette Heyer's Cultural Topography," Scotland to Slovenia: European Identities and Transcultural Communication. Proceedings of the Fourth International Scottish Studies Symposium, edited by Horst W. Drescher and Susanne Hagemann (Frankfurt am Main: Lang, 1996, pages 187–199). Dixon agrees that London is gendered as masculine. It is the site of male power since it is here that the Prince Regent is generally to be found and where the Houses of Parliament are located. By contrast men associated with the country, such as Gilly, the hero of The Foundling, are more feminine. Dixon sees Bath as a feminised space because women tend to dominate in Heyer's depiction of it. It is a small city set in the countryside where women such as the heroines of Black Sheep and Lady of Quality can live independently (albeit with a female companion), and young ladies do not need to be accompanied by a maid as they would in London. Although Bath features most heavily in these two later works, it also appears in earlier novels including The Black Moth, The Corinthian and Friday's Child.

Dixon concluded by musing on whether Heyer paid more attention to fashions in clothing and home interiors because they changed relatively quickly in response to fashion, whereas landscapes tend to change more slowly. Perhaps, however, what interested Heyer, who had often felt an outsider, was the evocation of a period, the Regency, rather than specific geographical locations. It was in the period of the Regency that Heyer felt at home.
Posted by Laura Vivanco at Tuesday, November 10, 2009