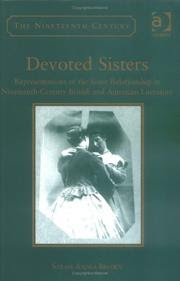 Sarah Annes Brown tends to teach Shakespeare, Renaissance literature and Tragedy. Her Devoted Sisters: Representations of the Sister Relationship in Nineteenth-Century British and American Literature, however, "draws on recent psychoanalytical and anthropological research to illuminate nineteenth-century depictions of the sister relationship. Building on the work of Girard and Kosofsky Sedgwick, Brown concludes her study with an exploration of the Deceased Wife's Sister Act and the 'lesbian incest effect'." (Ashgate). Unfortunately for Sarah, she was still recuperating from a bad cold during the colloquium, but this did not prevent her either from introducing the other speakers or from giving her own paper. Ironically, the subject of her paper, Miss Annis Wychwood, was also convalescing at the end of the novel in which she finds herself, though from the flu rather than from a cold. [LV comment: clearly Annis's companion, Miss Farlow's, garrulousness and propensity to digress have affected me! I hope you will all excuse any further instances of "bibble-babble" for I, too, am "desperately anxious to please," although perhaps not quite as desperately anxious as Miss Farlow because as she once said ....]

In ‘Lady of Quality and Homosexual Panic’ Brown was once again drawing on the work of Eve Kosofsky Sedgwick, this time to explore the idea of "homosexual panic." This was a term used by Sedgwick to describe how men felt in a period when male homosocial contact was encouraged but homosexual activity was illegal and taboo. [LV comment: Ron Becker has written that "homosexual panic," in the sense in which it is used by Kosofsky Sedgwick, occurred when "the line that separated acceptable homosociality from unacceptable homosexuality was unstable" (20) and "bespeaks a wider social anxiety - specifically that stirred up by the unstable boundary between categories of sexual identity" (21). More on Kosofsky Sedgwick's ideas about "homosexual panic" can be found in her "Toward the Gothic: Terrorism and Homosexual Panic," a chapter in her Between Men: English Literature and Male Homosocial Desire, particularly pages 89 (final paragraph)-90 and in Epistemology of the Closet (see pages 19-21) she elaborated on the differences between her usage of the term and the way it has been used as a legal defence in court cases.]

Brown wishes to explore "homosexual panic" in this paper largely with reference to the female characters. In the novel we see women mixing with women, being chaperoned by women, living with a person of their own sex and having female friends. If a woman was not married, it was not socially acceptable for her to live with a man or alone. Brown is not suggesting that Heyer's female characters are depicted as experiencing "homosexual panic," but she would like to raise the possibility that at least some of Heyer's readers might feel (or have felt) it on their behalf.

So, is there anxiety about being or becoming lesbian in the background of Lady of Quality? Annis, the heroine, is 29 and an "old maid" who lives with Miss Farlow, a poor relation of hers. It would have been more conventional for Annis to have continued to live with her brother. There is nothing sexual between Annis and Miss Farlow but Amabel, Annis's sister-in-law, and Annis once had the following conversation about Annis's living arrangements and her relationship with her brother, Geoffrey:

'[...] The only time when we have been in perfect agreement was when he assured me that I should love his wife!
'Oh, Annis!' protested Lady Wychwood, blushing, and turning away her head. 'You shouldn't say such things! Besides, I can't believe you mean it, when you won't continue living with me!'
'What a rapper!' commented Annis, the laughter still dancing in her eyes. 'I could live happily with you for the rest of my days, as well you know! It's my very worthy, starched-up, and consequential brother with whom I can't and won't live. Yes, isn't it unnatural of me?'

The discussion between the pair moves on to a review of Annis's suitors:

'Stop, stop!' begged Annis laughingly. 'I found nothing to dislike in any of them, but I couldn't discover in myself the smallest wish to marry any of them either. Indeed, I haven't any wish to marry anyone at all.'
'But, Annis, every woman must wish to be married!' cried Lady Wychwood, quite shocked.
'Now that provides the answer to what people will think when they see me living in my own house instead of at Twynham!' exclaimed Annis. 'They will think me an Eccentric! Ten to one, I shall become one of the Sights of Bath [...] I shall be pointed out as -'

Amabel interrupts her at this point, so we do not discover precisely what Annis thinks she will be "pointed out as." The thought is left hanging, with readers left to fill in the blank. Under the influence of "homosexual panic" what could be thought of an "unnatural," "Eccentric" and shocking woman who feels no desire to marry a man but admits to loving her sister-in-law and who states that she "could live happily with" that sister-in-law "for the rest of my days"?

The reader learns all of this via a flashback and the main action of the novel begins when, en route to Bath, Annis encounters Lucilla Carleton, a very young, and a very pretty girl" who hopes to become a lady's companion [LV comment: Lucilla, like Annis, is avoiding marriage]. Annis suggests that if she is "set on being a companion, come and be a companion to me!" Miss Farlow's feelings are "wounded by the imputation that her own companionship did not suffice Miss Wychwood." Having arrived in Bath, Annis changes out of her travelling clothes and checks up on Lucilla:

she went to tap on the door of the Pink bedchamber, and upon being bidden to come in, found her protégée charmingly attired in sprig muslin [...] and with her dusky curls brushed free of tangles. They clustered about her head, in the artless style known as the Sappho

This reference to Sappho, the famous lesbian poet, in the context of a visit by one women to another's bedchamber, can hardly serve to calm any existing "homosexual panic" and we soon learn that Lucilla's father had a close personal relationship with another man:

Papa [...] was killed at Corunna, and Lord Iverley - well, he wasn't Lord Iverley then, but Mr William Elmore [...] has never been the same same man since Papa died. They were bosom-bows, you see, from the time when they were both at Harrow, and even joined the same regiment, and were never parted until Papa was killed!

At Harrow, he formed a close, and, to my mind, a pretty mawkish friendship with young Elmore. They were both army-mad, and joined the same regiment when they left Harrow. [...] I knew, of course, when he bought Chartley Manor [close to Elmore's home] that the bosom-bow friendship between him and Elmore was as strong as ever, and I suppose I should have guessed that such a pair of air-dreamers would have hatched a scheme to achieve a closer relationship by marrying Elmore's heir to Charles's daughter.

Brown commented that Sedgwick would no doubt have pounced on this plan to marry Lucilla Carleton to Ninian Elmore because she wrote about the various ways in which women were used as conduits to strengthen bonds between men. [LV comment: For example, in Devoted Sisters Brown mentioned

the male pairs described by Eve Kosofsky Sedgwick in Between Men. Here she argues that men who woo the same woman use her as a conduit to strengthen their own relationship. Such a process might appear specifically patriarchal, dependent upon a society characterised by 'the use of women as exchangeable, perhaps symbolic, property for the primary purpose of cementing the bonds of men with men,' (Kosofsky Sedgwick, 1985, 25-6). (Brown 147)]

Annis and Oliver Carleton do consider the possibility that the marriage between Lucilla to Ninian was proposed, or at least continued to be promoted, for mercenary motives:

'Well, that is what I suspect,' nodded Miss Wychwood, 'but it is only right that I should tell you that Ninian says it is no such thing. He says his father has never had a mercenary thought in his head.'
'On the whole,' said Mr Carleton, with considerable acerbity, 'I should think the better of him if his motive had been mercenary! This mawkish reason for trying to marry Lucilla to his son merely because he and my brother were as thick as inkle-weavers fairly turns my stomach!

Clearly Oliver Carleton has a strong dislike of what he's choosing to term "mawkish" behaviour.

Strong suspicions might also be raised by Annis's own behaviour, for as her brother points out, "To all intents and purposes you [Annis] have kidnapped the girl [Lucilla]!" and when Oliver Carleton appears in Bath to investigate the situation he reveals that Lord Iverley had informed him

'[...] that if I wished to rescue my ward from the clutches of what he feared was a designing female, calling herself Miss Wychwood, I must leave for Bath immediately.'
'Well, if that is not the outside of enough!' she said wrathfully. 'Calling myself Miss Wychwood, indeed! And in what way am I supposed to have designs on Lucilla, pray?'
'That he didn't disclose.'

The possible designs remain undisclosed, which again leaves hanging a possibility which could be supplied by the brain of a reader suffering from 'homosexual panic.'

Interestingly, after this meeting between Annis and Oliver, any panic in the text is firmly focused on their relationship because of Oliver's dubious reputation. From this point onwards, references which could be interpreted as implying lesbian activity or desires vanish from the novel. It makes sense that "lesbian panic" should vanish precisely at the moment that Annis begins a heterosexual relationship.

[LV comment: Jennifer Kloester mentioned in her presentation that it is possible Heyer suppressed The Great Roxhythe (1922), which she described as "this immature, ill-fated work," at least in part because it might be deemed to have a homosexual slant. She also noted that there are lesbian characters in Penhallow. Lisa Fletcher has observed in her “‘Mere Costumery’? Georgette Heyer’s Cross-Dressing Novels,” in Masquerades: Disguise in English Literature from the Middle Ages to the Present, Eds. Pilar Sánchez Calle and Jesús López-Paláez Casellas, (Gdansk: University of Gdansk Press, 2004). 196-212, that in The Masqueraders

Sir Anthony does not guess Peter's secret immediately. Instead, it is precisely his growing "interest" in a young man which rouses his suspicions: "I believe [...] I have an odd liking for you, little man. One of these strange twists in one's affections for which there is no accounting" (99-100). The romantic hero will always see through false costume. If, like Sir Anthony, the hero does not expressly guess the cross-dressed heroine's secret immediately, when he does finally realise or learn the truth, he also realises that he has in fact known inarticulately or subconsciously all along. (208)

Fletcher concludes that in such novels "Homosexual desire is both abnormal ("strange," "odd") and always already heterosexual (the boy is really a girl)" (209).]
Posted by Laura Vivanco at Monday, November 16, 2009