The Sci-Fi Romance Quarterly was launched yesterday. It's not an academic publication but I thought I'd mention it anyway because 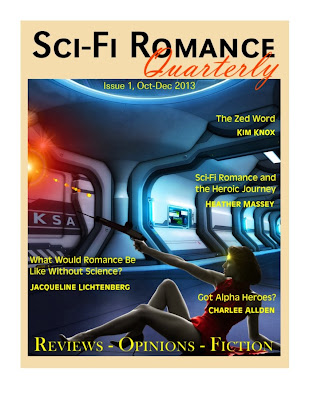 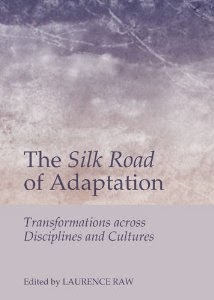 Heather Schell has a new article out. It's "Bringing the Mid-West to the Middle-East: An Analysis of a Harlequin Romance in English and Turkish" and she's made it available via Academia. It's Chapter 17 of The Silk Road of Adaptation: Transformations across Disciplines and Cultures. Ed. Laurence Raw. Newcastle upon Tyne: Cambridge Scholars, 2013.


a translation could be considered a type of invisible adaptation. In fact, global economic enterprises may actually prefer to downplay the "new readings" wrought by translation [...]. It falls to us to question the supposed transparency of translation and appreciate instead the ways in which a translation adapts the source-text. (160)


the social meaning of a novel's content inherently unstable. For example, because of differing cultural norms about adult children's relationship with their parents, the scene in which Cade defies his father for the sake of his wife might seem noteworthy to a Turkish reader but unremarkable to an American reader. In contrast, popular attitudes towards abortion are probably more conservative and conflicted in the United States than in the Republic of Turkey. (164)

What is certain is that "Arda Gedik, the force behind HQN's Turkish publications for nearly two decades [until his death in 2011], saw these books as providing progressive role models" (169).

The "source-text" Schell chooses to analyse is Shirley Jump's Back to Mr. and Mrs. (2007) which was published in Turkey in  "2010 as a 112-page novella" (162). The novel, like others chosen for translation and publication in Turkey, was selected "based on Amazon.com customer star ratings" (164) and the translation makes minor changes which, cumulatively, make the characters seem "less foreign" (166) to Turkish readers.

It also makes "small changes [which] consistently make the women more stereotypically feminine and less intelligent" (167) and ensures that the ageing heroine "conforms to beauty ideals" (168). Such changes are not, however, unique to Turkish translations: in France, for example, translated novels "often made the heroine less confident and experienced that in the source-text" (168).

The essay is relatively short and, in my opinion, well worth a read.

This collection of essays "aims to take a fresh look at the 'good old practice' of reading in all its denotations and connotations from all possible quarters and perspectives, provided that papers relate to the American context." Essays "should be between 5000-7000 words and should adhere to the latest MLA style. Full text submissions should be sent to readingbooks2014@gmail.com by March 30, 2014." More details here (though unfortunately they do not include information about the likely publisher of the collection).

The link between gender and transgression is integral to both representing and understanding the controversy that surrounds popular works. To add to Jenks’ conclusion: we are both obsessed by transgression and the transgressor’s gender.


More details about the conference can be found here. Submissions to antony.mullen@ncl.ac.uk by 1st December 2013.  They seem to have a strong focus on crimes. Still on the topic of crime:

How can crime writing be defined? Although crime fiction is traditionally regarded as a distinguishable literary form, what can be considered part of this genre? The various sub-genres that are encompassed under the title of crime writing, including the ‘whodunnit’, the Hard Boiled thriller, Golden Age narratives, and the ‘whydunnit’ psychological thriller are all so variable that a defining process becomes nearly impossible. [...]


I thought this might be of interest to anyone studying romantic suspense. More details here. The deadline for submissions is 6 January 2014.
Posted by Laura Vivanco at Wednesday, November 13, 2013 0 comments

More details about the Romance area can be found here - and there are still a few hours left before the deadline for submissions if you'd like to present a paper.
Posted by Laura Vivanco at Friday, November 01, 2013 0 comments