Reporting back on a conference

I went to the Representations of Romantic Relationships and the Romance Genre in Contemporary Women’s Writing symposium/mini-conference yesterday and I've written up my notes over at my blog.

There were papers on Harlequin Mills & Boon and on Mary Balogh, some on works which might (or might not) be classified as romance and papers which discussed other works of fiction by women in relation to popular romance fiction. They included:


Veera Mäkelä, Independent Researcher (previously studying at the University of Helsinki) - Acting for Herself, by Herself: Learning, Regaining, and Employing Female Agency in Mary Balogh's Dark Angel, Lord Carew's Bride and The Famous Heroine.

Val Derbyshire, University of Sheffield - "In these modern times": Reading Harlequin Mills & Boon Romantic Novels as Signs of the Times 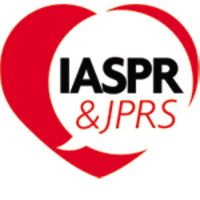 After a three-year term, Pamela Regis is stepping down from her position as President of the International Association for the Study of Popular Romance (IASPR).

Much of Pam’s work over the past three years has focused on securing the financial stability and non-profit / charitable status of IASPR, and in addition to her ongoing scholarly work, she will continue to serve the organization as Treasurer.

She will be succeeded as President by Eric Murphy Selinger, who also serves as Executive Editor of IASPR’s peer-reviewed open-access publication, the Journal of Popular Romance Studies.

Other changes in the IASPR leadership will be announced in the coming weeks.  In the meantime, all of us in Team IASPR / JPRS look forward to welcoming romance scholars from around the world at the Sixth International Conference on Popular Romance later this month in Salt Lake City!
Posted by E. M. Selinger at Thursday, June 02, 2016 0 comments