As a companion to Michelle Sagara's recent post on Alpha Males at Dear Author, Elizabeth Vail has written a delightful tribute to "The Appeal of the Beta Male."  There are interesting reflections on the means of seduction that seem to be preferred by Beta heroes, and also about the types of heroines that Beta heroes seem to get paired up with, at least in contemporary fiction.

Some of the heroes she mentions are familiar to, and much loved by, me:  Phin Tucker from Jennifer Crusie's Welcome to Temptation; S. T. Maitland from Prince of Midnight, by Laura Kinsale.  Others, though, are from authors and novels I've never read.  She discusses "Rose Lerner’s magnificent A Lily Among Thorns" (did she just say "magnificent"?), Mary Balogh’s Lord Carew’s Bride, and Marjorie M. Liu’s The Wild Road (a paranormal, with a gargoyle hero).

The comments have offered a number of additional suggestions, including

Many more have come in overnight, so forgive me if I'm a little behind!

Phin makes an interesting case, because structurally, he's an Alpha:  he's mayor of the town of Temptation, born to power--men from his paternal line have run the town for generations--and possessed of wealth and agency and looks beyond the local norm.  He is, however, bored with and generally uninterested in the position and power he's inherited, and mostly he's there as a catalyst for Sophie's transformation.  There's a fair amount about Phin, Sophie, and the novel here, in the Journal of Popular Romance piece that Kate Moore was kind enough to let me co-author.

I can't help but wonder, though, whether Alpha and Beta in these discussions are as useful for us, as analytical terms, as High Mimetic and Low Mimetic, the terms that Laura Vivanco borrows from Frye in For Love and Money.  That is, "Alpha" and "Beta" are useful as terms to describe the discourse that circulates in the romance community, but HM and LM might be more precise when talking about particular characters, especially since authors so often deploy modal counterpoint (also from Frye and from Laura's book) to vary their characterization from passage to passage or scene to scene.

In unrelated but still welcome news, Jonathan A. Allan reports that a recent MA thesis filed at Eastern Washington University cites several pieces from the Journal of Popular Romance Studies.

The thesis is "Eros and Psyche from Apuleius to paranormal romance: a communication analysis of the archetype's message," by Arielle Nicole Reed (2013); you can find it in the EWU Masters Thesis Collection, as Paper 85.  Reed says she's using four JPRS articles, but I could only find three in her bibliography:
Good to know that we have a Very Useful Journal on our hands.  Thanks for the heads-up, Jonathan!

The Journal of Popular Romance Studies has extended the deadline for its special issue on "Queering the Romance," guest edited by Jonathan A. Allan and Andrea Wood.

Sometimes known as "Queer/ing Romance," this issue is now looking for work on an even broader set of topics and media.  For example, the CFP now includes the uses of romantic love in judicial opinions and advertising campaigns, like those related to marriage equality; I suspect that the editors would also be interested in scholarship on advice columns and other places where real life love and media representations of love are intertwined.

I've pasted the revised Call for Papers below; please feel free to circulate it! 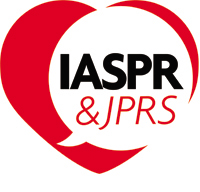 Queering Popular Romance (February 1, 2015 Deadline)
In 1997, Kay Mussell called upon scholars of popular romance “to incorporate analysis of lesbian and gay romances into our mostly heterosexual models.” Today, closing in on two decades later, that challenge has yet to be met.  Although print and digital venues for LGBTQ romance have proliferated, meeting a growing demand for such work among readers (especially for male / male romances), and although there is a burgeoning interest in writing LGBTQ romance on the part of both LGBTQ and straight authors, queer romance fiction remains peripheral to most academic accounts of the genre.  Likewise, with a handful of exceptions, scholarship on popular romance fiction has scarcely begun to engage the theoretical paradigms that have become central to gay and lesbian studies, to queer theory, and to the study of queer love in other media (film, TV, pop music, marriage equality campaigns, etc.)
The Journal of Popular Romance Studies therefore calls for papers on “Queering the Romance,” in the broadest possible sense of the phrase, for a special issue to be guest edited by Andrea Wood and Jonathan A. Allan.
Recognizing that there are both similarities and tensions between “queer theory” and “lesbian and gay criticism,” we call not only for papers that consider the importance of identity politics to popular romance fiction—that is, papers on romance novels with LGBTQ protagonists—but also for papers which give “queer” readings of ostensibly heterosexual romances, as well as for those which are theoretically engaged with the fluid concept of “queerness,” no matter the bodies and / or sexualities of the protagonists involved.  We think here of Eve Kosofsky Sedgwick’s famous assertion that “one of the things that ’queer’ can refer to” is “the open mesh of possibilities, gaps, overlaps, dissonances and resonances, lapses and excesses of meaning when the constituent elements of anyone’s gender, of anyone’s sexuality aren’t made (or can’t be made) to signify monolithically.”
Topics to be addressed might include:

Please submit scholarly papers no more than 10,000 words, including notes and bibliography, by February 1, 2015, to the journal’s Managing Editor, at managing.editor@jprstudies.org. Submissions should be Microsoft Word documents, with citations in MLA format; please remove all identifying material (i.e. running heads with the author’s name) so that submissions can easily be sent out for anonymous peer review.  For more information on how to submit a paper, please visit http://jprstudies.org/submissions/
Posted by E. M. Selinger at Tuesday, September 02, 2014 0 comments