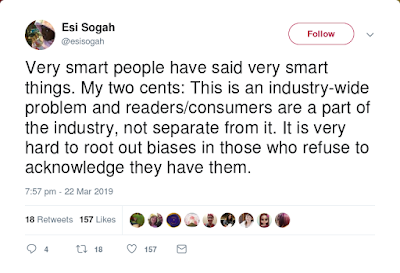 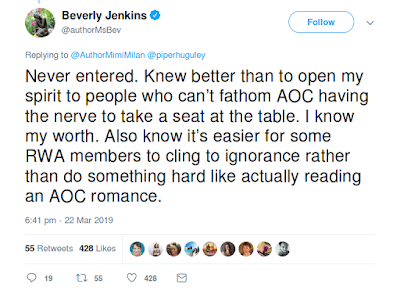 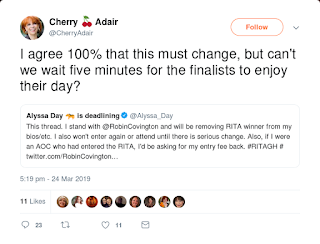 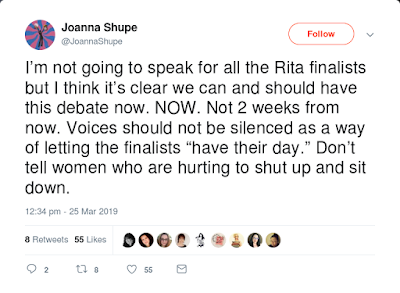 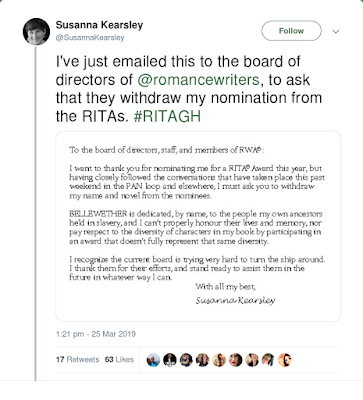 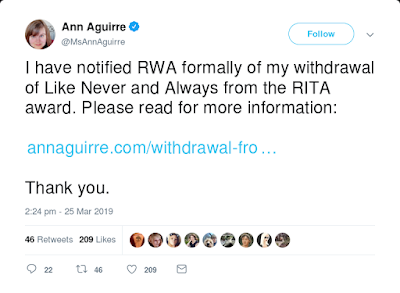 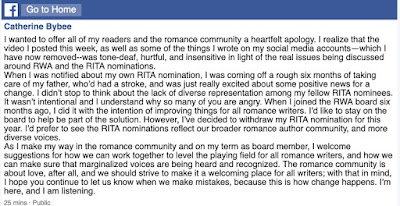 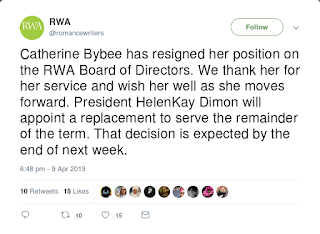 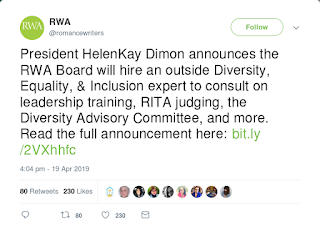 In addition, "RWA President HelenKay Dimon appointed Kate McMurray to the Board of Directors. She will serve the remaining term of the seat vacated by Catherine Bybee.  Kate previously served as president of both the Rainbow Romance Writers, RWA's LGBTQIA+ chapter, and RWANYC, the New York City chapter."
Posted by Laura Vivanco at Monday, March 25, 2019 13 comments

McAlister, Jodi Ann, 2015.
"Romancing the Virgin: Female Virginity Loss and Love in Popular Literature in the West". PhD thesis, Macquarie University, 2015. [Abstract and link to pdf]
Rosanowski, Annika, 2019.
"Can She Have It All? Pregnancy Narratives in Contemporary Category Romance", Journal of Popular Romance Studies 8 (2019).