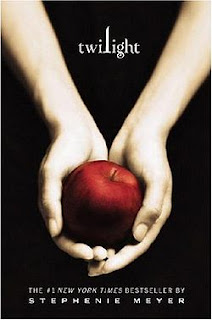 Eric's been quoted at length in an article in the NY Daily News:

there are at the very least two really contrasting ideas of love in western culture right now, and they've been at work for centuries," says Eric Selinger, an associate professor at DePaul University and the executive editor for the Journal of Popular Romance, an online publication that delves into love and desire as represented in romantic fiction.

An idealized, unconsummated romance like Edward and Bella's, he says, falls in the tradition of Eros, which dates back at least to the Greek poet Sappho in the 7th century.

"The highs are so high and the lows are so low, and its all-consuming and everything else falls away," Selinger says.

This type of love "is really about desire, but without the consequences that come with practical concerns of negotiating a life together.

"It's the tradition that conceives of love as something that transforms the self," he says. In the case of "New Moon," Bella's desire to renounce her humanity and follow her beloved into the world of the undead gives this a literal form.

The transformative aspect of this type of love, Selinger continues, may be especially compelling to teens.

"In terms of young readers, the appeal of the Eros tradition can be really powerful because you're changing so much, and any relationship changes you and introduces you to new emotions, new music, new styles of clothing, potentially a whole new self, as part of your longing for person X."

Edward's refusal to change Bella into a bloodsucking creature of the night also creates a potent experience for readers, Selinger says, in that the story prolongs her moment of hovering on the brink of transformation.

"When you see yourself doubly - you see yourself as you are, you see an image of the person that you would be if the transformation took place - the reader holds on to that really emotionally powerful doubleness," he explains.

"You're one person - and then you are that plus something else, but without the consequences of actually having that new life," which in Bella's case would involve learning to drink the blood of animals. [...]

"It's significant that this story takes the form of a series," Selinger says. "It's one thing to end one story on a note of longing. You leave the book in that wonderful state of expectation, and it's kind of bittersweet.

"But then, there is another desire that starts to kick in. We want that heady moment of possibility before anything happens. But we also want comfort and security and trust and safety.

"One thing that romantic fiction and films do is that they take these contradictory things that we want and turn them into a sequence."

In that way, over the course of four books, the "Twilight" saga also fulfills our desires for the other type of love - the happily ever after kind we'd associate with a book like "Pride and Prejudice" rather than "New Moon."

Rather than the Eros tradition, at the core of which is the individual and his or her desire, "This second tradition is about the couple, and the relationship. It's about two people working out a life together," Selinger says, as happens in "Breaking Dawn."

These two strains of Western romantic love "can appeal to the same reader at different times in his or her life," he continues.

You can read the whole article here.
Posted by Laura Vivanco at Friday, November 20, 2009