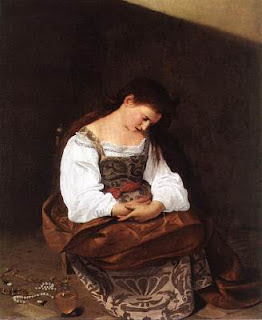 I'm certainly no expert on the inspirational romance sub-genre but it seems to me that, just as with the genre as a whole, it may be helpful to look at it in the light of Northrop Frye's comments about how literature is on a spectrum from the high mimetic, which 'seems to be connected [...] with [...] myth' to the low, which has a 'tendency to verisimilitude and accuracy of description' (Frye 2000: 51). In this context Frye describes the Bible as 'a definitive myth' (2000: 315) which 'presents a gigantic cycle from creation to apocalypse, within which is the heroic quest of the Messiah from incarnation to apotheosis' (2000: 316).

Secular modern romances which are closer to the high mimetic end of the spectrum may draw on myths, legends and fairytales. Jenny Crusie has observed that

There is something in the fairy tale that resonates in the romance [...] Former Harlequin editor Sherie Posesorski has said that all romance novels are “built on” fairy tales, and romance author Tiffany White writes that “fairy tales were the beginning of my love affair with the romance genre” (Crusie 1998)

Some romances display their debt to fairytales quite openly, some draw on them in more subtle ways and yet others, those which are low mimetic, seem to be grounded almost completely in 'real life'. And although the secular romances at the high mimetic end of the spectrum may not often be described as having didactic elements, neither they nor the fairytales from which they draw their inspiration are value-free. As Zipes says,

We tend to forget the socio-historical frameworks of control when we talk about reading and especially the reading of fairy tales. Both socialization and reading reflect and are informed by power struggles and ideology in a given society or culture. (1991: 55)

Fairytales tend to have a didactic purpose:

one can speak about the single literary fairy tale for children as a symbolic act infused by the ideological viewpoint of the individual author. Almost all critics who have studied the emergence of the literary fairy tale in Europe agree that educated writers purposely appropriated the oral folk tale and converted it into a type of literary discourse about mores, values, and manners so that children would become civilized according to the social code of that time. (Zipes 1991: 3)

The guidelines for inspirational romances tend to make it quite explicit that these texts will reflect the authors' religious beliefs and have a didactic, inspirational purpose. The editors of Harlequin's Steeple Hill lines, for example, 'are looking for authors writing from a Christian worldview and conveying their personal faith and ministry values in entertaining fiction that will touch the hearts of believers and seekers everywhere'.

High mimetic Christian works take their inspiration from the Christian equivalents of myth, legend and fairytales, namely Bible stories and parables, but there are also low mimetic inspirational romances. Michael Kechula's Shotsie is low mimetic, in that the characters are ordinary people (it's a revenge of the nerd story). It's got a rather hyperbolic opening metaphor, but that's in keeping with the first person narrator's voice and I certainly didn't find it 'preachy': in fact, the ending has a rather funny twist.

The picture which accompanies this post is the equivalent of writing which falls somewhere in the middle of Frye's two poles, since its religious subject matter is depicted in a way which makes this less than obvious at first glance. It's Caravaggio's Magdalene and

there are none of the usual signs of a religious scene such as a halo. A young girl, seen from above, is seated on a low stool [...]. Discarded jewellery - a string of pearls, clasps, a jar (perhaps holding precious ointment) - lies on the floor. The girl's hair is loose, as if it has just been washed. Her costume, consisting of a white-sleeved blouse, a yellow tunic and a flowery skirt, is rich. Bellori, who gives a careful description of this picture [...] regards its title as an excuse; for him it is just a naturalistic portrayal of a pretty girl. This seems to show a willful failure to understand Caravaggio's intention or the wishes of the man who commissioned it, Monsignor Petrignani. The repentant Mary Magdalene, like the repentant Peter, was a favourite subject of Counter-Reformation art and poetry, which valued the visible expression of the state of contrition 'the gift of tears'. Caravaggio's heroine is sobbing silently to herself and a single tear falls down her cheek. She is, as it were, poised between her past life of luxury and the simple life she will embrace as one of Christ's most faithful followers. (Web Gallery of Art)

Lacey, the heroine of Diana Mylek's Hook, Line & Sinker, regularly hears messages from God which, I think, makes her not quite usual and there's a framework of Biblical symbolism, yet Lacey's not a high mimetic heroine and her quest is a very domestic one. God tells Lacey that she should 'go buy a bass boat'. She accepts His advice and, when her sister Emily raises objections, points out the parallel with Noah:

Emily shook her head in confusion. “It sounds kind of…weird to me.”

“Yes, like building an ark. But look what happened to Noah for obeying.”

Lacey had been praying for God to give her guidance on 'what I needed to do to attract a man' and the bass boat idea is scripturally appropriate. Noah match-made the animals, pairing them up before they were told to go forth and multiply (Genesis 8: 16-17). Lacey's plan also means that she becomes a fisher of men (Matthew 4: 19). The humour that results from Lacey's 'fishing' is tempered by her sister Emily's need to escape from an abusive relationship. Her boyfriend has destroyed her self-esteem and as one character puts it, 'She needs to learn the difference between meek and weak'. Domestic violence and emotional abuse are clearly issues which affect a wide range of people, but religious beliefs can add an extra layer of complexity. According to Dr Lynne Baker of the University of Queensland:

“Christian women, particularly those from more fundamentalist denominations, can suffer more because of their faith,” [...].

“They may experience exactly the same issues as secular women, but have the added pressure of Christian faith, which when handled correctly can be a help, but can often serve as an extra burden.”

The fact that Emily's faith hinders her escape is touched on in this story.

I'd place J. Kathleen Cheney's haunting, bitter-sweet romance Stains of the Past (which could probably be classed as an inspirational fantasy romance) at the high mimetic end of the spectrum. Both the inspirational nature of the work, and the element which makes it high mimetic are revealed its opening paragraphs:

I believe in redemption. Every week when I go to confession, the priest tells me my sins are forgiven. I am a new person now, he has explained, and my penitence has created in me a clean heart. [...] When I touch people, I know their hearts. I know their motivations, their dreams, and their fears. That talent made me successful in my former career, for I could easily judge what a man wanted of me.

Both heroine and hero have powers which are uncommon and which remove the story from the realm of the low mimetic. And, to return to the artwork with which I began the post, the heroine's spiritual journey is reminiscent of Mary Magdalene's (at least, in the version of her story in which Mary is identified as a repentant prostitute), while the hero, like Christ, suffers for her sins. As in the Gospels, touching is sometimes associated with physical and emotional healing, but it can also be forbidden, as it was when Jesus said to Mary Magdalene, 'Touch me not' (John 20: 17). Touch, then, both in this story and in the Bible has symbolic, emotional, spiritual and physical effects and meanings.

Though this story, like Shotsie, is told in the first person, it's not just the distance between the high and low mimetic forms which separates the two: the open-endedness of the story and the depiction of sexuality are also very, very different.
My thanks to Brenda Coulter and posters at her blog who gave me links to online inspirational romances. Reading them has helped me to feel slightly less ignorant about this sub-genre. If you'd like to read more online inspirational romances there are novellas and short stories, by a variety of authors, available here and Brenda has a list of several more here.
Posted by Laura Vivanco at Wednesday, March 21, 2007