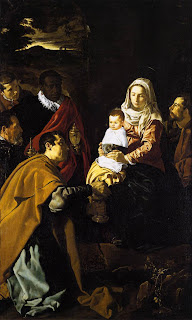 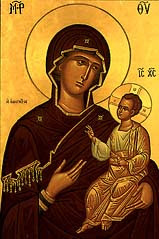 A post written by Barbara Samuel at Romancing the Blog on the topic of the RITAs has now spawned a somewhat wider-ranging discussion at the Smart Bitches about how one judges what's 'good' and 'the best' in romance. I'd like to take a closer look at some of the comments made there, along with some of the comments made here as a result of my last post, in the light of some of Northrop Frye's ideas about literature (which we discussed some time ago on the blog, but I hope those who read them then will forgive the repetition).

Sandra commented that she couldn't think of 'any romance in which the heroine's soft, small body wasn't contrasted with the hero's tall, muscled body' and Bill then asked 'why does a person’s body structure necessarily have to suggest being or feeling “helpless?”' Meanwhile, over at the Smart Bitches, Robin set this phenomenon in a broader context:

there is a tendency to do what I call “shorthand Romance” these days—to cue the reader with specific descriptions and types (i.e. flame red hair = feisty, dark craggy features = brooding hero), leaving it up to the reader to fill in the rest. And quite a few readers, who have these incredible stores of generic information and emotional receptivity to Romance, cue very easily, IMO. Lots of readers, IMO, don’t notice the difference, for example, between showing and telling because they are so open to receiving the emotional payoff in a Romance that they don’t realize they’re generating it themselves in many instances (I think this is especially a problem with ever-shrinking page and word counts). I sense that this may be especially true of readers who tend to gravitate toward the same sub-genre and type of Romance novel—that the vocabulary of those Romances is so much a part of their reading experience, that the reader can take on a portion of the craftsmanship responsibilities without even knowing or caring. Please note that I’m not suggesting that these readers are mindless, stupid, ignorant, or possessing of bad taste—only that they are so schooled in the genre and so open to its promised emotional payoff that they automatically fill in whatever is absent from the book itself

Now maybe I'm being a Pollyanna, but I think that although one could accept that this "shorthand Romance" is an indication of the authors' failure at writing complex characters, it may at times be due to the fact that different romance authors have very different aims and styles.

Some time ago Eric posted a series of quotations from Northrop Frye's Anatomy of Criticism. Pertinent here is the following:

the mimetic tendency itself, the tendency to verisimilitude and accuracy of description, is one of two poles of literature. At the other pole is something that seems to be connected both with Aristotle’s word mythos and with the usual meaning of myth. [...] We note in passing that imitation of nature in fiction produces, not truth or reality, but plausibility, and plausibility varies in weight from a mere perfunctory concession in a myth or folk tale to a kind of censor principle in a naturalistic novel. (2000: 51-52)

Frye explains the difference between the high and low mimetic modes. If the hero 'has authority, passions, and powers of expression far greater than ours, but what he does is subject both to social criticism and to the order of nature' then he 'is the hero of the high mimetic mode, of most epic and tragedy' (2000: 34). If, on the other hand, the hero is

superior neither to other men nor to his environment, the hero is one of us: we respond to a sense of his common humanity, and demand from the poet [or author] the same canons of probability that we find in our own experience. This gives us the hero of the low mimetic mode, of most comedy and of realistic fiction. (2000: 34)

Certainly a novel which is intended to be written in the low mimetic mode fails if the characters are, as in fairytales, lacking in verisimilitude. But if an author, rather than attempting to create 'realistic fiction', is hoping to create a high mimetic romance novel, akin to myth and fairytale, then the use of techniques such as 'shorthand' references to hair-colour, reliant on the reader's prior understanding of the conventions of the genre, are in keeping with the traditions of this mode.

Neither the high nor the low mimetic mode is superior, but some readers may have a strong preference for one or the other. It seems to me that criticising a romance novel written in the high mimetic mode for using shorthand is, in a sense, criticising it for not being something it was never intended to be. Romance, as Sandra observed, is a form which, particularly at the high mimetic end of the spectrum, is very close to fairytales. Romances, even the high mimetic ones may not go so far as to give their characters only 'nicknames like Little Red Riding Hood or commonplace names like Jack/Hans, Gretel', but there are certain names which are considered more 'appropriate' for heroes, just as certain physical attributes have become associated with different character types (see this post for more details).

I may have a personal preference for romances of the low mimetic type, and I may have some concerns about the ways in which certain romance 'shorthands' may reinforce society's existing binary oppositions such as those between male and female, dark and light or right and wrong (not all uses of the shorthands do this, but some may), but I don't think that one can automatically assume that they are a mark of low literary value. If we take Lorca as an example, 'Perhaps the most significant features of Lorca's rhetoric are his brilliant metaphors and his use of archetypal symbols' (Palley 1967: 74). Lorca's Bodas de sangre (Blood Wedding) relies for its impact on the viewer's knowledge of symbolism and 'None of the characters in the play have names except for the lover, Leonardo - the rest are named according to who they play, such as La Novia (The Bride), El Novio (The Bridegroom) and La Madre (The Mother)' (Wikipedia).

The pictures are an icon of the Theotokos and Diego Rodriguez de Silva y Velázquez's 1619 The Adoration of the Magi. I've included them not because they have much to do with the romance genre but because the two paintings depict the same subject (the Virgin and Child) and yet are in very different traditions. Is the icon 'worse' art because it's not as realistic looking as the Velázquez? One can, of course, find examples of both icons and more realistic paintings which are worse than others, just as one can find better and worse romance novels at both ends of the mimetic spectrum, but the tradition in which they are painted/written is not in itself an indication of either failure or lack of quality.

P.S. If you click on the Velázquez you'll be able to see it in much more detail. At something of a tangent, as the 25th March 2007 is

the 200th anniversary of the 1807 Abolition of the Slave Trade Act. This Act outlawed the slave trade throughout the British Empire and made it illegal for British ships to be involved in the trade, marking the beginning of the end for the transatlantic traffic in human beings (UK Government website)

I thought it seemed appropriate to point out that in this painting King Balthasar is depicted as a black man. As Wikipedia notes, 'Occasionally from the 12th century, and very often in Northern Europe from the 15th, the Magi are also made to represent the three known parts of the world: Balthasar is very commonly cast as a young African or Moor, and old Caspar is given Oriental features or, more often, dress'. Velázquez had a black servant (or possibly slave), Juan de Pareja, of whom he painted a portrait.
Posted by Laura Vivanco at Sunday, March 18, 2007