in romances there is frequent “use of the personal pronouns — me, he, him, himself — to signify this body part […]. The seemingly unavoidable use of these pronouns is a […] curious euphemistic practice because it equates the man’s penis with the man himself” (Johnson-Kurek 119). The sentence “She cradled the rigid length of him in her palm” (Castle 172) is an example of this kind of writing: the part seems to become the whole. Conversely, when the reader is told that a hero’s body has “Long, long legs, […] a broad back that went on forever, all golden-skinned and rock-hard” (Lindsey 47), the allusion to another part of the hero that might be long, broad, and hard is not subtle.

As Sarah Wendell and Candy Tan have observed, "Heroes are never soft. They are hard. Everywhere" (94). The hardness of a hero's physique isn't just a metaphor for his sexual "hardness": it also implies that he is socially, politically, and/or physically strong. Indeed, the word "hardman" is defined by the Oxford English Dictionary as meaning "a tough, aggressive, or ruthless man." Hardness, in other words, is used metaphorically to imply power of various kinds. 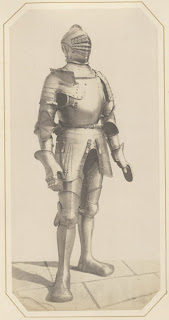 In her guide to romance writing, Kate Walker states that

the alpha male is strong, powerful, forceful, dynamic and successful ... add in all the rest of it - the cars, the money and the looks - and you have a romance hero. But at heart he's just a human being. [...]
If the hero is totally untouchable, how is he ever going to fall in love? What is it about the heroine that touches something in him in a way that no one has ever done before? [...] There must be a chink in his armour - the reason why he's doing something or the soft inner heart that he's trying to protect - through which your heroine can reach him. (109-110)

Softness, then, as in the phrase "soft inner heart," suggests emotional openness, and even if alpha heroes are allowed some emotional softness, softness is generally symbolically associated with heroines' bodies and their warm, nurturing personalities. The description of the soft and hard bodies is, then, often not simply a description of bodies, but also hints at the gender roles of the people whose bodies are being described.

Contrasts between a hard man and a soft women often serve to emphasise difference between the genders:

His body was rock solid against hers, complementing her softness, accentuating the fact that she was a woman and he was a man. (Carroll 43)

But are women's bodies really always softer than men's bodies? And what are the implications of a masculinity which requires constant "hardness" from someone who is "just a human being"?

The poet Richard Jeffrey Newman has been writing a series of posts titled "Fragments of Evolving Manhood" and one of them is a "slightly edited version" of "the conclusion to an essay about pornography called 'Inside The Men Inside "Inside Christy Canyon,"' that I published in 1994 in the now-defunct literary journal called 'The American Voice.'" In it he quotes a poem by Sharon Olds:

When I was a connoisseuse of slugs
I would part the ivy leaves, and look for the
naked jelly of those gold bodies,
translucent strangers glistening along the
stones, slowly, their gelatinous bodies
at my mercy. Made mostly of water, they would shrivel
to nothing if they were sprinkled with salt,
but I was not interested in that. What I liked
was to draw aside the ivy, breathe the
odor of the wall, and stand there in silence
until the slug forgot I was there
and sent its antennae up out of its
head, the glimmering umber horns
rising like telescopes, until finally the
sensitive knobs would pop out the
ends, delicate and intimate. Years later,
when I first saw a naked man,
I gasped with pleasure to see that quiet
mystery reenacted, the slow
elegant being coming out of hiding and
gleaming in the dark air, eager and so
trusting you could weep.

Olds' poem presents men, and male sexuality, as soft and easily damaged. I found it interesting how the power dynamics shift when the male, instead of having a hard shaft which he will thrust into a soft body, seems soft and vulnerable, even as he grows hard: "the sensitive knobs" never threaten the "connoisseuse of slugs," and it is she who could represents a potential threat since she knows that "they would shrivel to nothing if they were sprinkled with salt."

I don't think slug metaphors will ever become popular in the romance genre, at least not unless readers decide that slimy invertebrates which damage garden plants are romantic (and even then there might be some prejudice against them because they're hermaphrodites), but heroes are sometimes shown to be physically vulnerable, and not just because they've been temporarily injured, but because that vulnerability, that softness, is an intrinsic part of their nature as men:

His skin was surprisingly soft. She was careful to avoid the wound. Men. They thought themselves invincible with their strong bodies. They armed themselves to the teeth and clattered about in their armour, banging their shields together, riding their great horses. None of them facing the fact that underneath it all there was this, warm, soft flesh. Beautiful flesh and muscle which, while it was wholly male, remained vulnerable - male flesh could be hurt as much as it could do hurt. Men. (Townend 2009, 212)

It's also possible for a heroine to be physically hard, like her hero:

"When I first met you, I wanted to do this. I told myself that someday I would, and that when I felt your flesh for the first time, it would be as hard and firm as mine is." He allowed her breasts to fall free [...] Then both hands were spanning her ribs, sliding down into the hollow above her navel as he dipped his head low and kissed her naked shoulder. "Your skin is perfect, not soft like most women's. Whoever said soft skin was sexy? (Spencer 173)

It's probably not a coincidence that when they play racket-ball, they do so as equals: "There were men who extended the courtesy of always letting ladies serve first. It had always peeved Winn. She'd win on her own merits or not at all" (135).

The photo came from Wikimedia Commons. Dating from 1857, it was taken by Andreas Groll and shows a suit of armour.
Posted by Laura Vivanco at Tuesday, October 05, 2010