What does seem clear [...] is that the struggle over the romance is itself part of the larger struggle for the right to define and to control female sexuality. (Radway 17)

That was the assessment made by Janice Radway, writing in 1991 about "writers who are trying to incorporate feminist demands into the genre" (17), but it seems no less applicable to the genre today, except that nowadays the struggles related to sexuality are not solely about "female sexuality" but about a much wider range of sexualities. For example,

In what appears to be yet another line drawn in the sand between conservatives and liberals in the broader cultural debate on LGBT rights, a letter from Romance Writers of America member Janet Butler, published in the July 2006 issue of the Romance Writers Report, asks that the RWA redefine the romance genre to include only love stories between one man and one woman. [...]

In her letter, Butler responded to a letter printed in the May 2006 issue of RWR on redefining romance. She argued: “Romance isn't about just any ‘two people' celebrating ‘love in all its forms.' [...] What brought romance fiction to its present level of success is a collection of decades' worth of one-man, one-woman relationship stories, in all their richness, variety, and power. RWA should be the first to endorse that, rather than attempting to placate fringe groups trying to impose their standards upon the rest of us. If anyone's in danger of being ‘censored' here, it's believers in ‘what comes naturally': one-man, one-woman romance.” (Lo) 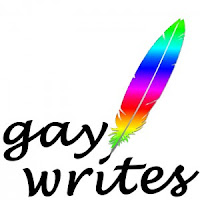 Dear Author isn't censoring anyone; this week it's giving away "more than 125" books with LGBT protagonists as part of its “Gay Writes” campaign. Here's Sarah Frantz, explaining why, in a video posted as part of the It Gets Better project, begun

by Dan Savage in September 2010, in response to the suicide of Billy Lucas and a number of other teenagers who were bullied because they were gay or their peers suspected that they were gay. Its goal is to prevent suicide among LGBT youth by having gay adults convey the message that these teens' lives will improve. (Wikipedia)

I was interested to find out more about Sarah's view of her role as a literary critic of the genre, and she's agreed to be interviewed for Teach Me Tonight.

Laura: In the video you say that

A lot of people would scoff at the idea that one could learn anything useful from a romance novel. Could you mention just a few of the things that readers can learn from romances?

Sarah: I have always claimed that I learned everything I know about communication in a relationship from romance novels. I learned to make sure both partners get heard, that we keep talking until no one feels resentful anymore, to make sure that both partners figure out how to talk to each other. And it's served me well for 20 years. But I have also learned that everyone deserves love, no matter their past traumas, past relationships, or how they're viewed by society. And of course, reading romance is a way to gain sexual knowledge in a way that demystifies a sexual practice. These, of course, combine to demystify all sexual identities, GLBT and BDSM.
One of the reasons for National Coming Out Day, among all the other fabulous reasons, is that the most important thing a GLBT person can do to help gay rights is to come out, because the thing that changes people's minds about gay rights more than anything else is knowing someone who is GLBT. So when the homophobes scream about how gay people in the media are normalizing the homosexual "lifestyle" and making it more acceptable to the general populace...they're absolutely right. So, GLBT romances, or GLBT characters in heterosexual romances, can expose readers to the fact that GLBT people are just people. And that's a wonderful thing to learn too.
Laura: Would you agree that "the struggle over the romance is itself part of the larger struggle for the right to define and to control sexuality"?

Sarah: Yes, but I think the opposite way Radway means it. I'm not clear whether Radway's talking about the struggle during the romance narrative, or the struggle over the romance genre itself. I'm talking about the romance genre: I think, fundamentally, romances are about female pleasure. And part of that pleasure is sexual pleasure, but it's also the pleasure of reading and the pleasure of choice. People don't tend to engage in activities they don't enjoy, that don't bring them pleasure. So romance's ability to bring pleasure to its readers is very important and, I think, utterly untheorized.
I recently had a frustrating discussion with a colleague who seems stuck in the reductive Second Wave feminist belief that all heterosexual romance must diminish female power (however that power is defined) because heterosexual romance is so deeply implicated in patriarchy. So any discussion of romance is a discussion about patriarchal power and any romance is by definition destructive. I once saw Naomi Wolf speak and as much as I might take issue with what she writes in some of her books, she had a really important thing to say. To paraphrase: "women are told that the penis is their enemy, that the penis is out to control them, but lots of women go home at night after a hard day's work thinking of the penis as their friend." Romance, in all its many forms, can be problematic, but it's something most of us in the Western world want, whether we're gay, straight, kinky, or otherwise identified. And the fight over the romance genre is one about power and choice and sexuality.

Laura: Do you see some of your literary criticism as activism?

Laura: You mention in the video that you started writing reviews for Dear Author "specifically to review romances about characters with alternate sexualities because [...] everyone deserves their happy ending and because there are some brilliant GLBT romance novels out there." Are you currently writing any literary criticism of some of these novels?

Laura: Thanks very much for answering my questions, Sarah.

If you head over to Dear Author you can read more about their Gay Writes week, organised by Sarah.