Rape and the Romance Reader 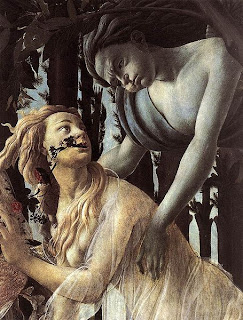 Janet/Robin at Dear Author has put up a post in which she explores the role of the reader, and in particular the reader's consent, in relation to rape/forced seduction scenarios in the romance genre. Given that, as Janet notes, "Traditional literary criticism of Romance [...] has not been particularly kind to the genre nor considerate of the idea that sexual violence has uses beyond mere escapism or sexual oppression," I think it's perhaps worth contextualising this discussion a little.

As Sarah Wendell and Candy Tan have written,

If there's a legacy that has lasted much longer in the popular conception of romance than its actual continued presence, it'd be the existence of rapist heroes in romance. [...] The truth of the matter is, although rape scenes have largely disappeared from romance novels published from the early 1990s onward, they were ubiquitous in romance novels from the early '70s to the mid-'80s. (136-37)

However, as was noted by Lynne Connolly,

For some reason, the “rape into love” types of stories have never been popular in the UK, never sold. So we missed the swathe of books in the early 1990's that depicted such scenes.

The romances Janet discusses in detail, "Christina Dodd’s 1997 A Well-Pleasured Lady," "Sara Craven’s 2009 The Innocent’s Surrender" (a Dear Author review, written by Jane, can be found here), and "Anna Campbell’s Claiming the Courtesan, published in 2007" (Janet's review of it can be found here) are relatively recent romances. Some readers may feel they contain rapes, but other readers may disagree; a discussion of rape in the romance genre is still pertinent because of the continued existence of "forced seductions," which for many readers are indistinguishable from rape. Janet acknowledges that

So, having got those details out of the way, I'll get back to Janet's argument. She explains in a comment that she was interested in

the way in which Romance seems to dance on the boundary between rape as a criminal violation against the heroine and the rape fantasy, which is purely a *sexual* fantasy.

In the first case, the power is firmly in the hands of the rapist, and we don’t speak of criminal rape as a sexual crime, but rather as a crime of violence and control. In the case of the rape fantasy, the power lies with the woman who undertakes the fantasy, and even when she appears to subjugate her will to the ravisher, she is cooperating and enjoying the encounter.

That there continues to be so much polarized discussion of which is which in what books ultimately forced me to shift focus away from the hero and heroine to the reader. What is is, in the reader, that makes a scene okay or not? What makes a scene criminal violence or sexual fantasy?

the rape fantasy, as a romanticized erotic interlude between the hero and heroine, will function as romantically successful, empowering, or liberating to the extent that the heroine and/or the reader responds to the incident and interprets/values its consequences within the context of the relationship and the story itself. For me, the key element in valuing these rape fantasies (sometimes referred to as forced seductions) is the extent to which the reader consents on behalf of the heroine, not only to the hero’s forceful taking, but also to the happy romantic ending that the couple share. Whether these incidents of sexual force are politically liberating or limiting in regard to female sexuality and patriarchal dominance is a distinct if related question, and one to which I will posit the answer as both.

The image is of a section of Sandro Botticelli's Primavera. It came from Wikimedia Commons. The section shown here depicts a scene at the far right of the painting in which

the west wind Zephyrus tries to seize the nymph Chloris. Ovid's Fasti relates that Zephyrus raped Chloris, married her, and then transformed her into Flora, whom Botticelli depicts to the left of Chloris. Typical of "heroic" rape imagery, it depicts neither overt violence nor sexual intercourse. Indeed, Chloris seems to suffer no great harm.... (quote from this page of quotations from Diane Wolfthal's Images of Rape: The "Heroic" Tradition and its Alternatives (2000).)