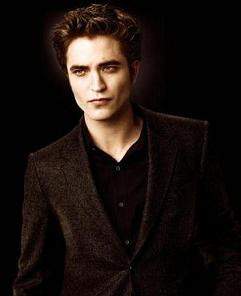 Maria Lindgren Leavenworth has observed that vampires are

creatures traditionally associated with breaking the norms of society and often linked to forbidden or deviant sexual desires. Although the vampire may be superficially gendered, its position outside humanity makes categorisations less applicable and it is often seen as occupying a position which slides between the poles of masculinity and femininity. (443)

Jessica at Read React Review recently wrote a post in which she summarises some of the sexual deviancy in Bram Stoker's Dracula, including the

Said he not that the transfusion of his blood to her veins had made her truly his bride… If so… Then this so sweet maid is a polyandrist, and me, with my poor wife dead to me, but alive by Church’s law, though no wits, all gone – even I, who am faithful husband to this now-no-wife, am bigamist.

Everyone says Dracula is a book about transgressing boundaries — geographic, gendered, sexual, bodily, material and spiritual.

According to Leavenworth, J. R. Ward's vampires, however,

represent supernatural power, sexual prowess and, paradoxically, protection of humans, but their vampirism is not used to illustrate a potentially subversive position, on the contrary, the novels represent a worldview characterised by at times ambiguous but in the end staunchly heterosexual relationships. (443)

She therefore turns to slash fiction based on Ward's novels because "in the slash analysed, homoerotic desire is at focus and the sexual ambiguity often connected to the vampire as a literary trope is to an extent reclaimed" (443). Here she finds that

Assertions and definitions playing on the notion of (at least homosexual) virginity in slash label situations as out of the ordinary, signalling that the space outside the norm is created specifically for the purposes of these encounters. (454)

While Leavenworth mentions male virginity only briefly, it is the focus of Jonathan Allan's "Theorising the Monstrous and the Virginal in Popular Romance Novels." He suggests that it is Edward's virginity which permits the heterosexual vampire hero of Stephenie Meyer’s Twilight novels to be considered a sexually deviant vampire: "It is not Edward’s vampirism that makes him monstrous or deviant, rather it is his virginity that makes him monstrous, deviant, anomalous" (6). Allan states that

male virginity would seem to fit within the realm of “defiant deviance” precisely because it extends beyond (or perhaps before?) an acceptable limit that has been established by the socio-cultural environment. Accordingly, I would argue that the virgin male is defiantly deviant when he chooses to maintain a virginal identity. The problem, it would seem, for which we must account is why female virginity is not deemed, at least in most scenarios, monstrous while male virginity is indeed quite monstrous, deviant or anomalous. (2)

Since the Twilight novels do not explicitly state that male virginity is monstrous, Allan quotes from Eloisa James's When the Duke Returns in order to demonstrate that this is indeed an attitude prevalent in contemporary society: “the heroine, after realising that her husband - they were married when she was twelve and he has been away for a decade or so - is a virgin, remark[s]: 'I’ve married a monster!' ” (2).

Female virginity, however, is generally perceived as unremarkable in the romance genre. A male virgin, then, may perhaps seem "monstrous" or deviant because virginity is so closely associated with femininity, and he is therefore "occupying a position which slides between the poles of masculinity and femininity" (Leavenworth 443). Although the sliding in itself might be seen as the cause of the deviancy, a further complication to this discussion of the monstrous and the deviant is provided by Kathleen A. Miller's “A Little Extra Bite: Dis/Ability and Romance in Tanya Huff and Charlaine Harris’s Vampire Fiction”. Miller observes that, as

Rosemarie Garland-Thomson notes [...] Aristotle sets up a masculine “generic type” against which all physical variation appears as different, derivative, inferior, and insufficient. This establishes the Western tradition of viewing woman as a “diminished man,” one who is monstrous, and is the first step on a “path to deviance.”

The view that woman are monstrous has manifested itself in many ways down the centuries, but I wish to mention just two instances which may recall aspects of the vampire. The first example, which perhaps calls to mind parallels with the deadly contagion of vampirism, is the medieval belief that "the female organism was capable of producing poison, in other words death or illness" (Jacquart and Thomasset 75). This found expression in

the story of the Venomous Virgin, dear to writers of the thirteenth century. A king who was mistrustful of the growing powers of Alexander brought up a girl whom he fed on poison. When the girl was completely venomous, the king sent her as a present to the young Alexander. [...] The poison that this slut was capable of getting used to was the secretion of her own organism; the death that she delivered to everything that approached her was the purest, most brutal, but also sincerest expression of an interiorized fear of woman. (Jacquart and Thomasset 191-192)

The second involves the medieval medical theory of the humours. It was believed that "in order for a woman to remain fertile she had to be kept moist, and the one way that nature had provided for women to be kept moist was through sexual intercourse" (Bullough 493). Women's need to absorb moisture from men could, however, have deleterious effects on the latter:

Three of the most frequently cited dangers of inordinate sexual intercourse were loss of strength, accelerated aging, and premature death. Medical theorists, preachers, theologians and even lawyers taught that coitus weakened the body. Aquinas explained that in wartime wise commanders cast women forth from their camps so that soldiers might not spend their strength in carnal indulgence [...]. Bonaventure, the son of a physician, argued that all sexual intercourse was dangerous to health and that the sex act helped to shorten one's life. [...] In general excessive coitus was thought to deplete the body of its natural moisture while increasing the heat in the body, a condition that quickly left the body dry. (Solomon 56)

In that cultural context, "staunchly heterosexual relationships" could perhaps be considered not unlike unions with a monstrous being who would drain one of life-giving fluid, and a man's decision to remain a male virgin might therefore be celebrated rather than taken as an indication of monstrous deviance.

It seems that who, or what, is considered deviant and/or monstrous may shift and change, but fear of the dangerous Other, mixed with varying degrees of sexual fascination, persists.

Fanpires: Audience Consumption of the Modern Vampire
[...] This edited collection will examine the cultural resurgence of the vampire. It aims to provide inter-disciplinary accounts of the reception and cultural impact of contemporary representations of the vampire evident across a broad range of mediums, including literature (e.g. Evernight, The Vampire Academy), film (e.g. Twilight saga), television (e.g. The Vampire Diaries, True Blood), graphic novels (e.g. Chibi Vampire) and games (e.g. Vampire Rain). The appeal of vampire mythology and its associated folklore for modern audiences will be examined in an age characterized by the transformative possibilities of the internet with both its low barriers to artistic expression and the erosion of the boundaries between author and audience.

The deadline (undead-line?) for submissions is October 29th, 2010. More details can be found here. And

Open Graves, Open Minds: Vampires and the Undead in Modern Culture (Edited Volume and Special Journal Issue)
[...] The irony of creatures with no reflection becoming such a pervasive reflection of modern culture pleases in a dark way. Since their animation out of folk materials in the nineteenth century, by Polidori, as Varney and in Le Fanu and Stoker, vampires have been continually reborn in modern culture. They have stalked texts from Marx’s image of the leeching capitalist, through Pater’s Lady Lisa of tainted knowledge, to the multifarious incarnations in contemporary fictions in print and on screen. They have enacted a host of anxieties and desires, shifting shape as the culture they are brought to life in itself changes form. More recently, their less charismatic undead cousins, zombies, have been dug up in droves to represent various fears and crises in contemporary culture.

Essays are sought for a book-length collection on the theme of the undead—vampires and zombies—in modern culture and for a parallel special journal issue. The aim of the book is to relate the undead in literature, art, and other media to questions concerning gender, technology, consumption, and social change.

More details here.
------
The photo is of "Edward Cullen as portrayed by Robert Pattinson in the New Moon film" and is from Wikipedia.
Posted by Laura Vivanco at Wednesday, September 08, 2010