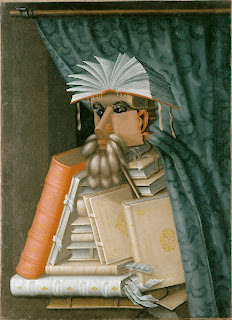 Laura Vivanco
A recent review of Bettie Sharpe's free ebook, Ember, reminded me that I haven't put up any links to online romances for a while.

Ember is available from Bettie Sharpe's website, and can either be downloaded as an ebook or read online. It's a reworking of the Cinderella story which offers the reader a startling, alternative version of how the story of Cendrillon (the title it was given by Perrault) came into existence.

Sharpe's tale may, however, be truer to the original versions of the story for, as Terri Windling observes:

The old tales, as Gertrude Mueller Nelson has succinctly expressed it (in her Jungian study, Here All Dwell Free) are about "anguish and darkness." They plunge heroines and heroes into the dark wood, into danger and despair and enchantment and deception, and only then offer them the tools to save themselves — tools that must be used wisely and well. (Used foolishly, or ruthlessly, they turn back on the wielder.) The power in fairy tales lies in such self–determined acts of transformation. Happy endings, where they exist, are hard won, and at a price.

Windling mentions the older Italian version, Cenerentola, in which we have a Cinderella who murders one step-mother only to find her replaced with an even worse one. And let's not forget the Grimm's version, Aschenputtel, in which one of the step-sisters cuts off her own toe, and the other part of her heel, in their desire to fit their feet into Cinderella's tiny shoe. Their deception is revealed when the prince looks more closely and sees first that "the blood was streaming from" the foot of the first step-sister and then that "the blood was running out of her [the second step-sister's] shoe, and how it had stained her white stocking." This tale ends on the moralistic note that "for their wickedness and falsehood, they were punished with blindness as long as they lived" but no such punishment is inflicted on the murderous Cenerentola. In comparison with her, Bettie Sharpe's Ember begins to seem considerably more virtuous than she thinks she is. Ember's no shy virgin, though, so anyone who would prefer not to read something containing strong language should stay away from this story.

Oh, and for those who don't know, "nieves," which is mentioned in the last chapter, is Castilian for "snows," though the allusion is probably clear enough from the context that non-Spanish-speakers can work out the implications. Sorry to be cryptic, but I'm trying to avoid giving away any spoilers.

On the subject of re-imagining and retelling fairytales, Eloisa James wrote an article called "My Fairy Godmother, Myself" in which she argues that

Cinderella was never about the prince. It was about the wonders of a magical transformation. [...] That turns out to be the key to rewritten Cinderellas: the heroine learns to honor and appreciate her pre-transformation self, forcing the prince to do so as well.

I'm not really sure if that would be true of Ember, but maybe we can discuss that in the comments.

And going beyond the "happily ever after" are Kate Hewitt's online short stories "A Breath of Fresh Air" and "The Locket," which have heroines whose long-term relationships are in trouble. In her "Dreams to Share" the heroine learns to look beyond the more obvious trappings of true love. In her essay Eloisa James says that

We're trained to believe that princes fall in love as soon as a woman shows up in the right dress. But what if he doesn't? What if one night of dancing isn't enough? The way, frankly, one night at a club isn't enough in real life?

Real life love-stories may not always look as romantic as the ones in which the hero spots the heroine wearing a beautiful dress and immediately falls in love with her, but that doesn't necessarily mean they're lacking in true love.


The illustration is Giuseppe Arcimboldo's The Librarian (c. 1566), from Wikipedia. Arcimboldo's probably best known for his portraits made out of vegetables. I can see echoes of his technique in Carl Warner's amazing still-life food photography and some of Jacquie Lawson's animated e-cards (particularly this one for the 4th of July and this one, for Thanksgiving). And there is a link back to Ember, in which there's some mention of possible unconventional uses for vegetables, and in which people's appearances can be deceptive.
Posted by Laura Vivanco at Saturday, January 19, 2008