Publish and be damned: Incorrect Use of Source Material in Fiction 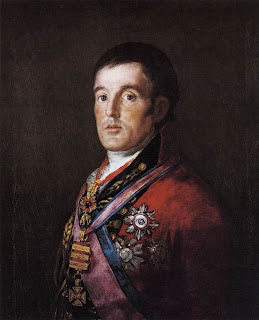 I'm applying the Duke's words to a rather different situation, but they seem apt. Any author who uses source material incorrectly, and is discovered to have done so, is liable to get into a lot of trouble. However, although some types of usage are very clearly wrong (and Sarah's going to be posting more about that later) there are some rather tricky areas, where authors have to exercise a bit more personal judgement about what is, or isn't, acceptable use of source material.

Over at Dear Author Sandra's asked about some of these greyer areas in the relationship between texts and what type of referencing can realistically be expected in a work of fiction. Janet/Robin's given her answer, but I'd like to take a look at this too, in a bit more detail.

Do you seriously propose that the same standards should be introduced in fiction?

Obviously one isn't going to expect fiction to be written in MLA style with a full bibliography, footnotes and references within the text to the source of each fact or quotation.

Beyond that acknowledgement of an acceptable difference between the standards expected in fictional and non-fictional works, things become rather more tricky. In general, it's easy enough to say that an author of fiction needs to read non-fiction texts, absorb the information and include it into the fiction in a way which is not simply paraphrasing or quoting chunks (or entire original phrases) from the non-fiction text. It remains a controversial area, however, particularly with regards to the use of historical sources:

Historical details, as McEwan has said, bring life and vigour to fiction. The imagination is crucial, but research brings truth. So what is the novelists’ responsibility to their sources? How can a contemporary novel speak to the past, or speak out of it, as Adam Thorpe puts it? (Alden)

My feeling is that if an author of fiction want to include any text verbatim from other sources there needs to be a very good reason for it. The treatment of the material will also differ depending on
Similarly, if the novel is based on a real person that the public could not be expected to recognise, then I would expect that to be mentioned somewhere, otherwise the public might be deceived by the text which is usually to be found on the copyright page and which usually runs something like this:

This is a work of fiction. Names, characters, places and incidents are either the product of the author's imagination or are used fictitiously, and any resemblance to actual persons, living or dead, business establishments, events or locales is entirely coincidental. (from the copyright page of a novel published by Harlequin)

Clearly that would not be the case if one had a large chunk of one's novel set around the Duke of Wellington and the Battle of Waterloo. However, they're famous enough that readers could be expected to know that the battle was a real event. If it was a less famous event, though, or a less famous real person, then some recognition of that would be required, I'd think, in a historical note at the end/beginning of the novel.

In addition, if one's borrowed very heavily from particular sources, the extent of the debt would need to be made clear. Amanda Grange, for example, has written several novels which are heavily based on works by Jane Austen, and that's clear right from the start, in their titles: Mr Darcy's Diary, Mr Knightley's Diary, and so on. Grange is in no way attempting to pass off either the plots or the characters as her own, but openly and fully acknowledges her debt to Austen. The same sort of proceeding would also apply to non-fictional sources. Being lightly inspired by someone's account of her time as a wartime nurse is rather different from a novelist using several scenes from the nurse's autobiography as the basis of several scenes in a novel. The latter would require rather more acknowledgement, and use of her actual words would demand yet more.

Intertextuality, the relationship between one work of fiction and other, earlier, works of fiction, and the way it should be dealt with by authors is also much debated and disputed. It does depend, I think, on the extent to which you can assume that your reading public will be able to recognise what you're doing, how close the parallels are between the two texts, and whether any material is being used verbatim. The more obscure the source text, and the greater the reliance there is upon it, the more need there is for explicit acknowledgement of this.

I think it would be a reasonable expectation to assume that at least some members of the public would recognise intertextual allusions to myths, fairytales, Shakespeare, the Bible and other well-known texts and tales. I think it would also be a reasonable expectation to assume that the public would recognise other texts which are perhaps less authorative, but are well-known at the time of writing, such as some works of popular culture.

However, if an author of fiction found a relatively obscure play/novel/poem/film (and as with the famousness of real people and their public statements, obscurity can be difficult to define, and there will be borderline cases) and quoted chunks of it in the text and/or paraphrased chunks of it and/or borrowed significant amounts of its plot, then I'd expect that to be recognised somehow in a historical/bibliographical note. If the characters just quote from poems/plays/novels, and it's clear in the text that they're quoting, then one probably doesn't need to have a complete bibliography, even if some of those works are not so well-known. But it might be of interest to readers to find out more about those poems/plays/films/novels. In Jennifer Crusie's Welcome to Temptation, for example, some of the characters quote from movies:

"Oh, relax." Amy peered at Sophie over the top of her pink cats-eye sunglasses. "It's a video shoot, not a bank heist. What could go wrong?"

"Don't say that." Sophie sank lower in her seat. "Anytime anybody in a movie says, 'What could go wrong?' something goes wrong."

A green sign that read Temptation 1/4 Mile loomed ahead, and Sophie reviewed her situation for the eleventh time that hour. She was going to a small town to make an unscripted video for a washed-up actress she didn't trust. There were going to be problems. They'd show up at any minute, like bats, dive bombing them from out of nowhere. A strand of her dark curly hair blew across her eyes, and she jammed it back into the knot on top of her head with one finger. "Bats," she said out loud, and Amy said, "What?"

Sophie let her head fall back against the seat. "'We can't stop here. This is bat country.'"

As far as I can remember, not every single movie quotation in Welcome to Temptation is "labelled" in this way, but many are, and the reader is certainly aware that the characters frequently quote from movies, even if he or she can't recognise the precise source of all the quotations. That would be acceptable in and of itself, but Crusie's also listed them on her website, which is a nice way of giving additional acknowledgement of the source of the material.

If the intertextuality is there and might not be recognised by the general reading public, but is minor, then it wouldn't need to be acknowledged. Loretta Chase has said that in Not Quite a Lady:

Hyacinth was inspired by the Empress of Blandings, of P.G. Wodehouses’s Blandings Castle stories.

Imagining a pig is easy, even for a city girl, but getting Hyacinth’s world right was trickier. What did a sty look like, exactly? What did it smell like? To create a believable fictional environment, I needed, among other things, live pigs.

Even if Chase had never mentioned this, it would have been quite acceptable, I think, because as one can tell from her description, Chase did not simply lift Wodehouse's description of the Empress of Blandings and place it in her novel. She was inspired by Wodehouse's text, but then made the pig her own by doing further research and writing about it in her own words.


The portrait of the Duke of Wellington is by Francisco de Goya, and is from Wikipedia. More details about the painting can be found on the website of the National Gallery, London.
Posted by Laura Vivanco at Sunday, January 13, 2008