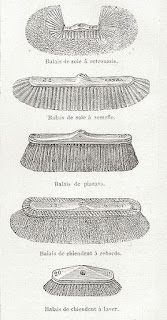 The first is Amanda Joyal's M.A. thesis, "From Victorian Literature to the Romance Novel: Disability and the Courtship Plot," which comes complete with its own counter-example. It


is largely concerned with popular romance novels as a site of criticism for disability because of its widespread popularity and locates Victorian fiction such as Jane Eyre and Olive as the predecessors of modern romance novels. Stereotypes of disability that pervade Victorian literature tend to be present in the modern romance; characters desire cures for their disabilities and operate as pitiable figures within the courtship plot. I analyze the ways in which the disabled protagonists of Yours Until Dawn, Stranger in Town, and Annie's Song must be rehabilitated by their partners in order to be a viable participant in the courtship plot. For male characters, this involves reclamation of their masculinity in order to compensate for the feminization of their disability. Disabled female characters seem to have very little involvement in their own rehabilitation and instead rely on their male partners. In contrast, the heroine of Mouth to Mouth needs no rehabilitation in order to be seen as a sexual partner. Laurel represents a unique case that disability scholars should pay more critical attention to.

Unfortunately, I haven't been able to find any more detail about the thesis, other than that it was completed in 2012 at the University of Wyoming.
The second is by Cora Buhlert, who takes a closer look at the defence of romances which is based on the idea that they're "expressions of women's fantasies":


E.L. James [...] said [...] that the [Fifty Shades] trilogy is fantasy and portrays the sort of fantasy that people would not necessarily want in real life. We’ve heard this sort of explanation before as an apologia for the rapetastic bodicerippers of the 1970s and 1980s or for the continuing popularity of romances featuring ultra-possessive alpha males. And I cannot discount these explanations, because people have wildly different fantasies, as is their good right. But nonetheless, whenever I read another apologia that a book/film/series with stone age gender relations is just an expressions of women’s fantasies of ceding control, because they have to be so strong in real life all the time, I inevitably shake my head and think, “Whose fantasy exactly? Cause it sure as hell ain’t mine.”

I guess the main problem here is that a lot of what is considered romantic and swoonworthy in the Anglo-American part of the world, not just doesn’t do a thing for me, I actively dislike it. And I only wrote Anglo-American, because E.L. James, author of Fifty Shades of Grey, is British. But mainly, books like Fifty Shades of Grey or Harlequin Presents (which have several British authors as well) or the rapetastic bodicerippers of yesteryear are an American phenomenon and reflect the conflicted American attitudes about sexuality, namely that the only way a woman is allowed to enjoy sex without being labeled a slut is if she’s forced into it by an overpowering man. The old bodiceripper style romances were never as popular in Europe (including the UK) as in the US and most European readers I have spoken to actively hated them.

The third is from acrackedmoon at Requires Only That You Hate. The language is strong and I'm sure we could all think of romances which would serve as counter-examples. That doesn't invalidate her critique though: if anything, her "hatred and geekrage" seems to me to demonstrate the extent of the pain which romances can cause some people:


I don’t know about other queer women, but to me the prevalence of romance–not as a genre by itself, but romance as a pop-culture entity–fucked me up pretty severely [...] if you’re telling me that romance is categorically feminist, you’re contributing to this large damage in an insidious, silencing way. The proponents of romance-is-feminist school of thought like to pass such fiction off as inherently progressive because it is written mostly by women and targets women as an audience: it pushes the idea that reading these books is liberating and sex-positive and, what’s more, reading them is good for you. Because feminism! Liberation from the yoke of repression and sexual dissatisfaction!

Tell me this and I’ll kick you in the fucking teeth.

Yes, romance presents possibilities: as long as those possibilities involve finding a man. Yes, romance explores and depicts female desire: as long as that is a desire to have a cock shoved into your orifices. Yes, romance is about the “everywoman” whom we can all identify with as long as you can identify with a straight white woman from the first world. It reinforces the hegemony of what is normal, and what’s normal is straight sex, straight female desire, centering your life around the fantasy man, and being culturally rooted in the west. Romance enforces the hegemony of ethnocentricism, heteronormativity, and cultural imperialism. It’s not the only thing that does this: so does SFF, so does every other form of popular media.

Acrackedmoon is aware of the existence of lesbian and m/m romance; there are romances about people other than straight white women from the first world. Just, not a lot of them. Taken as a whole, popular romance fiction does marginalise certain kinds of stories and certain kinds of protagonists.