The RWA (that's the Romance Writers of Australia) held their sixteenth national conference in Sydney, from the 10th-12th August 2007. Here's a newspaper report from the conference which notes that 'The problem for Australian writers of romantic fiction is that it is largely ignored by Australian publishers, save for the odd outbreak of its younger sibling, chick lit. The global centres for romance publishing are New York, London and Toronto'.

In this context, it seems like a good time to discuss just one of the issues arising from Juliet Flesch's From Australia with Love: A History of Modern Australian Popular Romance Novels, that of national identity. Flesch argues that 'Australian romance novels are distinctively Australian in both style and ethos' (2004: 13). She demonstrates very convincingly that many Australian romance authors write about Australian locations and touch on specifically Australian cultural issues (e.g. in novels which feature remote outback locations or which describe Aboriginal culture and characters) but of course not all do (this is particularly the case with the Australian authors of historical romances set in Regency England).

I'm not quite so convinced by the suggestion that all the authors share a common Australian 'style and ethos'. There are a very large number of Australian authors (take a look at the list here) and to take just a few, I'd say that Anne Gracie's style is different from Stephanie Laurens' (who, incidentally, was 'was born in Ceylon (now Sri Lanka)', while Ally Blake's is very different from Margaret Way's. Flesch does, in fact, acknowledge that 'Each writer is an individual whose moral view, narrative preference and skill and sense of humour are different' (2004: 285).

It's a relatively easy matter to identify the nationality of romance authors, although a difference between place of birth and place of residence may complicate matters. Jo Beverley, for example, was born in the UK but has lived in Canada for decades. On her website she describes herself as a 'Proud Canadian and English author'. Note that's 'English', not 'British'. Before Gordon Brown (who's Scottish) became Prime Minister he was quite keen to emphasise his Britishness and he wrote about

a Britain that is defined not by ethnicity but, at its core, by common values and shared interests that, in turn, shape our institutions. Britain pioneered the modern idea of liberty and, not least from Adam Smith onwards, there is a golden thread that intertwines this unshakeable British commitment to liberty with another very British idea – that of duty and social responsibility, which comes alive in civic pride, charitable and voluntary endeavour, and encouragement for what Edmund Burke called the "little platoons".

Most nations subscribe to universal values like freedom, but it is how these values come together – in Britain's case, in liberty married to social responsibility and to a belief in what Churchill called "fair play" – and then are mediated through our institutions and our history that defines the character of the country.

It's hardly a new discussion, though. In 2005, for example, Julian Baggini wrote that 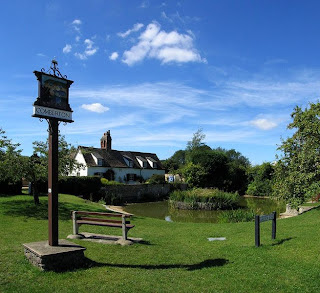 All previous attempts to capture what it means to be British and English have failed. Roger Scruton's essentially rural form of Englishness has nothing to do with the experience of the urban or suburban majority, while "cool Britannia" was a "metropolitan" construction which few outside the major cities - or in them for that matter - could identify with. 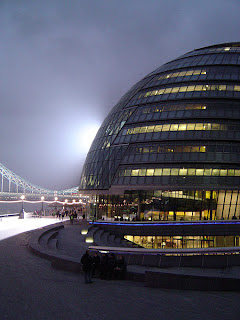 The problem is that Britain is wonderfully and irredeemably diverse, and the more specific your idea of national identity is, the more people it excludes. Go the other way, however, and you end up with something too thin. Brown's idea of Britishness included tolerance, liberty, fairness and civic duty. Those last two characteristics were also cited by Blunkett in his portrait of the English. But as the much wiser Lord Parekh pointed out, these can't be uniquely British values, as that would mean that the French, Indians or Danes aren't tolerant, liberal or fair.

I wouldn't deny that there are some broad national differences (though one has to allow plenty of room for personal difference and also cultural diversity within a state). I've even tried to analyse some in the past. But I wonder if Flesch is maybe going a little far in suggesting that

British romance writers are generally unremittingly serious, while American authors depend more on wisecracking dialogue. The laconic humour in Baby Down Under (a characteristic Charlton shares with many others, including Marion Lennox) also distinguishes her writing as Australian. (2004: 259)

She also reports that

Among the characteristics attributed by Australian writers to both hero and heroine are egalitarianism, independence of spirit, a sense of fair play and a sense of humour, as well as qualities which Lucy Walker might characterise as imperturbability and informality and later writers call being laid-back. At a writers’ forum [...] in 1999, one novelist commented that:

in confrontational situations between the hero and heroine, the heroine in a book by a British author is most likely to ‘pout and walk off in a huff without saying anything,’ whereas the Australian heroine is most likely to ‘tell the hero to get stuffed and say it like it really is.’ (2004: 259)

Personally I haven't noticed many British-authored heroines pouting and walking off in a huff. Is this because I haven't been paying attention, or because I haven't been reading the books which feature these heroines? Or is it because whichever Australian novelist made the comments has a certain idea about how Australians differ from British people in general? There's no doubt that there are stereotypes about 'Poms', but whether many British people would recognise themselves in the stereotype is another matter. And I'm fairly sure that many, many British women would 'say it like it really is' rather than huff and pout.

I suspect that there are differences between authors in terms of how aware they are of their own national identity and the extent to which they wish to promote/celebrate them. In 1957 Alan Boon (of Mills & Boon)

sent a copy of [Joyce] Dingwell’s eighth book, The Girl from Snowy River, to the Australian Minister for Immigration, with the comment, ‘We feel it is good propaganda for immigration.’ Dingwell [Mills & Boon's first Australian author] and her contemporary [and fellow Australian], Lucy Walker, both specialised in British heroines and wrote for a British readership. What they told their readers about Australia at a time of high interest in migration was therefore of considerable significance. (Flesch 2004: 276)

Nowadays Harlequin has a specifically American line, targeted at the American market, Harlequin American Romance, with guidelines which specify that 'it's important that these stories have a sense of adventure, optimism and a lively spirit—they're all the best of what it means to be American!' Yet there are also many differences within America, and some authors prefer to celebrate their particular region. BelleBooks, for example 'specializes in upbeat, sentimental, traditional fiction about life in the South. [...] we are primarily interested in gentle, wholesome stories about contemporary Southern life from the 1930s onward'. Here's a short, romantic story, Sweet Hope, by one of their authors, Deborah Smith, which has an extremely strong sense of place and of local traditions and characteristics.

Going back down under, but to New Zealand this time, Cheryl Sawyer's short story From Whence The Music Came was written 'partly in tribute to the love story of Hinemoa and Tutanekei'. The last sentence is: 'he knew what it meant to her to place her hands on each side of his face, kiss his eyelids and say his name, and press her lips to the mouth from whence the music came'. While it's easy to appreciate the romance, a reader can't fully understand the significance of the heroine's actions without knowing the story of Hinemoa and Tutanekei. Parts of it are referred to in 'From Whence The Music Came' but it's related in full here.

So, do romances often reflect the nationalities of their authors? And if, as in the case of the Australian authors writing for editors in America, Canada and the UK, the novels are edited and widely read abroad, does this affect the writing? Does writing for an international audience make authors tone down national differences because different nationalities of readers have different preferences?


The first photo is a panorama of Uluru (Australia) at sunset, from Wikipedia. The second is another panorama, this time of 'Sydney Opera House viewed from the water with the city skyline behind', again from Wikipedia. I chose them to demonstrate visually the variety to be found in the Australian landscape, and, in this case, between rural and urban, as well as between the outback and the coast. The photos of locations in the UK aren't panoramas, so I had to include them in a slightly larger size so that the details would be visible. This is no reflection on the relative size or merits of the UK and Australia. The first UK photo is of the village green in Comberton, Cambridgeshire, also from Wikipedia. It's in marked contrast to the Norman Foster design of London's City Hall, from Wikipedia.

Details of the Creative Commons licenses for all the photos can be found on Wikipedia, on the pages I've linked to for each photo.
Posted by Laura Vivanco at Friday, August 17, 2007