Women of the Romance Genre: In Charge of Love? 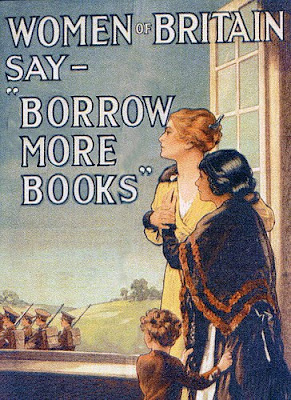 Some time ago I read Lynne Pearce's contribution to A Companion to Romance: From Classical to Contemporary, ed. Corinne Saunders, Blackwell, 2004. Pearce begins by stating that

In her original proposal for this Companion, Corinne Saunders observed that: "Romance exists in degenerate form in works of the Mills and Boon type" (my italics). As the author given the responsibility for dealing with this end of the romance spectrum, some manner of defense was clearly called for, and my initial response - "yes, but what is most degenerate is also most defining" - has stood up well to the way this chapter has developed. Like it or not, it is the template originating in these mass-produced romances that has become the twenty-first-century's base-line definition of romance. (521)

Hardly the most ringing endorsement of the genre, it is perhaps on a par with Ann Barr Snitow's conclusion that

In spite of all the audience manipulations inherent in the Harlequin formula, the connection between writer and reader is tonally seamless; Harlequins are respectful, tactful, friendly toward their audience. The letters that pour in to their publishers speak above all of involvement, warmth, human values. The world that can make Harlequin romances appear warm is indeed a cold, cold place. (262)

I was reminded of Pearce and Snitow's backhanded compliments when, thanks to a tweet from RedRobinReader, I came across an article about a forthcoming issue of Granta

dedicated to reflections on gender, power and feminism, in which Lydia Davis, Rachel Cusk, Jeanette Winterson, AS Byatt, Helen Simpson and Téa Obreht, among others, write wide-ranging pieces on women's places in the world, the place of feminism within storytelling and shortfalls of the Women's Movement of the 1970s.

Nothing there about the romance genre, but I was nonetheless reminded of Lynne Pearce's chapter, in which she had written that

Jeanette Winterson's highly popular novels may easily be thought of under the heading of "popular romance" notwithstanding the fact that they are also classified as "literary," "postmodern," and - rather more controversially - "gay" or "queer." What distinguishes them, and similar titles, from the "Mills and Boon" class is that small, but crucial, twist of "knowingness" with which the romantic/sexual adventures are described and analyzed. What is striking about a text like Powerbook, however, is that - in terms of its key "ingredients," and the way in which they have been marketed - this product is not very far removed from romance in its more "degenerate" form.
Putting to one side, then, the postmodern knowingness and irony in which Winterson's text is enfolded, a quick survey of what this text has in common with a classic Mills and Boon novel reveals why the depth of the structures/conventions linking them can also be used to explain the erosion of their generic boundaries, especially in terms of their readership. Apart from the fact that the core narrative tells the familiar story of a chance/fateful meeting between two lovers, a series of obstacles (husband/geographical separation), and reunion, what links this text with the common pleasures of popular romance are: its exotic locations [...]; its focus on the physical appearance of the heroine (in particular her "simple" but "expensive" clothing, 2000: 34); its sensual depiction of gourmet food [...]. (523-24)

Apparently in the forthcoming issue of Granta Winterson, "reflecting on the love affair between Gertrude Stein and Alice B Toklas, bemoans the loss of romance in our post-feminist age" and she states that

Women still have little power in the decision-making processes of government and industry. And the culture is punishing women as never before. We have to be smart, pretty, sexy, good in the kitchen, good at the office, good with the kids. Good in bed. Good at handling men. It is impossible. Older women are written off and teenagers feel they have to be sexually available all of the time. Hence the line in my story: Fucking is the new frigid. There is so little in the culture that helps us to love well, either ourselves or our partners. Love is a casualty of the upgrade culture but women just don't have time anymore to be in charge of love and that is everybody's loss.

I suppose it could be argued, though, that in the most "degenerate" form of romance women are, largely, "in charge of love." Whether that means the romance genre should be celebrated because it "helps us to love well," or taken as an indication that the world is a "cold, cold place," I leave it to each reader to decide. As for me, I'm wondering what light Smart Bitch Sarah's forthcoming Everything I Know about Love I Learned from Romance Novels will shed on the question.

The image, which is available for use under a Creative Commons license, was adapted by Phil Bradley. He altered the text from a World War 1 poster in order to support public libraries.
Posted by Laura Vivanco at Sunday, May 15, 2011