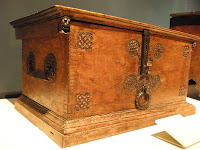 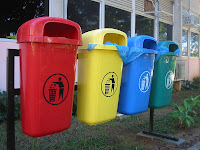 Over a year ago Janet at Dear Author argued that

Reading is an experience, and it is shaped by how one reads just as much as by what one reads. And that experience begins even before the reader has the book in hand. Clearly price is associated with value in a somewhat delicate balance. If people are asked to pay too much for books, we will buy fewer books and less content will be sustainable in the marketplace. If we pay too little for books, content can be perceived as de-valued, either because the creator gets little or no financial benefit for writing or because there is simply so much content available that consumers cannot or do not make discriminating choices.

According to Jennifer Crusie "There is a real correlation between how much somebody pays for something and how much they value it." Hence, I suppose the cachet of being published in an expensive hardback format. But is it just price that affects perceptions of the literary value of a novel? It would seem not. Crusie and Barbara also mention the importance of cover art and Crusie adds that:

you could often associate poor writing with poor production values, the self-published book was kind of a self-fulfilling prophecy. But not on the net. I think the production values are going to be where the stigma is.

Some aspects of the ebook/paper book debate remind me of an earlier period in publishing history. When Penguin was

Founded by Allen Lane in 1935, the imprint, at first operating under the aegis of Bodley Head, reprinted recently published successful books in stiff paper covers and clear type at the price of sixpence each, at a time when hard back editions of the same novels would sell for an average of 7s.6d. (Humble 56)

The result was that

Penguin made once highbrow texts available at a price and in a form – compact, pocket-sized, virtually disposable – that effectively transmuted them into the middlebrow, as they became widely available, widely read and commodified. Or rather – the very project of Penguins began to dissolve the highbrow/middlebrow divide. The strength of its series identity worked to dissolve the status differences between various forms of literature. (Humble 56-57)

It's worth noting that the covers of the Penguins "were consciously different from the gaudy, lurid paperbacks that preceded them" (Humble 56); they may have begun "to dissolve the highbrow/middlebrow divide" but it would appear that they left the divide between highbrow and lowbrow intact.

Nicola Humble suggests another way in which the literary value of what we read may be "shaped by how one reads just as much as by what one reads":

I want to suggest that it is the different ways in which the body is configured in the act of reading that provides one of the most powerful, if unconscious, contemporary modellings of the distinction between the high and the middlebrow [...]: books are ‘highbrow’ if read at a desk, pencil in hand, and middlebrow if read while ‘lolling in a chair or lying on the sofa, or in the train’. The battle of the brows can, on one level, be seen simply as a matter of sitting forward or sitting back. (47)

The position of the reader, she argues, is an indication of the reader's attitude towards what is being read. A different posture is adopted for the reading of serious, valuable texts because these are texts which, supposedly, call for a different type of reading:

The acquisition of new and distinctive reading skills was the initial point of entry into the literary academy for many, and I would argue that it is these skills and practices, above all else, that constitute the divide between the high and the middlebrow – both in the interwar years and ever since. Middlebrow and highbrow books are distinguishable, fundamentally, not by any stable intrinsic differences, but by how they are read. (46)

Upright, rigid, physically unable to relax, the scholar engages with his reading from a bodily position of alertness, hostility, separateness from the text. In marked contrast, the leisured reader lolls, relaxing into his book and chair, spine curled, virtually foetal, fleeing into the body with the comfort of sleep or womb rather than in monastic disavowal of its needs. (48)

I'm not entirely convinced that all scholars read their primary texts in a rigid, upright position but there does seem to be a perception that uncomfortable, difficult to read books are better and more valuable. For example, in "The Practice of Reading Good Books" Corey Anton states that

Many good books [...] offer natural resistances, not problems that could have been solved by simpler writing. [...] We should recognize this as one of their strengths. They gain part of their value because they can be so difficult, because they require patience and devotion. (71)

It is no coincidence that it is exactly as universities began to recognise English Literature as a subject distinct from the history of the English language, that there emerges a group of voices committed to establishing the notion of a distinct highbrow modern literary culture. If English Literature was to be recognised as a serious subject, one capable of rigorous examination, then it needed to have boundaries, definitions, and –most importantly of all – it needed to establish and privilege a very particular way of reading. The various forms of close reading pioneered by the ‘Scrutiny’ group and their followers all have in common an insistence on the need to study a text rather than simply consume it. The writing they championed was distinguished particularly by the need for close study. (45)

Many of us are aware, however, that it is entirely possible for romance readers to curl up in a comfortable position to enjoy reading Austen, the Brontës, and other "classic" authors rather than sit austerely upright in order to study them. Lillian S. Robinson, having bought, quickly read, and almost as quickly forgotten, a "novel called something like Bath Cotillion by one of the Heyer epigones" (221) asks

Does the reader who relished Bath Cotillion find that the issues and problems Jane Austen raises stand in the way of her story? Does the more elegant style interfere as well? Or do the superfluous elements of superior character, incident, and analysis simply go unnoticed? If this last is the case, as it must be for one segment of Jane Austen's modern readers, then it becomes somewhat more challenging to examine both the Regency romance itself and the sources of its appeal. (221)

While there may well be intrinsic differences between lowbrow novels and books which, unlike Austen's, are "distinguished particularly by the need for close study," I would argue that there are, nonetheless, a great many high, middle and lowbrow texts which can be read in both an upright and a recumbent position: we can read them for both pleasure and for study. Perhaps we should value them all the more for it?
-----
The photographs came from Wikimedia Commons. The "Chest with inlaid interior. About 1500 Italy, Friuli-Venezia Giulia. Walnut, with iron mounts over textile, and inlay of various woods"

combines security and elegance. It is made of walnut boards fixed with meticulous dovetail joints. It uses both internal and external hinges, as well as a steel lock. Inside are three banks of drawers and compartments to hold smaller objects, and space for a false bottom, under which particular treasures could be concealed.

It was photographed by David Jackson. The recycling bins are Brazilian and were photographed in 2005 by Patrick.
Posted by Laura Vivanco at Tuesday, May 10, 2011