Laura Vivanco.
As a follow-up to my post about developments in romance publishing in India, in which I also mentioned African-American romances, I thought it would be interesting to look at the situation in South Africa. According to the South African Romance Writers' Community,

While South Africa has a substantial number of romance writers, the majority are published in Afrikaans and are therefore only sold in South Africa. Over the years there have been a few South Africans who have published romance novels through international publishers (just don't ask us for names and details!) but not yet in sufficient numbers to make an impact on the global market.

African settings are rare in romances published elsewhere in the world, but those of us who've read older Mills & Boon romances may recall Rosalind Brett who

not only set sales records but would establish a new style for the Mills & Boon novel in the 1950s. Her name was Lilian Warren.
Warren wrote under three pen-names - Rosalind Brett, Kathryn Blair, and Celine Conway - and contributed 59 novels to Mills & Boon. Born in London, Warren [...] married and moved to South Africa, and travelled widely throughout the African continent. [...] The foreign settings appealed to readers weary of wartime deprivation. (McAleer 97)

and "Warren's sexy style as Brett, with its hint of violence, often had to be watered down by the firm" (210). Although Arlene Moore, author of the entry on "Kathryn Blair" in Twentieth Century Romance and Gothic Writers states that "A timeless quality in her writings makes her one of those rare writers who has something to say to any generation reading her" (79), there is a pervasive racism in Rosalind Brett's depiction of the secondary, black African characters. Of course, they always were secondary characters in those days.

Things are rather different now:

Moky Makura, a Nigerian-born author and publisher [...] set up Nollybooks in 2009 after picking up on Mills & Boon's huge global figures [...]. Nollybooks is inspired by Nigeria's thriving movie industry, Nollywood.
"Nollywood proved that Africans want to see themselves reflected in what they consume, and that is exactly what Nollybooks represents," says Makura. [...]
She is not the only one who has discovered this market. South African publisher Kwela Books has created Sapphire Press in response to a need for "black romance" in the country."Mills & Boon sell more than 20,000 units per month here," explains Lindsay van Rensburg, a junior editor at Sapphire.
"We thought it would be quite appealing for those readers to have access to books set in South Africa." (Boswell)

Like Makura, Sapphire Press have also learned from Mills & Boon: in their extremely detailed guidelines to authors they describe the "Typical style of a Kwela romance": 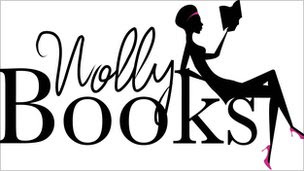 While Sapphire Books require "One or two intimate scenes [...] (though only between the heroine and the hero – no other boyfriends/lovers)," Boswell reports that there is no sex in Nolly Books romances:

"I don't believe that you need sex to have story-telling," Makura argues.
"I am trying to show young girls that you can have a heroine who is educated and doing well, but who doesn't sleep around or have to have sex, and still ends up with a good guy."

Another difference between the two publishers is that Nolly Books are "looking for authors who can create escapist fiction – a hybrid genre combining stiletto-sharp Chic Lit with to-die-for Romance."
---------