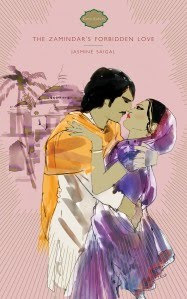 In my last post I wrote about interpretative lenses, and before I carry on with the follow-up posts I promised, I wanted to share a few recent links which offer some more perspectives on romances in different cultural and racial contexts. Courtesy of BevBB, here's a link to an article about romance novels in India, by Jerry Pinto.

As mentioned in the article, imported Mills & Boon romances have been available in India for many years and

“I think the race of the protagonists certainly played a role in the way these books were read,” says Radhika Parameswaran, a faculty member at Indiana University in the School of Journalism. Her PhD was titled “Public Images; Private Pleasure: An Ethnography Of Romance Reading In India”.

“At the time when I was doing my research in Hyderabad, the exotic pleasures of Mills & Boon included the notion that these characters were exotic people in exotic locales. But more than that, it was about the associated pleasures of the upper-class consumer experiences. It was about racing about in Ferraris and soaking in bathtubs.” 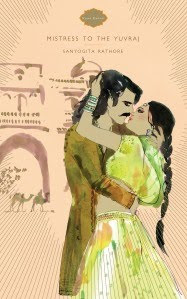 Jayashree Kamble has argued in "Female Enfranchisement and the Popular Romance: Employing an Indian Perspective" that

The progressiveness of romance fiction [...] becomes evident when the very narratives that appear reactionary are read through the perspective of readers whose social environments are markedly different from the post-feminist West. [...] To Indian readers, romance fiction can function as an extended discussion on what might justify the state of matrimony. While the genre offers romantic love as the only reason to marry someone (and is consequently labeled as an ideological construct), the heroine's love for the hero - and the love and respect she commands from him - may act as a means of resistance to the Indian ideology of marriage-as-inevitability. (170)

Support for this vision of romance as a genre which becomes significantly more subversive when transposed into an Indian context can be found in Pinto's article:

“For many young women in small towns, these books provide a way of thinking of themselves,” says Paromita Vohra, a filmmaker and writer, whose latest project with Penguin India is a series of investigations into how love is constructed as a concept in India. “There’s a certain knee-jerk feminist response to the Mills & Boon. It’s patriarchal, it suggests that marriage is the only thing a woman can want. But I think it’s time to look beyond that. If you’re living in a small town in India, the idea of working in a city, of dating a boy because you want to, is not just romantic, it’s adventurous. It means you’re exploring another possible self.” 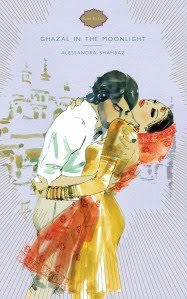 Despite the fact that M&B recently opened an office in India and held a competition to find Indian authors, it is still focused on selling romances written almost exclusively by authors from Australia, Canada, New Zealand, the UK and US and only extremely rarely featuring Indian characters. That's not the case with Random House's new romance venture: "Random House India has launched a series of historicals called Kama Kahani (Passion Stories)." I've included some of the covers of these romances in this post. Romances set in India, with Indian characters have been published before: "It’s not as if this hasn’t been tried before in India. One of the earliest attempts at genre romance came from the 72-year-old publishing house, Rupa & Company." That attempt, along with other similar initiatives by other companies, were not very successful so perhaps

The decisive factor will be: how many keepers can Mills & Boon India or the Kama Kahanis produce.

And then there’s Bollywood, India’s dream machine, which has a stranglehold on the idea of love and romance. “I’ll be watching these new titles with a great deal of interest,” says Parameswaran. “Because in India, love and romance seemed tied to particular media technologies. Love’s anarchic power is celebrated visually; its consumption has always been cinematic. I wonder if that will change. The very idea of romance in a Mills & Boon seems tied to a racialised fantasy of upscale whiteness. Hence Indian readers were not inclined to accept romance novels with African-American characters. The hero’s whiteness always plays a role in his fetishisation as love object.”

I wonder how many romances featuring African-American characters were ever offered to Indian romance readers. As Gwyneth Bolton (also known to us at Teach Me Tonight as academic Gwendolyn Pough) recently posted at Harlequin's blog,

Before Kensington published the first Arabesque novels fifteen years ago, there had been a few romance novels published that featured black heroes and heroines. There was Rosiland [Rosalind] Welles’s Entwined Destinies (1980) [published in Dell’s Candlelight Romance series], Jackie Weger’s A Strong and Tender Thread (1983) [published by Harlequin], Sandra Kitt’s Adam and Eva (1985) [also published by Harlequin] and Joyce McGill’s Unforgivable (1992) [published by Silhouette]. There were also attempts made to publish African American romance lines by Holloway House and Odyssey Books. However, romance novels that showcased black love had been sparse to say the least. That all changed when editor Monica Harris got Kensington to publish those first Arabesque novels. Kensington’s Arabesque line went from two to four books a month before it was sold to BET Books and then Harlequin’s Kimani Press. 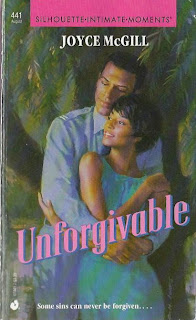 When Joyce McGill's Unforgivable was published, it included a letter to the reader from Leslie Wainger, Senior Editor and Editorial Coordinator. In it she stated that

For many years I have been closely involved with Silhouette Intimate Moments, having a strong voice in choosing what books we'll bring to you [...] and also handling the reader mail [...]. Over the years, one question has been asked of me many times. Sometimes the letter writer identifies herself as black, sometimes as a woman of color, sometimes as an African-American. But always the question is the same: Why aren't you publishing books about women like me, black women meeting and falling in love with black men? Always my correspondent tells me that she enjoys our books anyway [...] but that just one book about a black couple would make her happy, make her feel that she belongs fully to the fellowship of readers spanning the globe. This month I am proud to be bringing you - all of you, whatever the color of your skin - Unforgivable by Joyce McGill. (2)

Gwendolyn Pough has written elsewhere that

most black readers will tell you that they read black romances because they want to be able to relate to the book. They want heroines that look like them.

I believe that contemporary Black romance novels perform a kind of activism. These novels participate in the re-making of African American images and representations. They offer positive representations of relationships between black men and women. And they also work to rescue the images of black men and women from harmful stereotypes, often rewriting and remixing the stereotypes.

It's not just the contents of the novels that matter: the covers do too, because it is via covers that readers can literally see "images of black men and women" in romantic relationships. The Book Smugglers have a post up about the whitewashing of covers, and in it Ari explains why she thinks what's on the cover matters:

The message a whitewashed cover sends is that POC are worthless, that we mean so little that even if a book is written about us, we can’t be on the cover because the image of a POC won’t sell. Even if a book is about a certain topic, the cover can be completely different from the story as long as it sells. Now I want everyone to step back and think about this. Are you back? Is that not completely ridiculous? For all the “color blind “folks, let’s take color out of the equation. It would be like having a vampire on the cover of a book about a witch or a dog on the cover of a book about a horse, etc (except it’s 100x worse to whitewash a cover). Wouldn’t you be mad or at the very least puzzled? POC can read about white people, that’s “normal” and expected. But ask some white people to read about a POC and it’s a problem, “there aren’t many books about POC in my favorite genre” or “I don’t see color so I shouldn’t have to alter my reading habits.” I admit that I always thought it obvious as to why whitewashed covers are wrong, but I received a rude awakening when I started reading comments on other blogs that said things like “so?” or “I don’t really care because I don’t see color. I just read the story if it sounds good.” This is troubling for a few reasons.

First, the idea of “not seeing color” is ridiculous and sad. It’s sad because we live in a colorful world, with people who are all different shades. If you don’t “see color” then to me, you are saying I don’t recognize the beauty of all people who are of different hues. People come in all different colors and we should see this beauty and appreciate, not ignore it.