Laura Vivanco
Earlier this week Katherine Orazem from the Yale Herald asked me a few questions about the romance genre. Her article, "In Defense of Romance: Proving the Stereotypes Wrong," went online on Friday and it's well worth a read.1 Orazem's obviously done plenty of background research and she notes that

[Pamela] Regis’ work on the literary history of romance has traced the precursors of the genre back to Samuel Richardson’s 1740 epistolary novel Pamela, as well as works by heavyweights like Jane Austen, Charlotte Bronte, and E. M. Forster. Such proto-romances stretch back for centuries into the annals of great literature. “The love story with a happy ending is a very, very old type,” said Dr. Laura Vivanco, writer for romance-scholarship blog Teach Me Tonight.

In case anyone's wondering which works I had in mind, the answer is that in my reply to her I'd mentioned many of those included in Regis's A Natural History of the Romance Novel and listed above, as well as a number of works which are much older:

Many myths and legends are love stories, and many fairy tales end with marriages and happy ever afters. There were ancient Greek romances, including Longus's Daphnis and Chloe, although they, like their modern counterparts, have tended to have "had a bad press" (Williamson 23). Lovers in the literature of courtly love often meet with rather tragic fates, but some examples of medieval literature have more cheerful outcomes, for example the stories of Floire and Blanchefleur, and of Aucassin and Nicolette. Boccaccio included some love stories with happy endings in his Decameron. Shakespeare and others wrote comedies in which lovers overcome the barriers which separate them.

Despite this history—and the fact that several books possibly classified as romance are already included in the traditional literary canon—from their earliest days romance novels have drawn criticism. Willig, whose own novels earned her a nomination for the Quill Award in 2006, noted the widespread tendency “to dismiss romance novels as very thin productions.” But much of this criticism lumps romances together without considering the nuances and varieties of the category. As Vivanco said, “It’s a huge genre and if someone picks up a romance at random, it’s not likely that they’ll find one of the very best.”

Having read Orazem's article, I thought a bit more about the implications of some of the questions she asked me:

How do you consider the relationship between art and pleasure? Is the goal of art to bring pleasure and beauty, or to challenge and trouble us? Does art have to be difficult to be rewarding?

It seems to me that if someone picks up a romance at random, to assess whether or not it's art, the book they choose faces two obstacles in its attempt to convince a sceptical reader. The first, as I mentioned, is that the book may not be one of the best in the genre, but the second is that the sceptical reader comes to the book with preconceptions, both about the genre and about what "art" is. In “The Paradox of Junk Fiction” (recently discussed by Jessica at Read React Review - scroll down the page until you reach item 3) Noël Carroll, who includes romances in the group of texts he's labelled "junk fiction" (225) outlines the defining features of "junk fiction":

The junk fictions that I have in mind are all narratives. Indeed, their story dimension is the most important thing about them. [...] Junk fictions aspire to be page-turners [...] and what motivates turning the page so quickly is our interest in what happens next. We do not dawdle over [...] diction as we might over Updike's nor do we savor the complexity of [...] sentence structure, as we do with Virginia Woolf's. Rather we read for story. (225-226) 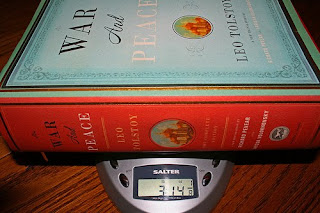 The trouble with this defining feature is that it depends in part on readers' behaviours. Can a literary text suddenly become junk fiction if I read it "for story"? A long time ago I read Tolstoy's War and Peace this way, and I read it fast. I read it so fast, I can't remember much about it now, I'm sorry to say. Does that mean it was just an engrossing page-turner that's largely forgettable? No, it doesn't. What it does suggest, though, is that the speed at which any particular reader, or group of readers, read a novel, and the extent to which they focus on the novel's "story" or plot, should not be taken as an indication of the novel's literary quality.

Another reader-based criteria on which it might be unwise to base judgements of literary quality is sales: "many novels which we would call high art have over a longer period of years, sold as well as many ephemeral bestsellers" (Cawelti, "Notes" 258) and conversely

The fact that a work is designed to please the audience, clearly does not mean that it will become popular. Otherwise, most Hollywood films and pulp novels would achieve the popularity of Hitchcock at his best, and works created primarily with a view to an artistic expression of the creator's vision would inevitably fail. (Cawelti, "Notes" 258-59)

Returning to Carroll and his definition, we find the following:

junk fictions are the sort of narratives that commentators are wont to call formulaic. That is, junk fictions generally belong to well-entrenched genres, which themselves are typified by their possession of an extremely limited repertoire of story-types. [...] Junk fictions tell these generic stories again and again with minor variations. (225)

I think it's significant that Carroll has been contrasting "junk fiction" with twentieth-century literary fiction. If he'd taken a look at medieval, Renaissance, or early modern literature, I think he'd have found it much, much more difficult to draw distinctions along these lines.2 As Cawelti once stated:

all cultural products contain a mixture of two kinds of elements: conventions and inventions. Conventions are elements which are known to both the creator and his audience beforehand - they consist of things like favorite plots, stereotyped characters, accepted ideas, commonly known metaphors and other linguistic devices, etc. Inventions, on the other hand, are elements which are uniquely imagined by the creator such as new kinds of characters, ideas, or linguistic forms. Of course it is difficult to distinguish in every case between conventions and inventions because many elements lie somewhere along a continuum between the two poles. Nonetheless, familiarity with a group of literary works will usually soon reveal what the major conventions are and therefore, what in the case of an individual work is unique to that creator. ("The Concept" 384-385)

Cawelti goes on to observe that "Most works of art contain a mixture of convention and invention. Both Homer and Shakespeare show a large proportion of conventional elements mixed with inventions of great genius" ("The Concept" 385) and Cawelti later wrote of Shakespeare that he

worked in a popular, commercial medium and accepted the limitations of that medium. He [...] made extensive use of conventional material; as we know from the many studies of his sources, most of Shakespeare's plays were adaptations of existing stories. His work is full of the stage conventions of his time and emphasizes [...] sensational crimes and international intrigues, madness and violence, mystery and romance. ("Notes" 264)

If only works with a high level of innovation and a low level of convention were to be accepted as "art" and "great literature," then a lot of works written prior to the twentieth century would have to be removed from the literary canon.

This leads me on to another set of questions that Orazem sent me:

When you approach literary analysis of a romance novel, do you treat it any differently than a work from other genres? Do romance novels have a different goal than other works, or are their artistic aspirations fundamentally the same?

I replied that "I think it's unwise to generalise: different romance authors will undoubtedly have different artistic aspirations." I've already mentioned that I don't think it's necessarily helpful to assess the literary merit of works on the basis of how fast they can be read or how popular they appear to be, and I think we also need to be careful about using authors' "artistic aspirations" as an indication of the quality of the work in question.3 One author could have lofty aspirations but fail miserably, whereas another author whose primary intention was to entertain by providing an exciting plot might also include complex characterisations, thought-provoking moral dilemmas and exquisite imagery. On the question of how we should study art/literature versus works of popular culture, Cawelti has written that

When we are studying the fine arts, we are essentially interested in the unique achievement of the individual artist, while in the case of popular culture, we are dealing with a product that is in some sense collective. Of course it is possible to study the fine arts as collective products just as it is possible to examine individual works of popular culture as unique artistic creations. ("The Concept" 382)

He suggests that if one wishes to "examine individual works of popular culture as unique artistic creations" then "the traditional methods of humanistic scholarship are the most appropriate, with some allowance for the special aesthetic problems of the popular arts" ("The Concept" 382). With my background, I don't see these as "special [...] problems." As a medievalist, the works of fiction I approached tended to contain high levels of what Cawelti calls "convention," as does the modern romance genre. And so, as Katherine Orazem reported,

Vivanvo [sic], who is planning a close literary analysis of Harlequin Mills & Boon romances, said she “approach[es] romances in the same way that I’d approach any other work of fiction.”

1 My opinion of the piece has not, I hope, been influenced by the fact that its author quoted me.

3 In many cases the author's intentions remain unknown to the literary critic. In others, the stated intentions are known, but may not be a reliable indication of the author's true intentions. I am thinking in particular of cases in which the "modesty topos" has been employed:

The "modesty topos" was a well-worn strategy in Renaissance writing for displaying "sprezzatura" -- an apparently unstudied, natural elegance of demeanor. (The contradiction built into this is fascinating.) In a warped way, the modesty topos manifests itself in the American consciousness. The folksy, downhome, southern style is politically popular because it aims to represent a trustworthy "regular guy" character -- as if anyone more articulate than oneself is as dangerous as Milton's silver-tongued Satan. (Nancy Weitz)

Janet Claire has commented that some Renaissance women writers employed

the modesty topos. The apologetic or self-deprecating idiom of several of the texts which will be considered needs to be read at other than face value. Paradoxically, to draw attention to a lack of learning or seemingly to acquiesce in patriarchal notions of female inferiority could disarm the male reader and prove an enabling device for the publication of women's writing.

Since we're discussing how to weigh up the value of different texts, I thought the photo of War and Peace on a set of scales was appropriate. The photo was taken by Jill Clardy, who titled it "War and Peace is 'Heavy Reading'." It's used under the terms of its Creative Commons licence.
Posted by Laura Vivanco at Saturday, February 13, 2010