Today is election day in the UK so I wanted to commemorate it by posting an appropriately political quote from a romance. Unfortunately, as I've mentioned before, there aren't a lot of romances which deal with politics and politicians, and the one quote I did find takes a rather cynical view of them:

She'd have two years to get to know everybody in town. That was only about two thousand people; she could do that. And she could make a difference, she was good at making people do what she wanted. She was born to make people do what she wanted.
"My God," she said, as the full meaning of her family's legacy for lying, cheating, and scheming hit her.
She was born to be a politician. (Crusie 380-381) 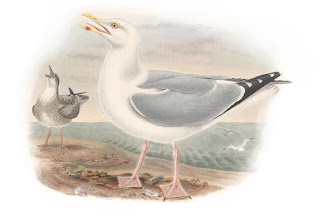 Personally, I'd rather stay a little bit more idealistic about politics, and if that makes some people think I'm gullible, well, so be it. But for those who're feeling cynical, here's a call for papers for a one-day conference to be held at the Université Rennes 2, France, on 22 October 2010:

The past year and a half has marked an extraordinary period in American history: the failure of several large banks and investment firms, a government buyout of historical proportions of the banking industry, and the implosion of perhaps the largest and costliest pyramid scheme in history. One might easily be led to believe that this period of rampant corruption and scandal marks a dark turning point in America’s history and future. But such a reading of history is too quick and too condemning. Bernard Madoff, Lehman Brothers, and AIG are only the latest manifestations of a long tradition of fakes and frauds in American history. The American colonial adventure itself carried its own history of fakery (or, more precisely, the ceaseless attempt to decipher the Divine from the potentially Satanic) in the religious origins of the colonies and the obsession with seeing the divine hand in one’s fortune or loss. The founding of the young nation, as historian Gordon Wood noted, also has its own history of anxiety rooted in eighteenth century fears of “plot and deceit, contradiction and paradox.” Add to these origins a whole series of monetary crises of confidence in the young republic, the great financial scandals as well as a rising culture of fraud and trickery during the Gilded Age and the quote “There’s a sucker born every minute…and two to take ‘em,” falsely attributed to showman P.T. Barnum but more likely uttered by Joseph ("Paper Collar Joe") Bessimer, a notorious late-nineteenth century confidence man, serves to illustrate the curious confluence of competitive pressure, invention, and the by-product of fraud that marks America from its earliest days. Indeed, the dawn of the twenty-first century could be seen as a rich coming to maturity of at least two centuries of confidence men and hucksters.

Present not only in culture and society but in the nation’s artistic production, the fake or fraud has also haunted the American imaginary from its earliest origins as well: the Puritans sought signs of God’s approval in the territory they colonized but were constantly troubled by the possibility that the signs they sought or deciphered were counterfeits, laid to entrap them. From Cotton Mather through the Salem Witch Trials, from The Scarlet Letter to The Confidence Man, Jay Gatsby, or The Recognitions by William Gaddis, American literature has been obsessed with properly deciphering signs, distinguishing the true from the false. As this short list indicates, the paranoia of American literature is in the possibility of being manipulated, of being taken in by the confidence game of letters and finding oneself holding the literary equivalent of a Bernard Madoff investment share.

Fakery, frauds, and confidence games are perhaps not the sign of an America reaching its end, but rather the confirmation that America continues according to its own peculiar logic. Indeed, could one not see in contemporary or recent manifestations of fakery and fraud confirmation of a particularly American dynamic? Instead of an aberration, could we not consider fakery, frauds, and confidence games to be part of what defines an American social and political territory and literary imagination?

Contributions on this topic in the domains of literature and civilization and culture are invited for a one-day conference. Please send a short one-half to one page proposal in English or French to conference organizers by July 15, 2010. Send to Anthony Larson: anthony.larson@univ-rennes2.fr

The call for papers brought to mind Judith Ivory's Untie My Heart and Jennifer Crusie's Faking It. Those are by American authors. But what about Georgette Heyer's The Masqueraders? Georgette Heyer certainly wasn't American and yet it's fairly clear that the heroine of that novel, and her family, have been accustomed to changing their identities, living on their wits, and duping other people. All About Romance have a few more examples in their list of Cons, Burglars, & Pickpockets but I still think it's a rather small sample on which to base any firm conclusions about whether there's a "particularly American dynamic" about fraudsters and con artists in the romance genre as a whole.

Perhaps it would be easier to argue that the romance genre "has been obsessed with properly deciphering signs, distinguishing the true from the false." Certainly many romance heroines and heroes seem to spend a lot of time trying to work out how they feel, and whether the object of their feelings reciprocates. They may ponder whether apparent contempt masks attraction, attempt to distinguish sincerity from practiced seduction techniques, and seek to determine whether or not they've found true love.

Could one consider the rake, as seducer, to be the conman of the romance genre? And when a heroine is accused of being a "gold-digger" is she being asked if she's the conwoman in the field of love and marriage? What about the many instances of mistaken and assumed identities (often with twins exchanging places, as in Heyer's False Colours)? Could those plots be considered to be about a type of "con"? Could such novels be exploring the extent to which love is elicited not by surface appearance, but by underlying personality?

And now, I'm off to my local polling station, where I may or may not ponder the factors which elicit votes from the general public.


The herring gull was drawn by John Gould and was made available by Wikimedia Commons.