In a post about ethical criticism, Jessica has outlined different possible ways in which to approach the ethical criticism of literature. In her own ethical criticism Jessica herself does not intend to examine the possible 'consequences' that reading may cause, 'for example, causing readers to accept morally salutary or problematic attitudes'. Nonetheless, she notes that

Romance readers talk a lot about the good effects of romance reading on their beliefs, attitudes and desires. They might say reading romance has helped them to be better communicators, to understand men, to demand their due from their partners, to get in touch with their sexuality, etc. That’s cool. But if we are going to do that, we also need to consider whether romances have had any negative effects. In other words, if you are going to play the “effects on readers game” you cannot rule out a priori (for example, by saying things like “Women are not just passive readers, i.e. dopes. We know the difference between fantasy and reality. Don’t infantalize and patronize us.”) any and all claims about negative effects on readers of romance novels.

Consider: how could it be that you only learned good or positive things from romance novels?

There are two options, as far as I can see. (1) Romance novels, the entire genre, only endorse good positive healthy attitudes towards gender, romance, love, sex, and everything else they take as their subjects (however those good attitudes are defined). That seems manifestly unbelievable to me, given my own experience as a romance reader, and given how large and diverse the genre is. That comes close to saying there is only one romance novel – one very morally good romance novel — and it has been written over and over.

Or (2) you know quite well that there is a lot of stuff you wouldn’t endorse in a romance novel, some of it apparently endorsed by the (implied — more on that later) author, but either (a) you don’t read those books, or (b) if you do, you don’t “learn anything” from them, because you filter the bad stuff out. Ok, but then, you aren’t “learning” anything from romance novels. Rather, you are applying a moral framework you already possess to your selection of texts, or to your reading of texts, only letting what you have already decided are “good” messages in. In that case, it would be more accurate to say that your reading of romance novels reinforces or deepens or lends specification to moral beliefs you already hold. I think that is much closer to what is really happening, personally. But if it is, then we have to accept that if a reader holds pernicious moral beliefs, she can find some warrant, some deepening, reinforcing or specifying, of those bad moral beliefs in romance novels, too. 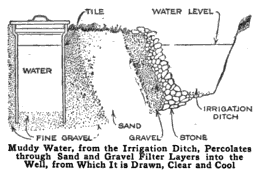 My feeling, as I mentioned in my response to Jessica's post, is that while of course we can try to select books which don't contain material which we'd find particularly distressing and/or offensive, it's likely that we're still going to come across 'bad stuff' in many novels and I'm not at all convinced that we can succeed in filtering all of it out all of the time.

The good effects of the genre have often been described in terms related to depression and its cure:

Alan Boon, the acknowledged genius behind [...] Mills & Boon romance, admitted the restorative quality of the novels which he edited for some forty years: 'It has been said that our books could take the place of valium, so that women who take these drugs would get an equal effect from reading our novels.' (McAleer 1999: 2)

Valium, though, like most other medicines, can have some unpleasant side-effects. In other words, the 'good stuff' may also contain some 'bad stuff'.

If we turn to a recent article by Kira Cochrane about women and depression we can find the following quote from 'psychologist and author Dorothy Rowe, a leading expert on depression':

"There's still this idea that you've got to be a wonderful mother, but you also have to have a brilliant career, and you've got to look attractive all the time," she says. "There is no way that you can maintain that and bring up children. But it's still being presented to women all the time, in every magazine, on every screen, that you should."

In the same article 'The former Scotland editor of the Observer, Lorna Martin, [who] wrote Woman on the Verge of a Nervous Breakdown' is quoted as saying that:

"There's massive pressure on women these days to hold down a good, rewarding, fulfilling job, but also to be a good mother, and then to look good, and to look after yourself. I think there comes a point where your body can't take it."

In other words, it's suggested that popular culture may contribute to the creation of depression. Could romance, the 'valium' of popular culture, do this too? I suppose it depends on how much you think fiction can influence readers and whether you agree with Rowe that the depictions of women 'in every magazine, on every screen' (and, presumably, in many books) create or sustain ideals which are difficult for real women to meet, and can therefore contribute to depression. What I think is certain is that there are plenty of romances whose heroines have fulfilling jobs/hobbies/work in their communities, are (or it's implied will be) wonderful mothers, and are beautiful/well-groomed/very attractive to their spouse or partner.

Is it possible that these heroines add to the pressure on women to live up to a particular ideal of womanhood? I think they may. The presence of gender stereotypes in romances between heterosexual protagonists is something that I've seen mentioned as one of the reasons why some women may prefer to read and/or write romances between male protagonists. Unfortunately I didn't keep track of the urls where these comments were made, and I'm certainly not saying this is the main, or only reason, for the popularity of m/m romance. But if at least some readers are choosing m/m over f/m and f/f in order to avoid gender stereotypes about women, then that would be an example of how readers can filter/select their reading material in order to block out what they feel is 'bad stuff'.

Romance heroines themselves, however, rarely buckle under the pressure to succeed. As Sarah at Monkey Bear Reviews has observed,

There appear to be several taboo topics in romance novels. One of these is depression. If we assume it is something we are all likely to experience at some point in our lives, to one extreme or another, it surprises me that it is not an issue which romance authors are prepared to tackle. [...] I’m talking about a story which focuses on the sort of character who is largely ignored and immediately dismissed as dislikeable because they languish on the sofa and require smelling salts. Wouldn’t it be interesting to find out why they are way they are? Don’t they also deserve a HEA?

I think they do.

Which is perhaps why I found Julia Quinn's To Sir Phillip, with Love very difficult to read. I'll leave you with a quote from the prologue and you can decide for yourself if you think it's an example of 'bad stuff'. The prologue gives the reader some information about Sir Phillip's dead wife Marina:

Marina had been melancholy. Marina had spent her entire life, or at least the entire life he'd known, melancholy. He couldn't remember the sound of her laughter, and in truth, he wasn't sure that he'd ever known it.

Nowadays, I'm fairly certain a character like Marina would be recognised as having clinical depression. After Marina has attempted suicide by throwing herself into the lake, Sir Philip thinks

How dare she refuse his rescue? Would she give up on life just because she was sad? Did her melancholy amount to more than their two children? In the balance of life, did a bad mood weigh more than their need for a mother? [...]

"I can't," she whispered, with what seemed like her last ounce of energy.

And as Phillip carried his burden home, all he could think was how apt those words were.

In a way, it seemed to sum up her entire life.

The heroine of the novel is not the depressed Marina. She dies and is replaced by the cheerful, competent, intelligent, Eloise whom Sir Phillip finds very attractive and who knows how to manage his rebellious children perfectly.
----

The illustration is of a ditch water filter, from Wikimedia Commons.
Posted by Laura Vivanco at Thursday, April 29, 2010