Writing as Therapy for the Author 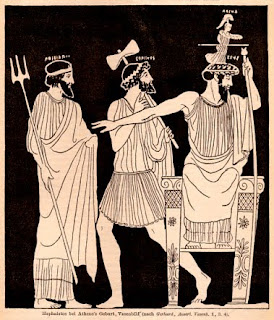 to question a disclaimer, routinely included in the front matter of every edition of my novels, which states:

All characters in this book have no existence outside the imagination of the author, and have no relation whatsoever to anyone bearing the same name or names. They are not even distantly inspired by any individual known or unknown to the author, and all the incidents are pure invention.

Reflecting on my creative practice [...] caused me to consider whether, rather than being 'pure invention,' the ideas most likely to inspire me to develop them into stories were those resonating with my lived experience. (314)

I've had my doubts about the truthfulness of that kind of legal disclaimer for some time, because authors frequently blog about their sources of inspiration. Trish Wylie, for example, acknowledges that "Justin Hartley inspired me to create Alex from [...] His Mistress: His Terms" and "the man who inspired Gabe in my linked book Claimed By The Billionaire Bad Boy [...] is Tom Welling." Kate Hardy has also mentioned a few of her sources of inspiration, and although she states that "Most of the time the inspirations [...] don’t remotely resemble the originals by the time I’ve finished with them," the sources of inspiration are still "distantly inspired" by real people, places, events etc.

Parv, though, wants to explore a different sort of inspiration, and the need it fulfills:

[Edited to add - I should have started by giving Parv's definition of a central term in her work, "restorying," so here it is:

I began to consider how writers including myself might frequently revisit themes and ideas which resonate with our lived experiences. I call this restorying, an unconscious process whereby aspects of one's life history are rewritten through one's creative work to achieve a more satisfactory result.

That should make the following quotes from her thesis rather more easy to understand. I apologise for not having included the definition when I first put up the post.]

catharsis in the form of restorying takes place within the creator of the work [...]. The research adds to our understanding of the therapeutic benefits of writing to the writer, while analysing an area not previously explored: the nexus between the writer's work and narrative therapy. (317)

Having accepted that writing is therapeutic, we can then look at how creative choices may be unconsciously cathartic, and how writers may be drawn to pursue themes and issues leading to this catharsis, rather than to themes which lack restorying potential. (322)

Parv's MA thesis contained a novel as well as this analysis, but only the analysis is included in the free pdf provided by the Queensland University of Technology. Since it's relatively short (around 40 pages) and readily available, it seems simpler just to direct potential readers to it. I'd rather not attempt to summarise it because it's not at all in my area of expertise and I wouldn't want to misrepresent the ideas it contains. That said, I think most of the ideas Parv explores are summarised in this quote from Christine Wells:

What we do when we write romance is bleed onto the page. A romance writer doesn’t open a vein, she opens her heart, and while our characters are not ourselves, never us, they do show truth as we know it. I never realize what truth I’m telling until I read the finished novel.

look at everything you’ve written down and try to find the patterns. If all the stories are about small towns, your pattern is easy. But what if some of them are about small towns, but one is about a detective agency in a big city and another one is about making a movie set in the middle of nowhere? Then look closer for the pattern: They’re all about small communities, relationships defined by environments. One of your books is about stray cats, another about drug addicts, another about people lost at sea: You write about saving the lost. Find out not what you think you should write or what the market says you should write but what you actually do write when you sit down at the keyboard. That’s your core story, the thing you return to obsessively even though you write it differently each time. That’s who you are as a writer.

The illustration is of the birth of Athena (the ancient Greek goddess of wisdom) from the head of Zeus. I found it at Wikimedia Commons. You could say that she was born in this rather unusual manner as a result of Zeus's attempt to repress some rather traumatic news.
Posted by Laura Vivanco at Wednesday, September 02, 2009