Every writing student has heard the rule that you should show, not tell, but this principle seems to be among the hardest for beginners to master. [...] Why is showing better? Two reasons. First, it creates mental pictures for the reader. [...]  Second, showing is interactive and participatory: it forces the reader to become involved in the story, deducing facts [...] for himself or herself, rather than just taking information in passively. (Robert J. Sawyer)


And apparently deducing facts may be very important in assisting identification with a character. Over at OnFiction Keith Oatley reports on the findings of Maria Kotovych, Peter Dixon, Marisa Bortolussi, and Mark Holden as outlined in "Textual determinants of a component of literary identification," Scientific Study of Literature, 1 (2011): 260-291.


Their idea is that just as when in conversation we make inferences about what the other person is thinking and feeling, so we do in coming to understand a character in a book. When we need to make such inferences we come to understand the character better, and can identify with that character more strongly.  [...]

Kotovych and her colleagues argue that the literary idea of identification is not well defined, and they concentrate on just one aspect of it, which they call "transparency:" the extent to which readers understand a character. In this first experiment the researchers found that the transparency of the narrator was greater for readers who read the story with the implicit preamble than for those who read the story with the explicit preamble. [...]

The idea that in coming to know a literary character we need to make inferences as we would with a real person, not just be told about the character, is a critical insight. 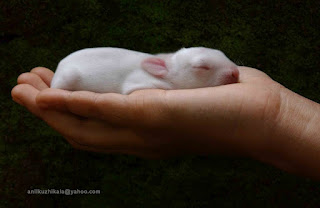 Photo by anilkuzhikala and made available via Wikimedia Commons.
Posted by Laura Vivanco at Wednesday, April 25, 2012