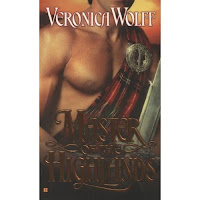 Misconceptions about Scotland and the Scots seem rather common in the romance genre. This recent post, written by one Scottish romance reader about supposedly "Scottish Gaelic Names," might be instructive to some. She grew up in the Highlands and

It was rare to meet a male adult who kept ‘Jamie’. Dropping Jamie in favour of Jim, James, surname or chosen nickname was a rite of passage for most young men in the area. Jamie is heavily associated with youth or childhood, which is I think why most were anxious to stop people using the childish form when they became old enough. (I think this is why in romance genre novels, having heroes named Jamie seems icky or funny, depending on my mood.) ("Random")

I think it would take rather more than eight pages to do full justice to the topic, but Hague and Stenhouse make a start. They begin by describing this romance subgenre: "Scottish-themed American romances often draw on unexpected aspects of Scottish history, not just comprising a parade of kilts, castles and lochs, but also bending the laws of history by allowing the hero or heroine to travel through time" (354). Perhaps because of the limited length of the essay, they resort to generalisations, but they're not the only ones to do so when writing about Scottish romances. Jane at Dear Author has a humorous list of them, including:
Hague and Stenhouse's generalisations appear in statements such as:

All the novels have a historical setting, with a clear preference for the thirteenth and fourteenth centuries, possibly due to this era's association with William Wallace, Robert the Bruce and Bravehart. Another favourite period is the eighteenth century, which enables plots about the Union of the Parliaments in 1707 and the subsequent Jacobite rebellions. (360)

They also describe the cover art:

the covers of Scottish historical romances tend to fall into two broad types, featuring either illustrations or a model positioned against an illustrated backdrop. A number of typical Scottish indicators appear, most commonly a length of tartan cloth, heather, thistles or other purple flowers, a castle with ramparts looming from a grassy, craggy hilltop, a red-haired woman and a bare-chested, long-haired, muscular man, [...] the latter often wearing a kilt and carrying a claymore or other similarly sizeable sword. (355-56)

As is apparent from the covers I've included in this post, and from those featured in Anabel MacKenzie's short "Guide to Scottish Romance and Historical Fiction," there are indeed many covers adorned with tartan, castles, large swords and/or muscular men, though not all the covers in MacKenzie's Guide are of the types described by Hague and Stenhouse.

They found that the hero of a Scottish romance

assumes a quasi-fetishised sexual power. As Karen Kosztolnyik, senior editor of romance titles with Warner Books [...] explained [...] 'part of the appeal of the Highlander is the sense that he is a powerful, dangerously masculine figure, but that he shows through his clan loyalties that he has a caring nurturing side. That way, while readers find the exterior excitingly strange, there is a reassurance that inside there are values they can feel comfortable with.' (356)1

Hague and Stenhouse add that the use of "The time-travel device allows for an explicit comparison of contemporary American masculinity, implicitly depicted as emasculated, with the raw, primordial manliness of pre-modern Scots" (359).2 Further support for this theory is provided by Eloisa James, who has stated that

in the world of historical romance fiction, a man in a skirt with a bagpipe at his side is pure gold. Think of the 1980s film Highlander and the TV show that followed, not to mention the wildly popular film Braveheart: in these imaginative realms, Scotland is a world of swashbuckling, ultra-sexy, bare-kneed men who act like Errol Flynn with a testosterone update.

and in an interview with Shirley English,

Cindy Hwang, an editor at Jove Books, which publishes Heaven and Heather, said that women are attracted to an improbable ideal. “The image of the Highlander is very romanticised,” she said. “They are seen as very rugged and independent — in terms of how Americans see the Scots, anyway. That rebellious side has its appeal.”

In Scotland, women greet such descriptions of the local talent with incredulity. “If you find him, let me know,” is a common response. 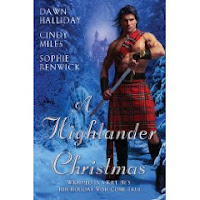 Indeed. And while it would be unwise to assume that all Scots living in Scotland will feel the same way, it should be noted that

There is evidence (MacGregor 1980, Shepperson 1981, Fry 2003) that members of the Scottish diaspora have a rather unrealistic view of the country. For example, the experiences of Alan Bain, President of the American Scottish Foundation, whose romanticised views of Scotland are not always shared by native born Scots are described in Devine and Logue (2002). (Sim and McIntosh 84)

Scottish "cultural critics" (Hague and Stenhouse 361), for example, are "made queasy by Scottish tartanry, a discourse which Andrew Ross identifies as 'the longest running caricature of national identity in a field of world-class competitors'" (361).

Scotland's "national tourism organisation," however, decided to take advantage of the Scotsman's international appeal and in 2006 "compiled an online list of the country's 20 most eligible bachelors in an attempt to lure visitors to the country" (Gray) and

In a statement released to the media about the unique campaign strategy, marketing director Denise Hill points out that the department simply decided to promote one of Scotland's best-known assets.

"Women across the globe love Scottish men – the kilts, the accents, the sense of humour – it's a fact," Hill says. (Greenwood Davis)

For their part, Hague and Stenhouse point to another fact about the popularity of the Scotsman and argue that "the mere fact that novels reviving tartanry constitute such a thriving subgenre of contemporary American writing ought to give pause to those who categorically dismiss representations of this kind of 'Scottishness' as an artistic dead end" (361).

1 According to an article published in The Sunday Times, she also told Stenhouse that “I think part of the appeal for readers is that the Scottish hero is a sexy one, and it takes a special kind of woman to tame him. But he has a loyal side too, which you can see in the Scottish clans. That kind of extreme loyalty is very appealing to women readers.” Another version of the same quote from Karen Kosztolnyik, appeared in The Scotsman:

"The image - whether true or not - of the be-kilted Scot as wild beast, just waiting to be tamed, was the key attraction.

"The Scottish hero is a sexy one, and it takes a special kind of woman to tame him.

"But he has a loyal side, too, which you can see in the Scottish clans. That kind of extreme loyalty is very appealing to women readers." (McVeigh)

2 In this essay Hague and Stenhouse focus on how a hero being Scottish creates an expectation of virility. Elsewhere Hague has written more about ethnic identity:

In his assessment of the construction of ethnic identities, Eugeen Roosens proposes that "one can make use of any number of signs for differentiation as long as they are credible - that is, as long as they could be in line with a particular cultural tradition." Between 1975 and 1988 a series of scholarly studies "ethnicized" white Southern identity past and present as Celtic. [...] Under such a definition, Celtic Southerners thus became written as ethnically and culturally distinct from other whites in the United States, this latter group being identified as "English" or "Anglo-Saxon." "Southern people," therefore, are supposedly distinguishable from other U.S. whites because they exhibit Celtic culture and behavior. ("Neo-confederacy" 101)

This and the romance genre's vision of Scotland are very far from being the only modern American uses of Scottishness. Hague suggests elsewhere that "Scottish identities are being reclaimed, reconfigured and appropriated in the USA in the 1990s by both individuals and institutions and in often quite different ways" ("The Scottish" 140). He also notes that the "coalescence of Scotland and Scottish people with Celticity began in the eighteenth century [...]. The idea that Highland Scotland was the legacy of an ancient Celtic civilisation was widely promulgated [...]. By the nineteenth century, representations of a 'Celtic' Gaelic-speaking Highland Scotland had come to represent Scotland as a whole" (142). Highland Scotland is, of course, the Scotland which would appear to be most popular in romances, and the Highlander has perhaps "come to represent" Scotsmen as a whole. These other articles by Hague, although not about the romance genre, demonstrate how a particular national or ethnic identity can be appropriated and associated with a particular set of values/qualities. To do this, certain aspects of history may be ignored or underplayed.