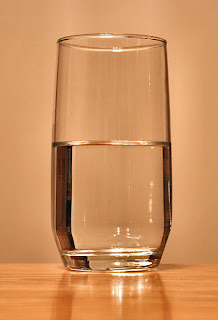 In Mary Balogh's First Comes Marriage, the heroine, Vanessa, is not the most beautiful of the three Huxtable sisters. Her gift is her "ability to be happy and to spread happiness about you" (196). It is a gift she learned, or at least perfected, in the course of her short first marriage to Hedley Dew: "He taught me so much about living life one day at a time, about finding joy in small things and laughter in the face of tragedy" (376). Thus although she is far from unaware of the realities of disease, bereavement and sorrow, Vanessa always tries to find joy in life. As she says to Elliott Wallace, Viscount Lyngate,

Realism does not exclude love or joy. It is made up of those elements. [...] We should all be as realistic as I [...] Why is realism always seen as such a negative thing? Why do we find it so difficult to trust anything but disaster and violence and betrayal? Life is good. Even when good people die far too young and older people betray us, life is good. Life is what we make of it. We get to choose how we see it. (Balogh 359)

This is, I think, an argument which many romance authors have made in defence of the genre itself. Shannon McKelden, for example, relates that

While shopping with a coworker, a friend found herself being chastised for purchasing romance novels. “How can you let your children see you reading those things?” she was asked. “All those happy endings give kids such a distorted, unrealistic view of the world.” Huh? [...]

The media makes sure we all have a healthy dose of murder, mayhem and misery to start and end every day. Then, there’s the newspapers, pointing out every riot and act of religious hatred, supplemented with political scandals and racial attacks. [...] Honest, unbiased news would present the real facts — that every day, somewhere in the world, in this country, and, yes, even in our own backyards, someone saves a life, someone gives a needy child a home, and someone shares peace with their neighbor.

In rather more combative mode, Jennifer Crusie has written that

the world is full of cynical, sophisticated, seductive people who will tell you that only a romantic (and when did that word get to be a pejorative?) would believe in love and connection; that the world is a cold, cruel, heartless place; and that happy endings are unrealistic and ultimately harmful; and I think these people are snot-nosed jackasses, and it is my God-given duty to thwart and annoy them at every turn. (226)

Obviously there are a great many unrealistic elements in the romance genre, including vampires and shapeshifters, but what these romance authors are asserting is, I think, the realism of the emotionally optimistic outlook on life presented by the genre. Eric Selinger's "hunch [...] is that romance novels are often primers in positive psychology, in ways that measure up quite well against current research."

The positive psychology movement was born in 1998 when Martin Seligman, a psychologist at the University of Pennsylvania, was voted in as president of the American Psychological Association. In his inaugural speech, Seligman, who had worked on depression for 30 years, stunned his audience by saying psychologists had missed a trick. Rather than devoting attention to lives that had gone desperately wrong, psychologists should change tack, focusing instead on people for whom everything was going well. While psychologists knew virtually all there was to know about depression, he said, they knew almost nothing of the secrets of a happy life. Discover what they are and it might give you a recipe that people could learn to make themselves happier and more satisfied with their lives. (Sample)

Vanessa and the romance authors' view of realism and happiness back up Eric's hunch, and they do seem to be shared by a number of psychologists. Daniel Nettle, for example, has stated that

The things in modern life that cause us fear, shame, and sadness are really - by and large - not as threatening as a large carnivore. [...] our negative emotion programs, designed as they were to cope with real, ugly, Paleolithic emergencies, go off on a needless rumination of fear and worry. This becomes a self-fulfilling prophecy, since our constant fear and worry makes us more hostile, more paranoid, less attractive, and less open to good things that might come along.
The approach known as cognitive-behavioural therapy (CBT) works on this insight to reduce negative thoughts and feelings. (148)

Or as Vanessa puts it, in the context of Elliott's rather Darcy-like disapproval at a country ball

Viscount Lyngate, Vanessa strongly suspected, had not really enjoyed the evening at all. And it was entirely his own fault if he had not, for he had arrived expecting to be bored. That had been perfectly obvious to her. Sometimes one got exactly what one wished for. (Balogh 55)

"Nick Baylis, a psychologist at Cambridge University" (Sample) seems to agree with Vanessa on this last point. He believes that "If you're optimistic and you think life is going to get better, it will become a self-fulfilling prophecy" (Sample). Elliott not only marries Vanessa, but he also eventually opens himself up to accepting her views on life and happiness and so

Their lives were to be brimful and overflowing, he suspected - and always would be.
What else could a man expect when he was married to Vanessa?
He grinned at her and set to work. (Balogh 388)

--------
The photo is from Wikimedia Commons. You can decide for yourself if the glass is half full, or half empty!
Posted by Laura Vivanco at Friday, October 02, 2009