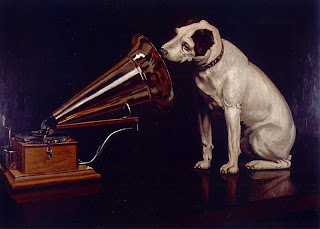 When Charlotte Brontë's Jane Eyre was first published, under the pseudonym of "Currer Bell," the reviewers

were tricked into self-revelation. In the course of their fervent speculations about the identity of the author of Jane Eyre, they disclosed their firm convictions - or, to be more accurate, their prejudices - about the capabilities and limitations of women writers. Take, for example, Elizabeth Rigsby's famously scathing review, which offers clear evidence that the novel could not have been written by a woman [...]. Most engaging of all was the conclusion reached by Edwin Percy Whipple. He decided that Jane Eyre was the collaborative work of three siblings, two brothers and a sister [...] Whipple presumes that a woman must have had a hand in the writing, given details of dress, the sick chamber, and certain feminine "refinements of feeling," but then clarity, decisiveness, profanity, brutality, heat, passion, animal appetite, and slang - these are clear hallmarks of masculine writing. In fact, these markers of the male intellect are so conspicuous that the novel must have been written, at least in part, by that indisputably masculine mind, the author of Wuthering Heights. (Levine 70-72)

The author of Wuthering Heights was Emily Brontë, a woman.

I was reminded of these reviewers convictions about male and female authors when I read the comments an editor had made about Bev Vincent's writing:

The story was written from the point of view of a male protagonist. These comments are all from the same editor:

Bev Vincent wrote a post about the experience. He is in fact a man and

this was the most autobiographical story I’ve ever written, and all the things that the editor complained about were my real observations and my real thoughts cast into the mind of a fictional character participating in fictional events. I did, in fact, call home every Sunday afternoon to talk to my parents, while they were still alive.

To compound his or her arrogance, the editor claims that my prose is “overly elegant,” which is presumably his or her way of saying that a man would never write or think in elegant terms. Guess that means I write like a girl.

Bev doesn't write romance, but I've seen comments on romance websites about authors, writing under female names, whom readers suspect are really men and I've also seen plenty of advice to authors wanting to ensure that their male characters sound like real men. Leigh Michaels, for example, gives advice on

the main ways in which real men and women differ when it comes to talking - and how your characters should differ if they're going to be convincing. [...] Men use shorter and fewer sentences; women use longer, more complex sentences and string more of them together. Men say something is blue; women say it's robin's-egg blue, or navy, or teal.
Men talk about actions or things; women talk about feelings. (166)

Michaels seems to have expectations of men and their use of language which match those of Bev Vincent's editor. Men, it would seem, are expected to be less emotional, less verbal, and less good at observing details. Deborah Cameron, however, points out that the scientific research that has been done in this area does not support such conclusions:

The idea that men and women metaphorically "speak different languages" - that they use language in different ways and for different reasons - is one of the great myths of our time. Research debunks the various smaller myths that contribute to it: for instance, that women talk more than men (research suggests the opposite); that women's talk is cooperative and men's competitive (research shows that both sexes engage in both kinds of talk); that men and women systematically misunderstand one another (research has produced no good evidence that they do).

There is a great deal of similarity between men and women, and the differences within each gender group are typically as great as or greater than the difference between the two. Many differences are context-dependent: patterns that are clear in one context may be muted, nonexistent or reversed in another, suggesting that they are not direct reflections of invariant sex-specific traits.

It should also be noted that how "real men" and "real women" speak may differ very significantly from one culture to another. For example

In the village of Gapun in Papua New Guinea, when a woman is annoyed with her husband, she swears at him for 45 minutes, at the top of her voice so the neighbours catch every nuance. During this “kros” — the word means “angry” — the target is not allowed to answer back, nor may anyone interrupt until she’s given her feelings full expression.

When the flowers of English womanhood carry on like this — at closing time on Friday night in Ipswich, say — they’re thought to be behaving laddishly. When the housewives of Gapun turn the air blue, however, they are only doing what comes naturally to a woman. The village men, apparently, pride themselves on their ability to conceal their opinions and express themselves indirectly: if they need to get a grievance off their chests, they get their wives to do it for them. (Herbert)

Clearly if a romance were to be set in Gapun, the author would only be able to write "real men" by utterly disregarding much of the existing advice about how to write "real men." Thinking about places which are distant chronologically rather than geographically, it seems to me that the mainly male Romantic poets, or an author like Thomas Hardy who produced long and very detailed descriptions of landscape, probably didn't write in a way that would convince Bev Vincent's editor they were real men and, even bearing in mind that people's written language can differ considerably from their spoken language, they probably didn't speak the way Michaels says real men do.

Female authors writing contemporary romances set in their own part of the world could take PBW's advice and "Hang out with some real live men. Note their body language, speech, and mannerisms. Observe how their behavior changes, and what triggers those shifts" but this wouldn't be so much help with depicting real men from different cultures, including those from different historical periods.

And how much reality do readers and authors want and need anyway? Anne Marble, in her advice on writing romantic dialogue, states that

Dialogue Should Not Reflect Real Life Too Closely

This sounds counterintuitive at first. How can dialogue sound authentic and yet not reflect real life closely? I'll give you the answer in a metaphor. The best dialogue is like vanilla extract. Instead of bottling every line of speech characters would use when speaking with each other, dialogue should give us the essence of their conversations.

Could it be that when many authors write "real men," they're actually writing men that their readers will believe are real, even though many actual real men, including Bev Vincent, in fact express themselves in language which might be deemed false or overly feminine by readers?

[Since I mentioned the Brontë sisters and I'm discussing "real men", I thought I'd add a link I was sent by Angel, about Emily, Charlotte and Anne. It's a cartoon which encapsulates their differing preferences in men (as heroes).]

The image at the top of the post was created by "Francis Barraud (1856-1924) [who] painted his brother's dog Nipper listening to the horn of an early phonograph during the winter of 1898" and it came from Wikimedia Commons. As adopted by the Victor Talking Machine Company in their advertising, the dog was described as listening to "His Master's Voice."
Posted by Laura Vivanco at Thursday, August 06, 2009