The Politics of the Australian Rural Romance 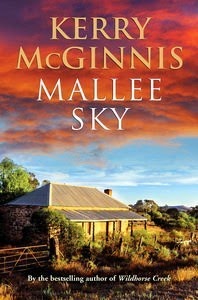 In a newly published article, Kylie Mirmohamadi argues that


A number of the literary themes and preoccupations of nineteenth-century Australian society and literature loom large in today ’s rural romances. The most significant of these shared concerns is with the idea of an Australian female type. Australian rural romances work to produce an image of a “typically” (and yet ideal) Australian heroine: hardworking, committed to community, resourceful and, when required, assertive, including sexually. Journalists point to the “ feisty ” and “ strong ” qualities of rural heroines. (9)

That might be called an observation on the gender politics of these novels. In addition, their


post-colonial context both informs and influences some of the recurring and dominant motifs of Australian rural romance. These include the idea of rural land as just inheritance, a site of belonging and home, and, importantly, a space for autochthonic place of return. The drama of the homecoming (or making) of the heroine and the coming together of the romantic protagonists, in other words, takes place against the background of larger, unresolved dramas of history still being played out in Australia.

Landscape in colonised countries is never innocent. It is discursive as well as material space, criss-crossed with competing claims of indigeneity and contested assertions of ownership. To write about land in such countries is to enter culturally loaded debates surrounding the questions of who owns territory, who can claim a belonging to it and how land should be used. (10)