Professor Catherine Roach "has been awarded the Fulbright-University of Leeds Distinguished Chair, a fellowship of up to 12 months in England, to research romance in pop culture" and she writes (at the RomanceScholar listserv) that "I think this Fulbright is an award for the field of popular romance studies itself, in many ways, as I wrote my proposal specifically to focus on this field." 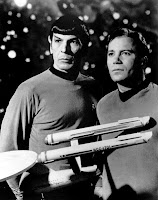 Carol Borden at The Cultural Gutter has drawn attention to an unofficial online edition of Joanna Russ's "Pornography by Women for Women, With Love." This is an essay about which K. A. Laity has written for Teach Me Tonight.

Moving from an essay in which it is argued that "we have - ingeniously, tenaciously, and very creatively - sexualized our female situation and training, and made out of the restrictions of the patriarchy our own sexual cues" to Thursday's ascent, by six female Greenpeace activists, of The Shard in London, a location chosen because


This building - modelled on a shard of ice - sits slap bang in the middle of Shell's three London headquarters. They don't want us talking about their plan to drill in the Arctic. We're here to shout about it from the rooftops.

I was amused to discover that the "female Greenpeace activists took up the challenge under the code-name Sigmund – 'after Freud and his theories on why people climb tall buildings'" (Guardian).

Jennifer Kloester, the author of a biography of Georgette Heyer, has now turned her hand to romantic fiction:


I have always been a reader, I love books, and I have always loved writing. It was really Georgette Heyer’s novels that I just love, and if you’re a Jane Austen fan then she is considered the next best thing. She writes such a great, witty, romantic, beautifully crafted novel.

So after I had done ten years of research and written my first two books, it was a really natural evolution for me to turn to fiction, which was always what I wanted to write. It was always my hope, and my dream to be a fiction writer, but it was kind of like I had to pay homage to Heyer first and do that work.

--------
The image of Spock and Kirk came from Wikimedia Commons, as did the photo of The Shard, which was made available under a Creative Commons license by Ben Griffin.
Posted by Laura Vivanco at Saturday, July 13, 2013