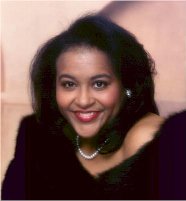 I've been deeply saddened to learn of the death of romance author Monica Jackson. Surgery began her career in 1994, when she spent her convalescence writing her first novel, and now surgery has ended it. On the 19th of April Monica had posted that her health had "taken a funky turn" and she'd be having "surgery in a couple of weeks." Today her daughter reported that "Her surgery went wrong and she lost oxygen to her brain for like 19 minutes."

She was funny, outspoken and wasn't afraid to challenge the status quo. Here's more about Monica, in her own words:


As a teenager, I loved to read romance, but the underlying message was deleterious to my self-image-you have to fit into a certain mold to find love.  When I was young, only traditionally beautiful white women were desirable in the world of romance novels.  The fact that there are all types of black women portrayed now in a realistic and non-stereotypical fashion is a huge move forward.  So, I'm pleased to have a part in AA romance's emergence as a viable entity.  Finally major publishers have got it straight that black folks do have romance and enjoy reading about it as much as the average American. (Romance in Color)

In 1994, Kensington Publishing came out with the first black romance novel line. I’d been turned off romance before because it seemed to be a rule in the industry that black folks didn’t have romance, at least en masse. I was very excited about the new line. I had surgery and was off work (I’m an RN). I wrote MIDNIGHT BLUE with a sister having hot romance, just for that line. (LaConnie Taylor-Jones' blog)

That book, MIDNIGHT BLUE, was produced as a BET television movie of the week in 2000. Nine novels, and eight novellas and short stories later from that first book, she’s a national bestselling author (says so on the books).  (Monica's website)

It's exciting when a writer gets The Call from an editor. In many ways the call is only the beginning of an angsty rollercoaster for any novelist. But if you're a black, you have a special ride reserved just for you.

Writing romance while black means you get a sub-genre of your very own - no matter what the content of your novel. Your special niche is already measured and the boundaries are set on your readership. Your marketing will likely be different than the white author in your chapter, even where your books are shelved in some bookstores. If you decided to attend book signings and other events with your white colleagues, the difference of your reception and audience will be thrown into stark relief.

Because since you're black, you're a romance writer that the majority of romance readers will never read. Your readership is defined and limited to only black romance readers by a variety of circumstances outside your control, so your opportunities are far smaller than any white romance writer from the moment you were published, regardless of your talent and determination. (All About Romance)

Monica had both talent and determination.