The "Special Relationship" Allegorised and Other Links 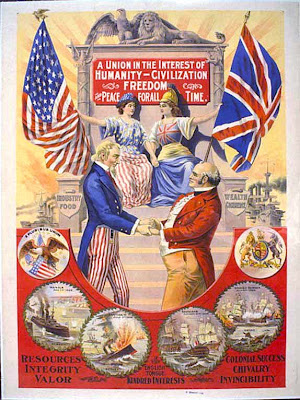 It would also have been more "progressive" had it not been the case that after her transformation "all the accomplishments, knowledge and mental attributes possessed by Margaret, prior to her re-incarnation, had been intensified a hundred-fold in their entity into those of aggressive, daring and strenuous masculinity" (115). This emphasis on the differences between men and women is perhaps not surprising given that earlier in the novel the reader was informed that in 1918 "The Women's Clubs" had decided to abandon any idea of women entering politics and instead "confine all their energies to civic, educational and humanitarian channels and things pertaining to Home" (51). In addition, prior to the success of Margaret's operation, one of the "fears and misgivings" of the doctor carrying it out is "What, if she should prove to be a man with effeminate mind and manners?" (113).

The novel also contains statements such as "the Jews are not a pioneer race" (58), "the [...] inhabitants of the isolated islands of the Shetlands and Orkneys [...] led an indolent life" (72), and


the discovery, by an American, of a germicide for indolence was announced [...], by which lethargic persons were regenerated into acute activity. [...]
The negroes of the Southern States, the natives of tropical countries and also officials in the police departments of large cities, were the ones benefitted by this "golden medical discovery!" (77-78)

Casparian presents the novel as a "frivolously allegorical narrative" (ix) inspired by the idea of a union "between two of the foremost and best forms of Government - America and Britain" (viii-ix), which makes it an interesting take on the "special relationship." If it is "the first lesbian science fiction novel," then it's presumably also the first lesbian science fiction romance. 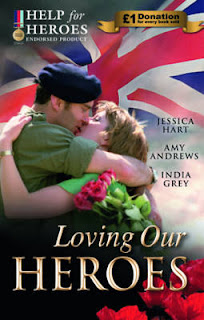 What, I wonder, is the point of this book? Who is it for? According to its jacket, Jennifer Kloester is "the foremost expert on Heyer" (as if the world's universities were crammed with her competitors, all of them writing PhDs on The Grand Sophy and Regency Buck). What this means in practice is that she tells you everything – I mean everything – about a woman whose life was simply not very interesting. This is a biography in which the pregnancy of a daughter-in-law is giant news. Yes, Kloester has had, courtesy of Heyer's late son, Sir Richard Rougier (the high court judge who once claimed never to have heard of bouncy castles), unbridled access to Heyer's papers, but since these include no exciting love letters, and nothing in the way of literary gossip, one wishes she had not felt obliged to quote from them so extensively. (One letter, in which Heyer complains to her agent about her publisher, Heinemann, is reprinted over three pages.)

My impression (I'm still waiting for my copy to arrive) is that the book was written for those who have already read Jane Aiken Hodge's biography of Heyer and think that Heyer's "angry letters to her literary agent, Leonard Parker Moore, refusing to see why she should permit Cartland to steal her ideas and research" (Alberge) constitute "literary gossip." We may not all be "writing PhDs on The Grand Sophy and Regency Buck" but we're probably the kind of people who'd be interested in reading those PhDs.


Popular Romance in the New Millennium, a gathering of romance scholars to be held November 10 and 11 at McDaniel College in Westminster, MD.  Register at the conference website:

[...] Highlights include a keynote by Professor Mary Bly/NY Times Bestselling Eloisa James on the state of romance criticism, a plenary address by An Goris of KULeuven on the work of Nora Roberts, and a Q&A with Smart Bitches Sarah Wendell on the future of romance.

---
The illustration came from Wikimedia Commons and depicts a


poster [...] used for the promotion of the United States and Great Britain Industrial Exposition in the late 19th century (1899-1900).
Shows Columbia and Britannia in the background holding flags, and Uncle Sam and John Bull in the foreground shaking hands.