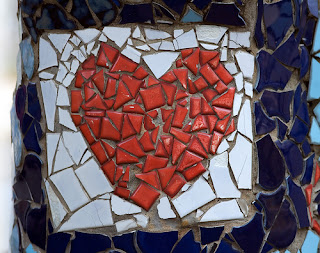 
will take place at Brown University, Providence, RI from March 29th to April 1st, 2012. [...] The ACLA’s annual conferences have a distinctive structure in which most papers are grouped into twelve-person seminars that meet two hours per day for the three days of the conference to foster extended discussion. Some eight-person (or smaller) seminars meet just the first two days of the conference.

Here's the call for papers for Eric's seminar:


Since at least the 1920s, literary and cultural commentators have warned that modern lovers, hell-bent on investigating love, desire, and the self, would undermine all three. “We never say the word Love, do we; –we know it’s a suspect ideological construct” Maud Bailey shrugs in A. S. Byatt’s Possession, her symptoms shared by the patients Julia Kristeva discusses in Histoires d’Amour: men and women who suffer “crises of love. Let’s admit it: lacks of love.” In 1993, the New York Times announced the “Death of Eros” to readers of its Sunday magazine, and as ethnomusicologist Martin Stokes notes in The Republic of Love, Turkish novelists like Orhan Pamuk and Elif Şafak have recently suggested that love there, too, is “in a state of crisis.”

Yet is not love itself a sort of crisis? From Sappho to the Surrealists, Dante to Dil Se, Nizami to Jean-Luc Nancy, love seizes the body, shatters the heart, and annihilates the self, turning old life to new.    And what of other enduring discourses– psychological, theological, literary, and political–that frame love as a force that resists and rebuilds in the face of catastrophe? (Against the Nakba, Mahmoud Darwish thus declares himself a “Lover from Palestine.”)

This seminar invites papers on love in crisis, love as crisis, and love in the face of catastrophe, in literary texts, popular media, and works of critical theory. Ideally our seminar will span multiple periods, genres, traditions, and cultures of love, bringing them into productive conversation; all approaches are welcome.

Apparently "The Deadline for Paper Proposals has been extended to November 15, 2011."

-----
The photo was taken by CarbonNYC and was made available under a Creative Commons licence at Flikr.
Posted by Laura Vivanco at Wednesday, September 28, 2011