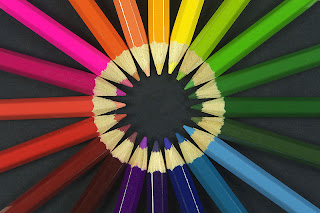 In Sarah Mayberry's Cruise Control there's a secondary romance between the heroine's brother, Danny, and his co-worker, Ben, who enter into a committed relationship. As a result Danny finds the courage to come out to his father and his work colleagues about his sexual orientation:

Danny's not so sure, and here's how he breaks the news to his father:

"You know how all these years you keep asking me when I'm going to settle down with one girl and stop playing the field?"
Their father frowned. "Yeah?" Then his face cleared. "Danny - you're not going to tell me you've got some girl pregnant?" he asked.
Anna bit her lip. Danny looked anguished.
"No. I haven't got a girl pregnant. The thing is, Dad. All these years ... I'm not really into girls, if you know what I mean." (237-38)

Danny's father didn't mean to cause his child pain, but he nonetheless causes him "anguish" due to his heterosexist assumptions. Gregory M. Herek writes of heterosexism that,

Like institutional racism and sexism, heterosexism pervades societal customs and institutions. It operates through a dual process of invisibility and attack. Homosexuality usually remains culturally invisible

One could perhaps think of the romance genre as being similar to Danny's father (and sometimes it's been even less caring). Jessica (a romance reader) commented that

I have GLB or T friends who would claim that since 90% or more of the genre upholds the idea that monogamous romantic relations between women and men are the moral norm, it is quite problematic

It's quite obviously the case that the vast majority of romances are about heterosexual couples and, regardless of whether or not individual authors wish to do so or not (and I'm certain that many would be horrified to think this might be the message that others might take from reading their works), they may cumulatively give the impression that "romantic relations between women and men are the moral norm."

So, if authors are inadvertently sending a particular message (and the genre's been accused of perpetuating racism and ageism as well as heterosexism, and no doubt a few other forms of discrimination) with which they don't actually agree, why is this happening?

Maybe it would be helpful to follow Herek by looking more closely at the concept of "institutional racism." Sir William Macpherson's report on the Stephen Lawrence Inquiry was focussed on a discussion of racism within a police force, and it might therefore seem to have little or nothing to do with romance novels. Nonetheless, here is Macpherson's definition:

For the purposes of our Inquiry the concept of institutional racism which we apply consists of:

The collective failure of an organisation to provide an appropriate and professional service to people because of their colour, culture, or ethnic origin. It can be seen or detected in processes, attitudes and behaviour which amount to discrimination through unwitting prejudice, ignorance, thoughtlessness and racist stereotyping which disadvantage minority ethnic people.

It persists because of the failure of the organisation openly and adequately to recognise and address its existence and causes by policy, example and leadership. Without recognition and action to eliminate such racism it can prevail as part of the ethos or culture of the organisation. It is a corrosive disease.

As Dr Oakely points out, the disease cannot be attacked by the organisation involved in isolation.

It seems to me that romance may, at times, have failed to provide the same "service" to all its potential readers. It may often have done so unwittingly but it is clear that some groups have felt excluded by the mainstream of the genre and its portrayal of romantic relationships between predominantly young, white, heterosexual protagonists. Of course, the genre does not exist "in isolation" from society. Its readers and authors form part of society, and few editors would choose to publish a romance which they believe would not attract readers, and would thus fail to make a profit.

I may be overly optimistic, and I'm certainly basing my opinion on a very small sample of the huge total of romances published, but I think over the decades there has been some progress towards ending discrimination in the genre. As Hsu-Ming Teo has observed, "Between 1890 and 1945, an astonishing number of novels were published in Britain dealing with the theme of romance in India or exploring the possibilities and perils of interracial love" and

these novels legitimized British imperialism. Romances naturalized the colonial order by normalizing the Raj as an exotic background to British love, telling the love story in such a way that the local Indian population, which vastly outnumbered the British, was marginalized and written out of its own landscape and history.

In this context I was very interested to read recently that Harlequin Mills & Boon, as part of its expansion into India,

wants to expand its roster of romantic heroes.

"We are also looking at the Indian prince idea. He is a clear extension of the alpha male and we are looking at launching this next year," says Ms Somerville.

It is also running a competition to find new local authors in India.

Penny Jordan has written about "pushing the boundaries" in this direction because her "first ever book set in India, with an Indian hero, is due out in North America." The first chapter of Virgin for the Billionaire's Taking is available here (there are arrows at the top of the page so that you can scroll forwards in the text). Maybe this is the start of a new trend and we'll eventually find Indian heroes written by Indian authors making their presence felt in the Harlequin Presents line. I do wonder whether or not they'd (a) be non-stereotyped depictions and/or (b) whether such heroes would almost always end up paired with white women, much as HP sheiks usually are.

Ebooks seem to be the place where the dominance of heterosexuality seems most likely to be challenged at the moment, but I also wonder if there's been a trend towards including more secondary couples who are not heterosexual (and not merely the "gay best friend") in paper-published romances. The most well-known recent romance of this kind is probably Suzanne Brockmann's Force of Nature (spoilers about the relationship here), but I know there are others, including Jennifer Crusie's Bet Me (2004), Louise Allen's The Dangerous Mr Ryder (2008), Anita Bunkley's Suite Temptation (2008), Ellen Hartman's His Secret Past (2008) and, of course, Sarah Mayberry's Cruise Control (2006) with which I started this post.1

Can you think of other examples? Do you think the depiction of non-heterosexual secondary couples in mainstream romances is a signal that in time they'll one day take centre stage, or do you think they're likely to stay in second place for a long time to come? Does the emergence of an Indian Harlequin Presents hero strike you as an exciting new development, or do you think he's a type that won't differ much from the existing sheiks, Greek tycoons, Spanish aristocrats and Italian billionaires?

The photo of many different colours of pencils is from Wikimedia Commons.

1 Crusie includes a lesbian friend of the hero's who finds her own happy ending; Allen (writing a Regency includes a scene in which the hero's sister tells the heroine about their (the hero and his sister's) half-brother, a duke who

does not find women attractive. Not sexually attractive. Do you understand me?
'Oh. Yes.' One came across it, of course, although Louis had had to explain it to her. 'But is that not illegal?'
'Yes. You see how I trust you. [...] Charles has lived, secluded on his Northumberland estate, for eight years, very happily with his lover who, as far as the rest of the world is concerned, is his steward.' (254-55)

Dear Author recently reviewed Anita Bunkley's Suite Temptation and Jane reports that the hero has an employee who is gay and "his live in partner was Todd"; Hartman's heroine has a brother who's already found his "Mr Right." I've not yet read the novels by either Bunkley or Hartman, so it may be that the gay couples don't end the novel as happily as they begin it, but I've not yet read anything in the reviews that indicates this is the case, so I've included them in my list.
Posted by Laura Vivanco at Friday, September 19, 2008