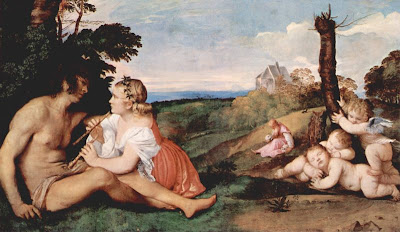 Charlotte Lamb was the "author of more than 150 romances and thrillers" and her oeuvre is certainly varied. SB Sarah described her "last novel, The Boss’s Virgin" as "cracktastic, sudzy, over the top, silly and utterly insane fizzy candy, and I cannot put it the hell down. It’s a horrible turn-the-page omg-what-next experience, reading this book. What is IN this book?" but Sandra's review of Lamb's Vampire Lover gives an insight into another type of novel that Lamb is known for, namely romances which pushed at the boundaries of what was taboo. As Sandra quoted from the Harlequin website:

Charlotte was a true revolutionary in the field of romance writing. One of the first writers to explore the boundaries of sexual desire, her novels often reflected the forefront of the "sexual revolution" of the 1970s. Her books touched on then-taboo subjects such as child abuse and rape, and she created sexually confident—even dominant—heroines. She was also one of the first to create a modern romantic heroine: independent, imperfect, and perfectly capable of initiating a sexual or romantic relationship.

The most recent boundary-pushing novel of Lamb's that I've read is Hot Blood (1996). It wasn't just that Lamb set up a love triangle which kept me puzzled until very close to the end of the novel because I really didn't know which man the heroine would end up with, it was also that this heroine, who was being pursued by two very eligible men, was a 52-year-old grandmother. I doubt that heroines of that age were common when Lamb wrote the novel, and they're still uncommon in the romance genre today. This is perhaps because of the prejudices that still exist about older women:

Historically, women in mid and later life have been characterised as losing interest in sexuality and the expression of sexual desire. The Victorians preferred to view women in general as asexual creatures. Progressively, throughout the 20th century, this view has been revised thanks to the pioneering work of Freud, Ellis, Kinsey, Masters and Johnson and Hite. As views about sexuality have changed[,] the recognition that ageing might include continuing sexual activity [...] has been slowly gaining ground. [...]

Even so, many people both young and old, still regard the menopause as a cut off point in the sexual life of women reflecting Havelock Ellis’s view in the early 20th century that " there is a frequent well marked tendency in women at the menopause to an eruption of sexual desire, which may easily take on a morbid form". In a 1969 publication entitled Everything You Wanted to Know about Sex, Reuben claimed that ‘as estrogen is shut off, a woman becomes as close as she can to being a man’. ‘… decline of breasts and female genitalia all contribute to a masculine appearance.’ ‘Having outlived their ovaries, they have outlived their usefulness as human beings’. Even in 1997 this view was echoed in the Pennell Report where one quoted author reported that ‘the removal of a monthly event (menstruation) [is] central to the perception of femininity and fertility’ ‘age [causes] fear of the loss of sexual attractiveness due to a decline in beauty…’ (Vincent, Shmueli, and Ridell) 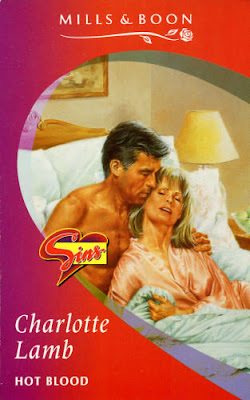 At first Lamb only hints at her heroine's age by referring to her "silvery hair" (5) so at first a reader might assume the hair is simply a very pale shade of blonde, since this is how she is depicted on the cover. The back-cover copy omits to mention her age either. What Lamb does do right from the start is subtly underscore the value of older things through the heroine's love of them:

She felt stupid, sitting here in floods of tears over an old black and white movie made before most of the audience had even been born!
Kit was a film buff, obsessed with the cinema and with the techniques of filming [...]. She particularly loved old black and white films. They had so much more atmosphere; a tension and power that films shot in colour simply didn't have. (5)

It is only after proof of the heroine's sexual attractiveness has been offered to the reader in the form of Joe's attentions towards her that her age is revealed.

Although Kit is aware of the sexual double-standard regarding beauty and ageing, she cannot help but be affected by it:

he looks good for his age. Men always did - that annoyed her whenever she thought about it. It was so unfair. [...]
Along with all the other advantages they had, men aged slower than women. They didn't live as long, of course. Women tended to outlive them, but life did not compensate by letting women keep their looks into old age.
Time started in on you once you were in your forties, pencilling wrinkles in around your eyes and mouth, especially if you had ever smiled a lot, which seemed doubly unfair. (10)

The problem is not necessarily that time ages women unfairly quickly, but that female beauty is so closely associated with youth:

Youth and (until recently) virginity have been "beautiful" in women since they stand for experiential and sexual ignorance. Aging in women is "unbeautiful" since women grow more powerful with time [...] Most urgently, women's identity must be premised upon our "beauty" so that we will remain vulnerable to outside approval, carrying the vital sensitive organ of self-esteem exposed to the air. (Wolf 14)

With two potential love interests, though, one of whom is ten years her junior, the novel suggests that Kit's assessment of herself isn't entirely accurate. And although Kit muses that "Everything has its season [...] - being born, growing up, falling in love, having children, growing old" (147) the novel demonstrates that falling in love may happen after having children and after a person begins to grow old. Kit herself mentions the "natural round of the seasons of the human race - we begin, we end, and in between we do the best we can" (147), a concept given visual form in Titian's painting of The Three Ages of Man (c1513) with which I began this post. As explained on the website of the National Gallery of Scotland

This early work depicts the three stages of life: infancy, adulthood and old age. Cupid clambers over the sleeping babies who may grow up to be like the young lovers on the right. Their intense and intimate relationship will eventually be interrupted by death, symbolised by two skulls which the old man contemplates.

Lamb's novel suggests that we need to place older lovers alongside the younger ones, because the ending of youth does not signal the end of either life or of opportunities for forming romantic relationships.

Whatever the reasons for the general scarcity of middle-aged and older heroines in the genre, authors themselves do age and this may affect their depiction of supposedly youthful heroines. RfP at Readers Gab observes that many young heroines appear more like older women in disguise or young women trapped in a time-warp:

What decade do you think most contemporary romances are set in? I mean romances ostensibly set today—when would you place them, relative to real people in the present day? Do novels published in 2005 ever strike you as more like 1985? I have the impression most heroes and heroines are described as between 20 and 35, but how old do they seem?

Every so often I run across a romance in which the hero and heroine act older than they’re supposed to be. Not necessarily more mature, but as if their attitudes and concerns (and sometimes fashion sense) were shaped a decade or more earlier than the setting of the novel.

RfP's not alone in asking these questions. Last year Robin Uncapher at AAR asked "When was the last time you read a contemporary romance novel where the characters, hero or heroine, really sounded young?" and she added "here’s my suggestion to romance publishers: if you want younger readers romance publishers, its time to write heroines who really seem to be young themselves."

Harlequin seems ready to take up the challenge with its Modern Heat romances which are described in the guidelines for the line as featuring "the kind of relationships that women between the ages of 18-35 aspire to. Young characters in affluent urban settings". As reported at the Pink Heart Society blog the editor of the Modern Heat line, 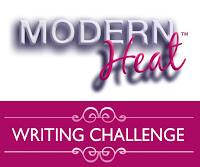 Sparky dialogue, urban settings and smouldering sensuality combined with original author voices - these are upbeat contemporary romances at their best! The heroines are your twenty-something girls-about-town [...]. We are on the look-out for new authors that can convey that young urban feel with 21st century characters.

To find new authors for the line Harlequin is currently holding a writing competition. The rules can be found here, and fuller descriptions of the Modern Heat line can be found here and here.

The painting is Titian's The Three Ages of Man, Titian, c1513. I found this photo at Wikimedia Commons.

I found the photo of the UK cover of Hot Blood via Amazon. The back-cover copy and a photo of the US version of the cover (using the same cover art) can be found here. There's also a rather negative, one-star review of the novel at Romantic Times where Shannon Short states that "Although story development is poorly structured and the characters not particularly sympathetic, Charlotte Lamb comes up with an interesting premise for readers." I wonder if this reviewer has an antipathy to love triangles and/or to divorced older women who have affairs, because I didn't notice anything wrong with the plot or anything particularly unsympathetic about the characters.
Posted by Laura Vivanco at Saturday, August 23, 2008