Sarah on Brockmann: Singing to the Unsung Hero 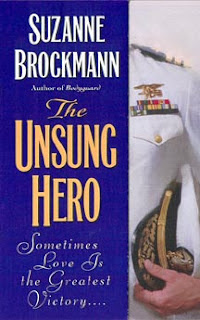 Sarah's got a guest post up at Dear Author in which she sings the praises of Suzanne Brockmann's novels and, in particular, The Unsung Hero, which she describes as "one of the most perfect books of all time."