Laura Vivanco
I think maybe we need a soundtrack for this post, so here it is. It's Bonnie Tyler's Holding Out for a Hero.

In a previous post I wrote about Loretta Chase's Alistair Carsington, an acclaimed war hero. Alistair and Mirabel's thoughts on what makes a hero can perhaps be read as being somewhat metafictional:

"I am tetchy about being made out to be [a] hero," he said. [...] "Others did as much and more [...] My actions were nothing extraordinary. There were men who'd been with Wellington for years, who acted with surpassing courage and gallantry. If you knew their stories, you would understand how demented it seems to me to be singled out as the hero." [...]
"I suppose this is the price one pays for having a forceful and exciting character," she went on. "You attract the press. The newspapers made you famous, not solely because of your deeds - though you are entitled to be proud of them - but because you made a grand story." (220-221)

A romance hero becomes a hero not just because of his courage or other interesting and/or valuable qualities. He's also got to be someone about whom the romance author can make "a grand story."

I think there's an extent to which, as Cawelti observes, culture affects the qualities which are thought to make a character sufficiently heroic to create "a grand story." Certainly

general plot patterns [such as "boy meets girl, boy and girl have a misunderstanding, boy gets girl"] are not necessarily limited to a specific culture or period. Instead, they seem to represent story types that, if not universal in their appeal, have certainly been popular in many different cultures at many different times. In fact, they are examples of what some scholars have called archetypes or patterns that appeal in many different cultures. [...] But in order for these patterns to work, they must be embodied in figures, settings, and situations that have appropriate meanings for the culture which produces them. One cannot write a successful adventure story about a social character type that the culture cannot conceive in heroic terms; this is why we have so few adventure stories about plumbers, janitors, or streetsweepers. It is, however, certainly not inconceivable that a culture might emerge which placed a different sort of valuation or interpretation on these tasks, in which case we might expect to see the evolution of adventure story formulas about them. (5-6)

This isn't to say that each culture will only have one type of hero, but it does suggest that in certain periods, there will be noticeable "types" that exist and then, with the passing of time, either change somewhat or fall out of fashion.

Recently Maverick, posting at Romancing the Blog, said that she looks for a hero who's "richer than Croesus," "arrogant and dominating," "sometimes just this side of abusive", and, before he meets the heroine, "promiscuous." Bonnie Tyler, in the lyrics of her song states that 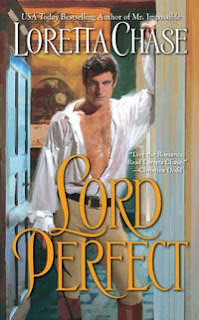 Taken to a parodic extreme, this type of strong, aggressive hero can perhaps end up as Stella Gibbons' Seth Starkadder:

Standing with one arm resting upon the high mantel [...] was a tall young man whose riding-boots were splashed with mud to the thigh, and whose coarse linen shirt was open to his waist. [...] His voice had a low, throaty, animal quality, a sneering warmth that wound a velvet ribbon of sexuality over the outward coarseness of the man. (38)

Meriam, the hired girl, would not be in until after dinner. When she came, she would avoid his eyes, and tremble and weep.
He laughed insolently, triumphantly. Undoing another button of his shirt, he lounged out across the yard to the shed where Big Business, the bull, was imprisoned in darkness.
Laughing softly, Seth struck the door of the shed.
And as though answering the deep call of male to male, the bull uttered a loud tortured bellow that rose undefeated through the dead sky that brooded over the farm.
Seth undid yet another button, and lounged away. (42)

Mr Neck, a film producer, who wants to find "a second Clark Gable [...] I want a big, husky stiff that smells of the great outdoors, with a golden voice. I want passion. I want red blood. I don't want no sissies, see? Sissies give me a pain in the neck, and they're beginning to give the great American public a pain in the neck, too" (182) finds precisely what he's looking for in Seth:

A silence fell. The young man stood in the warm light of the declining sun, his bare throat and boldly moulded features looking as though they were bathed in gold. His pose was easy and graceful. A superb self-confidence radiated from him, as it does from any healthy animal. [...] He looked exactly what he was, the local sexually successful bounder. (184)

He's not the only possible type of hero (or attractive anti-hero), but he's certainly a very popular one. Alistair, despite his war record and his string of love affairs, isn't really that kind of a hero, but with his romantic and military reputation, his appearance (he's tall, dark-haired and has a "hawklike profile" (2)) and as a possessor of the "deep Carsington voice, which emotion - whether positive or negative - roughened into a growl" (2), it's not surprising that other people immediately think he is.1
1 Alistair, as he points out, "never was" a rake and though "The difference between me and a libertine will seem a mere technicality to you" (121) it is in fact significant. Whereas a rake or libertine is "a man who behaves without moral principles, especially in sexual matters", able to seduce women without moral qualms, Alistair's problem is that, far from callously advantage of women's weaknesses, he acts as he does because he "fell in love quickly, deeply, and disastrously" (3). Unlike a rake or libertine, he is not a man who needs to be "tamed" or reformed.

The picture is of the cover of Loretta Chase's Lord Perfect. I've included it because it illustrates very nicely the way in which heroes tend to be depicted. As Kalen Hughes recently observed regarding the shirt in the Regency period:

One very important thing to note: it does not open all the way down the front (regardless of what is depicted on countless romance novel covers)! It has a partial neck-opening from the collar to about mid-chest. So the shirt had to be pulled on/off over the head.

Cover artists, however, often seem to be convinced that romance heroes must resemble Seth Starkadder, with open shirt and indolent, lounging pose.

[A companion post by Kalen, on how to dress/undress a Regency lady, is available here.]
Posted by Laura Vivanco at Saturday, October 13, 2007