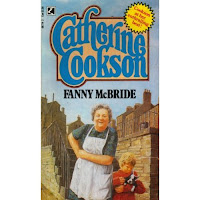 Catherine Cookson (d. 11 June 1998) 'reigned supreme as the UK’s most borrowed author for 17 years' (Public Lending Right) and the

region of the north-east in which Catherine Cookson's novels are said to be situated is openly advertised as 'Catherine Cookson Country'. Yet the moral, commercial, historical and future-oriented purpose of identification like this is little considered, necessitating, as it does, close attention to how such a novelist is perceived among her readers, or even perhaps among those who have no immediate familiarity with her pages. (Snell 1998: 41) 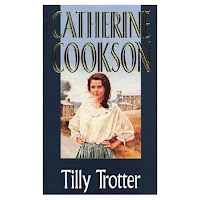 In April Sarah gave a summary of the paper Julie Taddeo presented to the 2007 PCA/ACA Conference on the topic of 'Searching for Romantic Heroes in Catherine Cookson Country'. Taddeo has now put out a call for papers for an academic volume of essays about Cookson and she writes that

Romance scholars typically ignore Cookson, who herself resisted the label of romance novelist in favor of social historian, while historians are too eager to discredit the accuracy of her largely Victorian settings and plots. It is time to revisit Cookson Country and assess Cookson’s legacy as a publishing phenomenon. [...] Possible topics include but are not limited to:

The full call for papers can be found here and the closing date for submissions is the 15th of August 2007.