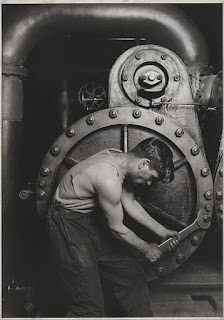 I'm always keen to hear/read about forthcoming research on romance so I thought I'd mention some work that Jodi McAlister and Jack Elliott have been doing on some of the nuts and bolts of popular romance fiction.

Jodi, who's studying at McQuarie University, has been interviewed by Smart Bitch Sarah:


What I really want to do is work out how virginity functions as a narrative trope in romance, and how this is changed over time. You know those people that pull apart cars for fun to see how they work? I'm like that, but for stories. I guess I'm a narrative mechanic: I love pulling stories to bits to understand how/why/whether they work. I want to work out what function virginity serves as a literary device - how it drives plot, how it drives character, and why it pops up so often in romance in particular. To do this, I'm tracing the history of the virgin heroine in the romance plot - I take a bit of a tour through medieval romance, then through the rise of the novel and its shadowy twin the pornographic novel - before coming back to the modern romance. I'm really interested in what happened once virginity loss scenes started to be regularly represented on the page instead of behind closed doors, something that really kicks off once The Flame and the Flower ( A | BN | K | S | ARe | iB ) is published in the early 1970s. I'm looking at virginity loss scenes and comparing to them to autobiographical stories about virginity loss and seeing how they matched up, as well as trying to tie them back to a historical framework.

Jodi's also written a post for the Popular Romance Project about how Fifty Shades of Grey combines elements from the popular romance with some from "its shadowy twin, the pornographic novel":


it can be argued Anastasia and Christian’s happily-ever-after, if we think of this to mean “enduring long term commitment to each other,” occurs at the beginning of Fifty Shades Darker. And yet the series continues, with a growing emphasis on sex scenes. It would seem that the romance plot is co-opted into the pornographic structure—Christian and Anastasia’s relationship is used to engender the repetitive climaxes on which pornography relies. The romance plot is used to create what Steven Marcus calls pornotopia: a world in social institutions and textual events are used merely to create sex.

Jack Elliott is studying at the University of Newcastle, Australia and he's also written for the Popular Romance Project. He's been taking a very close look at differences in the language used by European (mostly UK), Antipodean and North American romance authors and has come up with findings such as this: "North American writers prefer 'near' rather than 'close.'" and


look at the striking preoccupation with time in the North American novels! “Forever” and “anymore” are both words favored by North Americans—although the more workaday “afterwards” is not (that’s a European word).

Earlier this year he had a post up about changes in the titles of Harlequin/Mills & Boon romances.
---
The image, "Power House Mechanic," came from Wikimedia Commons and is in the public domain because it was created in 1920/1921 by Lewis Hine.
Posted by Laura Vivanco at Monday, November 12, 2012