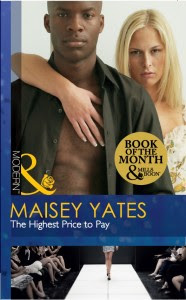 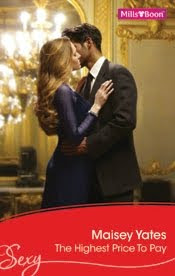 Unfortunately, some (and by that I mean one person who wrote me claiming to represent a group of readers) were put off by the fact that I have a character of African descent in this book. To that I say: Sidney Poitier came to dinner in 1967. Why are we still having this discussion?

has a lot to do with skin, but not so much in the way you might think. The hero's skin is perfect, while the heroine's skin is scarred and damaged, burned in places to the point that she no longer has feeling. In Ella's mind, Blaise is masculine, physical perfection while she's lacking.

Harlequin Mills & Boon have featured black protagonists on their covers in the past but Tumperkin, who drew my attention to the UK cover of The Highest Price to Pay, thought this was the first M&B Modern to do so. I think so too but we're open to correction. 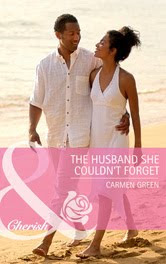 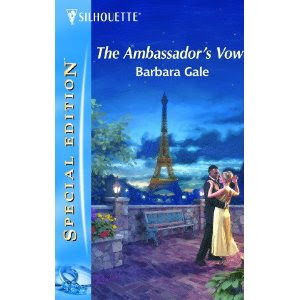 Here are two more UK M&B covers featuring black protagonists: on the left is Carmen Green's The Husband She Couldn't Forget, published in the Cherish line in July this year, and the one below is Barbara Gale's The Ambassador's Vow published as a Silhouette Special Edition in the UK in 2005.