Not a Family Planning Guide; Not Art Either?

Laura Vivanco
In the same week that there was extensive reporting of Susan Quilliam's condemnation of romance novels because "the values of romantic fiction – particularly at its inception – sometimes run totally counter to those which we Journal [of Family Planning and Reproductive Health Care] readers espouse" (180), there was

another diagnosis, by a fellow psychologist, to the effect that fiction is actually good for you. Promoting his new book Such Stuff as Dreams: The Psychology of Fiction on Radio 4 last week, Professor Keith Oatley, said that reading fiction assisted people's "social understanding" and helps, in the manner of a flight simulator, with the development of empathy: "The more time you spend, the better you are at understanding other people". (Bennett) 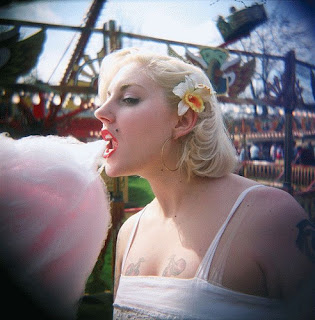 Unfortunately, I don't think Oatley's findings can be used to defend the romance genre. If anything, Oatley and Quilliam would seem to be in agreement that the romance genre has "values" and, albeit for very different reasons, this leads them to question its merit.

As Suzanne Keen has noted, "popular fiction [...] has not often been praised for the beneficial effects attributed to great literature" (ix) and Oatley's book continues in this tradition by making a distinction between popular culture fictions such as romance, and true art. Oatley mentions that

Related to the psychology of persuasion and enculturation is, of course, the psychology of advertising and propaganda. In a related way, many action stories and romances come in this category. Robin Collingwood [...] regarded such genres as action and romance as non-art, because they are not explorations. They follow formulae, and their writers intend to induce particular kinds of emotion. If successful they are entertaining. That's their intention. But they are not art, and they are not - in my view - the kinds of works that are likely to increase understanding of ourselves or others, at least when the formula of the genre is adhered to in the usual way.
But art - I'll offer a criterion - does not recruit people to believe or act or feel in a particular way. (174)

Firstly, I can't help but feel that this definition of art is very dependent on assumptions made about the intentions of the authors. Without asking authors what their intentions were, how can we know for sure which authors "intend[ed] to induce particular kinds of emotions" and which didn't?

Secondly, even if we accept that certain genres can, as a whole, be deemed to have set purposes, defining as "art" only works in which the author did not intend to "recruit people to believe or act or feel in a particular way" does, it seems to me, exclude large swathes of what many people would consider to be literature. Satire would presumably no longer be art. Nor would "thesis novels." Elegy and tragedy may perhaps also be excluded as they are too likely to evoke sadness and catharsis, while comedies can be deemed unartistic on the grounds that they are designed to evoke laughter.

Presumably works should also be disqualified if their authors hope they will assist in the development of readers' "social understanding" and/or capacity for empathy. Keen reports that

according to Coleridge, he and Wordsworth agreed in their collaboration on the Lyrical Ballads (1798) that the first of two cardinal principals of poetry was "the power of exciting the sympathy of the reader by a faithful adherence to the truth of nature" (Biographia Literaria 5). Shelley concurred about the civilizing effects of reading poetry. (50)

George Eliot had a notion of character-construction as calling forth "tolerant judgment, pity, and sympathy" in her readers (Eliot to John Blackwood, 18 February 1857; Letters 2, 299). [...] Her sense of her own contribution to her readers' moral development comes through in one of her letters to Charles Bray, in which she writes that "the only effect I ardently long to produce by my writings, is that those who read them should be better able to imagine and to feel the pains and joys of those who differ from themselves in everything but the broad fact of being struggling erring human creatures." (Keen 53-54)

It would seem that Coleridge, Wordsworth, Shelley and Eliot hoped to "recruit people to believe or act or feel in a particular way" and therefore, judged by Oatley's criterion, their works are presumably not "art."

Thirdly, given that some readers will always respond in ways which the author could not have anticipated, the intended purpose of a work may in any case not have much bearing on whether it increases a particular reader's understanding of themselves or others.

middlebrow readers tend to value novels offering opportunities for strong character identification. They report feeling both empathy with and sympathy for fictional characters. They believe that novel reading opens their minds to experiences, dilemmas, time periods, places, and situations that would otherwise be closed to them. (ix)

I rather suspect that many romance readers would concur with this description of the pleasures and benefits of reading. Janice Radway, for example, "was surprised to find that immediately after extolling their benefits as an 'escape,' nearly every reader informed me that the novels teach them about faraway places and times and instruct them in the customs of other cultures" (107) and Sarah Wendell, in her forthcoming Everything I Know About Love I Learned From Romance Novels, apparently argues that they "might have more to say about love than we give them credit for." This being so, it seems possible to argue that romances, too, can "increase understanding of ourselves or others."

The photo of candy floss being consumed was taken by "One Hell Of A Loser" and was made available under a Creative Commons licence.
Posted by Laura Vivanco at Sunday, July 17, 2011