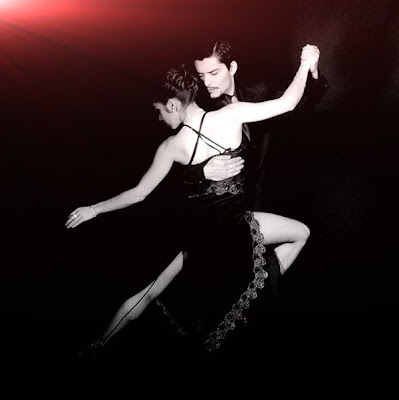 As Lakoff and Turner observe, all of us use metaphors, but some of us use them better than others:

great poets, as master craftsmen, use basically the same tools we use; what makes them different is their talent for using these tools, and their skill in using them, which they acquire from sustained attention, study, and practice.
Metaphor is a tool so ordinary that we use it unconsciously and automatically, with so little effort that we hardly notice it. It is omnipresent: metaphor suffuses our thoughts, no matter what we are thinking about. [...] Great poets can speak to us because they use the modes of thought we all possess. Using the capacities we all share, poets can illuminate our experience, explore the consequences of our beliefs, challenge the ways we think, and criticize our ideologies. (xi)

In romance novels metaphors often make an appearance during sex scenes. According to Laurie Gold, "What comes to mind immediately are these phrases: ‘the dance as old as time,’ ‘filling her tight sheath,’ and ‘impaling himself into her femininity.’" Here's an example of the dance metaphor from Cathy Maxwell's Because of You. As the villagers of Sproule are gathered in the village inn to celebrate Sam's wedding to Yale, upstairs she "felt his body slide into hers" (131). The couple consummate their union as

The fiddler played a sprightly jig. The sound of it seemed to come up through the walls and Yale caught himself moving to the rhythm of the music.
They were dancing, an intimate dance as old as time. He watched the changing expressions of her face, awed by her fresh, unguarded response to him. The music faded as Yale lost himself in the magic of her body. (135)

In comparison with the more aggressive, militaristic metaphors of the woman as a “sheath” for the man's weapon, or an object impaled on the hero’s mighty phallic rod, the metaphor of dance is one which suggests cooperation, the couple moving literally and metaphorically in harmony: "She set the pace now, rising eagerly to meet his thrusts" (135).

The reuse or reworking of metaphors such as that of the "dance as old as time" is not limited to the romance genre:

choreographs courtship literally by employing dancing as both a metaphor and a model for marriage, as dance partners become marriage partners [...]. She employs the same terminology for dancing as for marriage: a man “offers his hand,” “engaging” the woman as his “partner” in the parlance of the period, suggesting that this mating dance may be a prelude to matrimony. (Stovel)

Indeed, taken out of context, the sentence

When those dances were over she returned to Charlotte Lucas, and was in conversation with her, when she found herself suddenly addressed by Mr. Darcy, who took her so much by surprise in his application for her hand, that, without knowing what she did, she accepted him. (Pride and Prejudice, Chapter 18)

might easily be assumed to be about the acceptance of an offer of marriage, rather than about a woman agreeing to dance with a man. Austen, then, draws on her culture's way of "conceptualizing their experience" but she also makes the metaphor of dance her own. In Northanger Abbey Henry Tilney states that

I consider a country–dance as an emblem of marriage. Fidelity and complaisance are the principal duties of both; and those men who do not choose to dance or marry themselves, have no business with the partners or wives of their neighbours. [...] You will allow, that in both, man has the advantage of choice, woman only the power of refusal; that in both, it is an engagement between man and woman, formed for the advantage of each; and that when once entered into, they belong exclusively to each other till the moment of its dissolution; that it is their duty, each to endeavour to give the other no cause for wishing that he or she had bestowed themselves elsewhere, and their best interest to keep their own imaginations from wandering towards the perfections of their neighbours, or fancying that they should have been better off with anyone else. (Northanger Abbey, Chapter 10)

Although there are times when we can "get nothing [...] serious from" (Chapter 14) Henry and it is not entirely clear how serious he is being on this occasion,

This extended simile, Johnsonian in its amplitude and in its precise use of abstract words and significant in being one of the few fully developed figures of speech in Jane Austen's works, defines a major theme of the six finished novels. (Elsbree 114)

Segal and Handler agree with Henry that there are parallels between dancing and marriage. They “interpret the etiquette of dancing as a complex metaphorical prefigurement of marriage” (323) and note that because

dance is a metaphor not simply of marriage but a metaphor for creating it, [...] married women often provide the music that allows everyone else to dance. Similarly, Anne Eliot’s sad slide into spinsterhood is signalled by the fact that her friends have come to depend on her ‘services’ as a musician for their dances; and when Captain Wentworth, newly reacquainted with her, inquires about her status as a dancing partner, he is told that 'she has quite given up dancing. She had rather play.' (326).

Later in the novel, however, after

The reconciliation of Anne and Wentworth, [...] dancing figures prominently, and here it is used as a metaphor [...]. Charles Musgrove, Anne, and Wentworth have been walking together; Charles suddenly remembers a gun he wishes to look at and begs leave of the other two (all the italics are mine):

There could not be an objection. There could be only a most proper alacrity, a most obliging compliance for public view; and smiles reined in and spirits dancing in private rapture. (Elsbree 134)

Romance novels vary greatly in their styles: some authors choose to employ metaphors sparingly and subtly while others adopt a type of writing which is quite distinctive in its use of metaphors. Linda Barlow and Jayne Ann Krentz argue that this "language of romance is more lushly symbolic and metaphorical than ordinary discourse" (22) and they acknowledge that it

is frequently denounced by critics as being overly florid. But effusive imagery has a purpose. As we have already noted, the primary task of the romance writer is to create for her readers a vision of an alternative world and to give mythical dimension to its landscape and characters. Piling on the detail by means of a generous use of the romance codes is an effective way to achieve this goal. Lush use of symbols, metaphors, and allusion is emotionally powerful as well as mythologically evocative. (23-24)

Metaphors can indeed be evocative and emotionally powerful, but when they go wrong they can seem ridiculous. 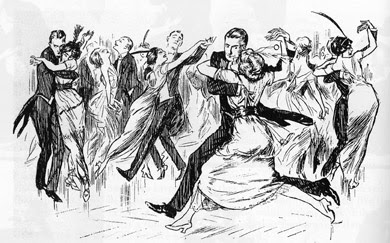 I recently came across the following rather problematic metaphor: "when [...] she'd wafted into view his lungs had gone into cardiac arrest" (Cleary 26). I know "cardiac arrest" can also be referred to as "cardiopulmonary arrest" and the "pulmonary" bit refers to the lungs while the "cardio" part refers to the heart, but I still have some difficulty with the idea that, even metaphorically, a set of lungs could have a "cardiac arrest." Instead of conveying deep emotion, this metaphor sent me off on an anatomical tangent. Smart Bitch Sarah is "not one to shrink away from a metaphor" and earlier this year she commented on a striking assemblage of metaphor and simile:

Honey would sometimes think of Dusty, and it was like she twisted a dial and opened a steel door to a safe in her heart where she kept her grandest jewels—bittersweet memories, surrounded by a poignant moat. Some were vivid as fallen red bougainvillea petals, while others drifted by aimlessly, as vague and faded as old photographs in a dark flooded cellar.

Given that metaphors when misused or overused can be distracting at best, and unintentionally hilarious at worst, it's perhaps not surprising that Leslie Wainger, in her Writing a Romance Novel for Dummies, advises authors to

Use metaphors in moderation. Incorporating a lot of metaphors in your descriptions can be tempting, because they give you a chance to be creative and stretch your skills. Do your best to resist the temptation, though. Too many metaphors - just like too many adjectives - get in the way of your real goal: involving the reader in your characters' relationship. When used sparingly, metaphors add to a description; so each time you're tempted to add one, make sure that it contributes to the overall impact of your story. If you're just showcasing your own skills, cut it. (143)

The first image, created by Carlos Luque, is of "Sabrina y Hector" dancing the tango. I downloaded it from Wikimedia Commons under the terms of a Creative Commons Attribution 2.5 Generic license. The second image is a "Drawing from Punch magazine humorously depicting couple dancing the tango." It too came from Wikimedia Commons .
Posted by Laura Vivanco at Sunday, July 24, 2011