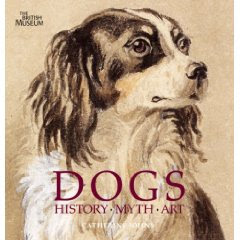 Johns began by pointing out that Heyer had ways of thinking which would have seemed self-evident to people of her generation. Heyer was born in 1902, lived through the First World War and was middle-aged by the end of the Second World War. Although great social changes came into effect after the Second World War, Heyer's attitudes had already been formed. Nowadays some of these attitudes seem quaint or even shocking. We read Heyer through the filters of (1) Heyer's historical settings (2) Heyer's early twentieth-century perceptions and (3) our own attitudes.

She was a contemporary of Patricia Wentworth, Agatha Christie, Dorothy L. Sayers, Ngaio Marsh, Margery Allingham, and Mary Renault, a generation that has now, itself, passed into history. It is easier to perceive Heyer's own attitudes if one reads her contemporary novels. Her detective fiction, published between 1932 and 1953, remains readily available and provides insights into her perception of her own times, such as her loathing of the increasingly heavy taxation of the rich, and her acceptance of national stereotypes.

It must also be borne in mind that Heyer was writing comedy so stereotypes about class are used for comic effect. Sometimes her humour is broad and boisterous, even reminiscent of P. G. Wodehouse. The end of The Grand Sophy is pure farce and Heyer's use of language and dialect, including the use of 'cant' often produces deliberately humorous effects. On occasion she also included characters' words, spoken in French, in English but with French word order, again for comic effect. These linguistic techniques, standard in earlier twentieth-century comedy, are paralleled by her exaggeration of class markers.

Heyer was not snobbish in the sense of believing that some classes were intrinsically superior to others. She specifically mocks assumptions of that kind in The Unknown Ajax. However, her observations of class, and her consciousness of it, result in the use of class signifiers to "mark" the characters.

In the period when Heyer was growing to adulthood, the relative influence of nature vs. nurture was much discussed (and it is, in fact, still open to debate). By the early twentieth century popular ideas about the issue had been partially influenced by the ideas of scientists such as Lamarck (1744-1829), Darwin (1809-1882) and Darwin's cousin, Francis Galton (1822-1911), who has now fallen into disrepute because of his beliefs about eugenics. Ideas about human "types" and "breeds" were also affected by eighteenth- and nineteenth-century developments in the breeding of livestock. A Shire horse is clearly different from a Thoroughbred because each had been bred to perpetuate and emphasise particular qualities. While this does not mean that one is better than the other, they are different, and suited to different types of work. Similarly, an earl might not be considered "better" than a man of the working class, but he would have been thought to be suited for a different role in life. It would have seemed easy to provide evidence for such allegedly innate class differences because there was so little opportunity for class mobility: children usually remained in the same social class as their parents.

Social rigidity really only began to break down drastically after the Second World War and it not until after 1945 that higher education was opened up to people from a wider range of social backgrounds. Social stratification was thus far more visible during the period in which Heyer began writing but Johns used a still image from a sketch from The Frost Report (1966-67) to illustrate the types of ideas about class and breeding which survived at the time the sketch was first broadcast (though, obviously, at this point they were being brought into question and parodied). Here's the video version:

There's a transcript below. Note that it includes a reference to "innate breeding."

Animal breeding experiments seemed to confirm popular belief in the primacy of nature over nurture. Inbreeding (the mating of close blood relatives) was seen to produce the "best" animals i.e. those who reliably demonstrated the expected qualities of their breed. Similarly, among humans, royalty tended to marry royalty, peasants married peasants, and the middle classes also tended to marry among themselves. Marrying outside one's social class was seen as a huge risk. Nowadays we know about the many dangers of inbreeding but the practical improvements in livestock over two centuries of planned breeding at first seemed wholly positive, reinforcing the belief that keeping "to one’s own kind" was a good thing. The Second World War and the horrors of Nazism brought many of these ideas into disrepute but the traditional admiration for "pure" bloodlines still survives among some dog breeders.

Heyer was a dog lover. She knew about canine character types and knew that a dog's personality, as well as its appearance, is affected by its breed. In her works, however, pedigree animals are not necessarily shown to be the best. Lufra, the "Baluchistan hound" in Frederica is a fine dog, despite being a mongrel. Likewise, some of Heyer's middle class characters have admirable qualities, despite their "vulgarity," and many of her aristocrats have thoroughly disreputable traits. It is These Old Shades, an early work, which contains the most overt references to innate class differences, thus favouring nature over nurture.

"Cross-bred" individuals who cross class boundaries were thought (like cross-bred dogs) to resemble one or other of their parents, or be an unpredictable mixture. One of the benefits of cross-breeding was that it could counter the negative effects of in-breeding. In Devil's Cub the offspring of an aristocratic father and a middle-class mother are Mary Challoner, an intelligent and sensible young woman with the manners of a lady, and Sophia, whom Johns described as a "feather-brained little tart" who, even had she received the same educational opportunities that Mary enjoyed, would not have benefited from them because she is not very bright.

Heyer, then, observed, accepted and recorded the class distinctions she saw all around her, but she admired intelligence, education, practical common sense and competence in all individuals, regardless of their social status.