Laura Vivanco
Here's another call for papers which got me thinking, though possibly at a tangent from what the conference organisers are hoping to discuss at the conference:

Image and the Imagination in the Visual and Verbal Arts

A program of the Society for Critical Exchange in conjunction with the M/MLA conference in Cleveland, OH, November 8-11, 2007

This working conference aims to examine the image—broadly conceived as pictorial, textual, and digital representations—and its relations to the collective imagination. We invite papers that explore how images are adopted, adapted, and translated in a variety of media (textual,visual, or digital), across borders, and among cultures. We invite papers from all disciplines, including but not limited to art history,literature, the history of the book, anthropology, law, library and information sciences, and the cognitive sciences.

Literature: How can illustrations, cartoons, and photographs affect the way that literature is interpreted?

The full call for papers can be found here, and the deadline for submissions is 15 March 2007.

This reminded me that we haven't had a discussion on this blog about the cover art on romance novels, and I think it's about time for one. Snarky comments on romance covers abound, of course. They've been parodied mercilessly here, and scrutinised in great detail by the inimitable Smart Bitches. They've discussed foreign covers too, including some of the Russian and Czech covers for J. D. Robb's In Death series and it's clear that there are national differences in cover art. There have been some interesting and rather more serious discussions about this topic on the Word Wenches' blog. Mary Jo Putney, for example, linked to a very interesting article by Carol Pinchefsky about the differences between US and UK cover art (though it wasn't specifically about the cover-art for romance novels):

Culture influences design, and as America and the United Kingdom are two vast nations separated by a common language, cover art obviously reflects this.

Because art is so fluid, because the market changes from decade to decade, and because there are no hard and fast rules, it is all but impossible to summarize the difference between the two. Or is it?

Rita Frangie, an assistant art director at Penguin Books, says she does not want to generalize. However, "Here [in the United States] we tend to want to use every inch, to fill [the cover] up with color, and to get it to do as much as it can do. Everything here is bigger, more commercial, more targeted to sell and to advertise. In Europe, the covers are geared to look more like the way they dress: very simple. Their use of negative space goes along with the theory of less is more."

In the comments section of another blog post on the topic of cover art at the Word Wenches site, one UK poster, AgTigress, said that she preferred covers which are:

free of the intense fussiness and busy-ness that tends to characterise American cover-art, which so often falls victim to too many colours, too many motifs, too many fonts, too much everything!

I'm not the most visual of people myself, but when I took a quick look at the examples under discussion I did tend to prefer the British covers. It's a bit difficult to compare UK and US romance cover art because most of the romance sold in the UK comes from Harlequin Mills & Boon, and their various divisions share and reuse cover art. All the same, even when you have the same photos on the covers, there can be interesting differences. Take these covers for Ally Blake's Meant-To-Be Mother, for example. Here are the Australian, the US and then the UK versions: 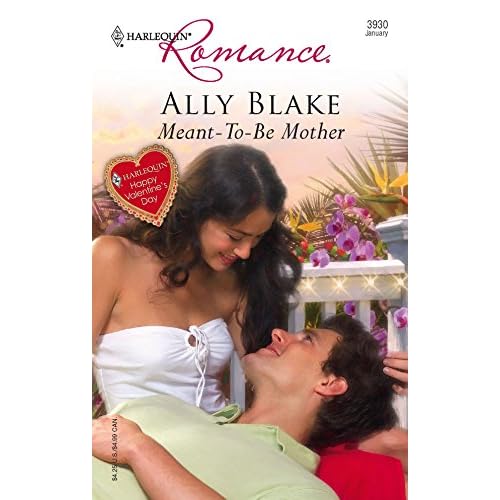 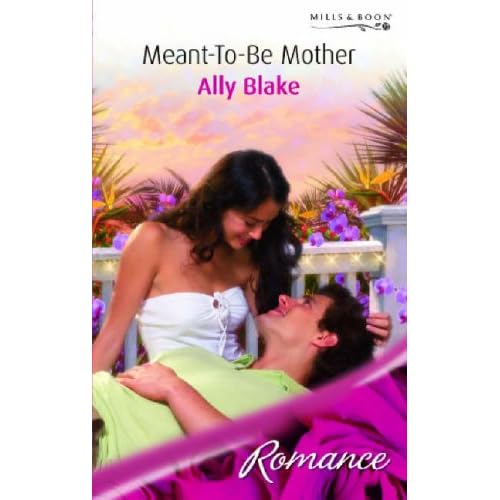 These covers would seem to back up some of the assertions made in Carol Pinchefsky's article, namely that American's prefer a close connection with the characters. The American version of Meant-To-Be Mother has a close-up of the couple, whereas the UK and Australian versions give more space to details of the location. As for what AgTigress said about fussiness and use of multiple fonts, it's also demonstrated here. The Australian edition has 4 labels, one above the other, telling the reader that (a) this is a Harlequin Mills & Boon novel (b) that it's in the 'Sweet' line (c) that the book is by an Australian author (UK and US editions never mention when the author is a UK or US national) and (b) that this particular book is a 'Heart to Heart' novel, i.e. that it's a more emotional read. That particular piece of information is on the back cover of the UK version. The American version has fewer labels, but it does have that rather large, frilly heart (this was on all the US books in this line issued in February). The difference between the US focus on the central characters and the UK and Australian covers is even more marked in this example from the 'Sexy'/'Presents'/'Modern' line. It's Anne McAllister's The Santorini Bride, again with the Australian version first (red section), followed by the US (pendant design) and UK (blue section) covers: 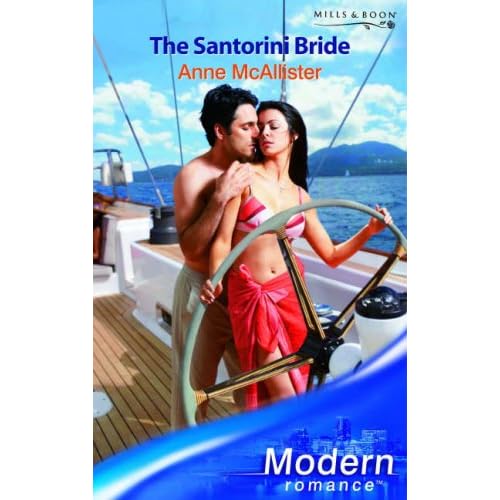 You can compare the covers of some of Jenny Crusie's foreign editions with her US covers. She doesn't have any of the traditional clinch covers on any of her books though. I hadn't seen any romances with that sort of cover until I was introduced to them via reading US single-title historicals and the Smart Bitches' cover snark, and I was somewhat amazed by them. Candice Hern points out that there are now alternative types of design for historical romances:

For the first decade or two of the modern historical romance, covers were primarily what we now call clinch covers: a couple in various stages of disarray or undress with limbs entined and hair flowing in the wind. These are the covers that made Fabio a star. And helped give birth to the term "bodice ripper." Thankfully, not too many books are still being published with that style of cover.

Jennifer McKnight-Trontz has written about romance novel cover art in her 2002 The Look of Love: The Art of the Romance Novel (New York: Princeton Architectural Press), which demonstrates that a variety of other styles existed prior to the explosion of the 'clinch cover':

The romance cover of the 1940s had very glamorous illustrations of couples going out on the town, McKnight-Trontz says. The 1950s covers were more about women and their careers. "You would see the women in a nice suit, looking out a window contemplating, should they have a career or a man?" [...] By the 1960s, nurse romances were in vogue. "The middle class women these books were intended for could relate to a nurse," the author says. [...] The 1970s romance covers reflected the rise of women's liberation, and the bodice ripper: female heroines in period costumes being ravished by tall, tanned, long-haired and often bare-chested men. But McKnight-Trontz says those books couldn't be judged by their covers. The illustrations showed passion -- a tease really -- rather than what the books were really about. (NPR report)

Cover art is often not considered real 'art', though there's a trend for historical romance covers at the moment to use portraits or other artwork from the past. Candice Hern's Just One of Those Flings, for example, features 'a detail from the portrait of Madame Récamier by Francois Gérard, painted in 1805. It is an actual detail of the painting and not a re-painted or re-imagined version' (you can compare the original with the cover on her website). Other covers are original artworks created specifically for a particular novel and the work of cover artist Franco Accornero in particular was described at AAR by an appreciative Carol Irvin (links to other cover-related items on AAR can be found here). James Griffin, another cover artist, explains how he creates some of them in this interview with Michelle Hauf. He posts some of the original pictures on his blog. Here's the artwork for a Harlequin Historical by Gail Ranstrom, The Courtesan's Courtship. The artwork, as published on the cover of the novel, has been cropped considerably, with part of the hero's face, and much of the setting no longer visible. Here's another piece of artwork by James Griffin, which will be the basis for the cover of P. C. Cast's forthcoming Divine by Blood. P.C. Cast herself is delighted with it and with previous covers Griffin created for her and mentions that 'There has been some talk of releasing the art to these three covers as limited edition prints'. Some readers also enjoyed the 'clinch covers' and consider them to be art, as well as something which enhances the reading experience:

you can relive the beauty of a good book with its wonderful characters, through its cover art—again and again. I love reading romance novels, and escaping to a world of fantasy, mystery, and adventure on occasion. I’ve even taken up collecting Romance Cover Art on a large scale (from the Romance Book Covers website)

So, if you were familiar with the 'clinch covers' are you pleased or disappointed that there are now many alternatives? What sort of impression did the clinch covers give of the genre? What do you think about national differences when it comes to preferences in cover art? Would you consider some covers to be art, and if so, which ones? Do you think that cover-art influences your buying choices? And can a good or bad cover affect your reading experience?
Posted by Laura Vivanco at Tuesday, February 27, 2007