Sex and Sentimentality: On Women Writers 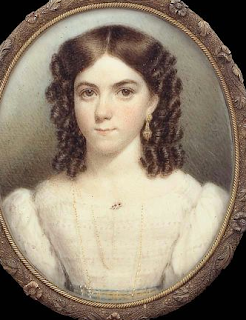 ...] winner of the Nobel prize for literature [...], who has been described as the "greatest living writer of English prose", was asked if he considered any woman writer his literary match. He replied: "I don't think so." Of Austen he said he "couldn't possibly share her sentimental ambitions, her sentimental sense of the world".

He felt that women writers were "quite different". He said: "I read a piece of writing and within a paragraph or two I know whether it is by a woman or not. I think [it is] unequal to me." The author [...] said this was because of women's "sentimentality, the narrow view of the world". (Fallon)

When Naipaul made these comments last week I contacted Smart Bitch Sarah to pass on some information about a response to them and elaine mueller then left a comment containing a quotation from Dale Spender's The Writing or the Sex? or Why You Don’t Have to Read Women’s Writing to Know It’s No Good. I was intrigued and wanted to find out more about Spender's views. Here are some quotes from her Mothers of the Novel: 100 Good Women Writers Before Jane Austen which demonstrate that Naipaul's comments are just the latest in a long line of attempts to denigrate women writers by casting them and their writing as sentimental and limited:

That Jane Austen, Maria Edgeworth, Fanny Burney and many more good women novelists wrote 'love stories' is not in dispute. What is at issue is the way in which the love stories of women have been devalued. For it is not that male novelists from Samuel Richardson to D. H. Lawrence have not written love stories, but that when they have done so they are called by a different name - and are accorded a more deferential status. D. H. Lawrence is not labelled as a writer of romantic fiction: his reputation would be eroded if he were.

That women writers have had their mobility constrained and their access to certain areas of life reduced, is not at issue. But so too have men. And what is at issue is that the partial experience of half the population - that of women - is judged to be narrow, second rate, specialised, while the partial experience of the other half - that of men - is held to be supremely significant and universal. Such a value judgment which is associated with the status of the sex and not the quality of the experience leads to the absurd situation where Jane Austen is patronised as a prisoner of the country parsonage while the parameters of T. S. Eliot's office pass without critical comment.

Even if it were the case that women writers were unable to directly participate in the more turbulent and treacherous ebb and flow of life (and to assume that male experience is more turbulent, treacherous and 'alive' than that of women is questionable indeed) there is no evidence that direct participation in the entire gamut of human involvements and emotions is necessary in order to portray them convincingly in writing. (163)

The reception of the novel Mary Barton demonstrates the extent to which the presumed sex of the author, rather than the subject or style of the writing itself, can shape the reception of a text:

When it was believed that Mary Barton was written by a man, the Athenaeum (1848) was full of praise for the author's grasp of politics and the fair and forcible portrayal of the working classes [...]. But when known to be written by a woman, the whole tenor of the criticism changed. It is not the political acumen of Elizabeth Gaskell but her ability to promote sympathy which becomes the focal point. Her emotionalism, her lack of objectivity are soon 'discovered' and the broad canvas of class politics is reduced - by the critics - to a 'sweet and fragrant' love story. The literary records are tampered with and rewritten to the extent that Elizabeth Gaskell's 'mental palate fed always as it was on the fruit and frothing milk of her nursery days, kept a nursery simplicity and gusto. And in consequence her whole picture of life is touched with a peculiar dewy freshness, shimmers with a unifying, softening light' [...].

This is the woman writer who not only provided a fair and forcible account of class politics but who, in Victorian times, dared to write about prostitution, unmarried mothers and dominated wives - from a woman's point of view. (164-65)

Of particular relevance to this blog and its readers is one of the conclusions Spender reaches about the consequences of these sexist attitudes towards women authors:

The terms 'women's novels' and 'romance' are often used interchangeably and to signify deprecation. Whether this is the result of the low status of women being transferred to 'romance', or the low status of 'romance' being transferred to women, is not possible to determine. But as there is little justification for the wholesale devaluation of women, so too is there little justification for the wholesale devaluation of 'romance'. As Margaret Jensen (1984) has pointed out, such dismissal generally occurs before and not after an examination of the facts. [...]

Now anyone who has defied convention and actually studied women's writing would not want to contend that all women writers are excellent and all romances works of art. But most would want to suggest that it is nonsense to lump together all women's novels and to call them 'romance' [...]. Not only is this practice unjustified in terms of the diversity of the writing: it is unjustified in terms of the bad name it gives to romance.

For there is nothing inherently inferior or deficient about romance. When it is the substance of men's writing it can become an exploration of human relationships and provide an insight into the human condition. And to think that the status of the woman writer could be improved by the repudiation of romance is just as misguided as thinking it could be improved by the repudiation of sex. The derisory connotations of woman and romance are equally undeserved and there are good grounds for seeking to reclaim both woman and romance, instead of subscribing to the inferiority of either. (166-67)

This comment to her nephew has been famous (or infamous) since its publication in her brother Henry's "Biographical Notice" in 1817, even though it is probably one of the most facetious of all her proclamations, in its way:

"What should I do with your strong, manly, spirited Sketches, full of Variety and Glow? -- How could I join them on to the little bit (two Inches wide) of Ivory on which I work with so fine a Brush, as produces little effect after much labour?" (Pemberley.com)

The dimensions of the portrait, painted in watercolour on ivory, are 2 1/2 x 2 in. It was, however, probably painted by a man: "Portrait of Mrs. Franklin Haven (Sarah Ann Curtis); about 1830. Attributed to: Thomas Edwards, American, 1795–1869." I downloaded it from Wikimedia Commons.