A Window Into the Past? 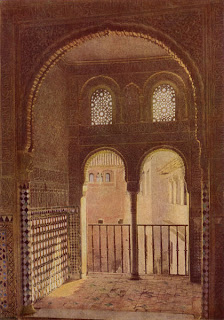 There has been a lot of controversy about a recent decision to withdraw from publication a work of historical fiction described as "A romantic novel."

There have been a lot of discussions about why the subject matter of this particular book caused offence (see here, here and here for very long threads at the Smart Bitches) and I don't see any need to duplicate them here, but I would like to highlight one issue which was raised as part of that conversation, namely the issue of historical accuracy in works of historical fiction.

The author of the novel in question, Sherry Jones, seemed to be emphasising the historical accuracy of the novel and the extent of her research when she wrote that "It is not a romance novel. It's historical fiction with a 29-page bibliography." However, in later comments she added that "with historical fiction—you alter the details, when needed, in service of the story" and "Please do remember, everyone—this is fiction! If my intention was to remain completely true to the historical record, I would have penned a nonfiction book. The story is the thing!"

Historical fiction, it seems, performs a balancing act between the need to entertain and provide a good story, and the desire to remain relatively true to the known historical facts. Diana Wallace has written about historical fiction's complex relationship with history that

Any historical novel is related to history in at least four ways: in its choice of period setting; in its engagement with the moment of its writing; in its relation to the literary history of the genre; and in its relation to the biography of its writer. While reviews often tend to focus on the first of these, judging a historical novel on the 'authenticity' of its period setting, any attempt to historicise the historical novel needs to consider the complex inter-relations between these elements. The way in which any chosen period is represented, for instance, frequently tells us more about the historical moment of writing than about the period the author is portraying.

Philippa Gregory has also had some interesting observations to add on the topic of history and accuracy in historical fiction, and in the process she's rather dismissive of romances:

a good historical novel has characters whose basic humanity engages our empathy and whose convincing circumstances remind us that the past is, indeed, another country. This is the opposite of romance fiction which is drawn to historical settings: not because it aims to explore how people are affected by the society in which they live; but because it depends on the imaginary glamour of the past: the long frocks and big hats, horse drawn transport, and high jeopardy. Romance fiction has no interest in different times and cultures, in the worst examples, its stories are told in a vacuum.

All but the very best romance fiction tends to deploy a limited number of character types: the heroine: vulnerable, pure, loving, the female villain: manipulative, sexual, heartless, the male villain: aggressive, uncontrolled, cruel, and the hero: loving, but often mistaken. The cardboard characters come ready-made, they are not forged by their particular experiences, by their history or by their society; nothing interrupts them working their way through their story to the happy ending.

High quality historical fiction is not like this. A good historical novel tells of characters who are entirely congruent with the known conditions of their time, and yet sufficiently independent in thought and action to stand out from the crowd, and for the modern reader to identify with them.

I haven't got any profound commentary to add, but I'd be very interested to learn your thoughts about historical fiction, the balance to be struck between accuracy and entertainment, and whether it's necessary to be more careful when writing about real people rather than fictional people in a historical setting. Does historical fiction open up a window into the past in a way that's accessible, or does it really tell us more about contemporary attitudes and beliefs? How much can we learn about history from it, and how often do you think it misleads readers?

The image is of "One of the embrasures, or window alcoves, of the Hall of the Ambassadors in the Alhambra at Granada, Spain," and I found it at Wikimedia Commons.
Posted by Laura Vivanco at Sunday, August 10, 2008