Beyond the Happily-Ever-After, Sociologists at Large, Bujold, and Feral Feminism 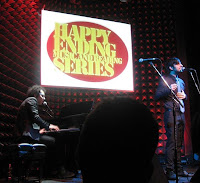 Romances are increasingly being written as part of series and in "Happily Ever After ... And After: Serialization and the Popular Romance Novel," published this month in Americana (which is freely available online), An Goris argues that this means there is more opportunity for writers to explore what happens after couples have declared their love, made a commitment to each other and achieved their "happily ever after":


The post-HEA is a very interesting narrative space. It is developing into a fictional locus in which the romance genre is expressing in new and previously unavailable ways the romantic fantasy and ideology around which it revolves. In doing so, analyses of post-HEA scenes reveal the genre is not merely representing a clear-cut, pre-fixed fantasy of a romantic Happy Ever After, but actively exploring and negotiating what such a fantasy might look like beyond the climactic yet inevitably formulaic moment of the HEA.

She focuses on novels by Nora Roberts and J. R. Ward. I had a few thoughts in response to some of the more general points An makes about series so I plonked them down at my blog.


about their research, the things they've learned about the romance community and the patterns of behavior they identified as they gathered data. We also discuss whether romance is feminist, which led to discussion of valued work and devalued work, plus maternity leave policies in the US vs. other nations. 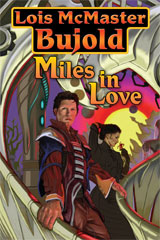 
Potential contributors are invited to submit an abstract for a one-day conference to be held at Anglia Ruskin University, Cambridge, on August 20th 2014. This inter-disciplinary conference will explore the works of Hugo and Nebula Award winning writer Lois McMaster Bujold, encompassing both her science fiction and her fantasy novels.

One of the suggested topics is "science fiction and sexuality." More details here.

-------
The photo of "Ian Axel and Chad Vaccarino [who] were the Musical Guests at one of Amanda Stern's Happy Ending Music and Reading Series shows" was created by Hadarvc who has made it available under a Creative Commons licence.

The podcast icon was created by Yagraph who made it available under a Creative Commons licence.
Posted by Laura Vivanco at Thursday, July 25, 2013