CFP: Representing the Body in Culture and Society 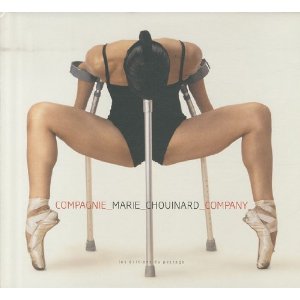 In the photo above, a dancer balances en pointe, also supported by crutches (it may be relevant that "The use of pointe shoes and standing on tip-toes regularly cause problems like callosities, soft corns, hallux valgus, metatarsophalangeal degeneration and hammer toes" (Maffulli 163)). Apparently "The use of different devices – crutches, rope, horizontal bars, and harnesses – [...] characterizes Chinouard’s work" (Giuseppe Alizzi). They're certainly in evidence in Compagnie Marie Chouinard's bODY_rEMIX/gOLDBERG_ vARIATIONS. Maili comments on the dancers' use of the "devices" that:


Half of me admires the dance (apart from the skateboard guy), but the other half of me thinks: “Awkward.”

Similar issues are raised in Jane's post at Dear Author today about the representations in romance novels of the bodies of characters who depart "from the established Caucasian able-bodied norm." She begins by recounting a discussion with Smart Bitch Sarah about a novel in which Jane felt that the heroine's


disfigurement is largely an accessory and not well integrated into the heroine’s character arc.  I felt that the inclusion of disfigured heroines, even when poorly done, was a step forward.  Sarah disagreed.

The ensuing discussion provides plenty of food for thought and demonstrates that there are romances which could be analysed in response to the following call for papers:


Proteus: A Journal of Ideas seeks submissions for our upcoming issue, “Representing the Body in Culture and Society.” We are soliciting articles and creative works from a wide range of disciplines that reflect upon the issue’s theme. We are particularly interested in work that focuses on the body from a Disability Studies perspective, though submissions from all disciplines are welcome. We are looking for broad theoretical inquiries, individual case studies, and traditional scholarly articles on the subject of the body, as well as theme-related photographs, poetry, and creative writing. Full Essays Due by January 15, 2012.