Reading from the Gut 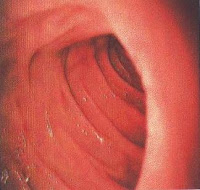 I've read some books recently which just didn't work for me because of my emotional response to them, and while I was thinking about that, I also pondered a few statements that were made during a heated discussion at Dear Author about Linda Howard's Death Angel. MS Jones wrote that

good writing can make us suspend dismay with the underlying philosophy/world view. I think the better the writing, the easier it is to swallow values at odds with our own. [...] the rake hero/virgin heroine characterization, which has got to be the most pervasive trope in the entire romance genre) doesn’t work for me (and please, I’m not judging readers who buy it). But I really liked Lord of Scoundrels, [...] Chase redeems these clichés with her excellent characterization and witty writing.

I'm not sure how we could arrive at a non-subjective definition of what constitutes "good writing" but as I was thinking about the idea of "gut reactions," the metaphor of good writing helping readers to "swallow values at odds with our own" was interesting. Can good writing sweeten a bitter pill of medicine which is good for us? Or must we beware of it lest it coats a poisoned pill of values that might harm us? Is brain candy tasty but badly written? Is too much of it harmful? What's so special about our guts and what do we really prove when we eat the pudding? I might have to spend some time digesting all those metaphors.

Lets get back to the question of whether or not, if a reader enjoys a book containing a premise that would usually annoy her or him, it's a possible indicator of "excellent characterization and witty writing." In some cases it might suggest that, certainly, but perhaps it could also suggest that something in the characterisation appeals to that reader, or that something about the way it's written seems witty to that reader and that the pleasure the reader derives from these qualities over-rides their lack of appreciation for the underlying premise. The judgements about the quality of the characterisation and the wittiness of the writing may remain subjective ones.

Jane A., meanwhile, stated of the comments about Howard's novel that "One readers “garbage” is another readers “treasure” and I don’t think a mediocre writer could engender such a response." I'm not at all sure how one determines the exact criteria by which to judge excellence, mediocrity and total lack of talent. The comments about the book mostly seemed to me to demonstrate that the writer had included some things in her text which greatly annoyed some readers but pleased (or at least didn't displease) others. If a text gives lots of readers gut troubles, is that really a sign of literary excellence?

Of course we may wish to believe that the books we like best are the ones that are the best written, and some people may also like to think of themselves as connoisseurs with refined palates who are able to appreciate flavours that wouldn't appeal to those with more common tastes. Northrop Frye made some rather biting comments on the topic:

and "Rhetorical value-judgements are closely related to social values, and are usually cleared through a customs-house of moral metaphors: sincerity, economy, subtlety, simplicity, and the like" (21) and

The hesitant reader is invited to try the following exercise. Pick three big names at random, work out the eight possible combinations of promotion and demotion [...] and defend each in turn. Thus if the three names picked were Shakespeare, Milton, and Shelley, the agenda would run:
The reader may sympathize with some of these "positions," as they are called, more than with others, [...] But long before he has finished his assignment he will realize that the whole procedure involved is an anxiety neurosis prompted by a moral censor, and is totally devoid of content. (23-24)

In other words, as satirist Stephen Colbert might say, very often readers and critics make judgements on the basis of what their "guts" tell them but they then appeal to apparently objective standards to justify those gut reactions. I certainly wouldn't argue that our guts are wrong, because clearly they're right about what appeals to them, but I do think it's helpful to be aware that gut reactions may attempt to disguise themselves as statements of objective fact.

Some are easier to spot than others. The Smart Bitches recently posted about Robert DeMaria's The College Handbook of Creative Writing. He writes that

Trivial literary entertainments such as thrills and romances and television dramas [...] have a role to play in the lives of many people, [...] though significance in such works is clearly minimal. Their aim is to thrill, chill, and titillate. Frank Lloyd Wright once described television as “chewing gum for the eyes.” It’s an excellent description of that medium and might also apply to most of our light literature. Chewing gum gives you a lot of action but no nourishment. Great literature, on the other hand, is full of emotional, spiritual, and intellectual nourishment.

It's apparent to romance readers that he's writing from his gut (and not just because he uses the metaphor of "nourishment"). He's generalising and not providing any textual evidence that all the works he dismisses truly lack the ability to "nourish" the brain as well as the gut.

We may dislike certain styles of writing, certain types of humour, particular character types or plots etc, and it's valid to note these gut reactions. In addition, because I'm probably one of that group of what Colbert dubbed "brainiacs on the nerd patrol" (and yes, he was being satirical, and there's a full transcript of his speech here) I think it's interesting to use our brains to explore why we have those gut reactions. As Robin wrote during that debate about Linda Howard's novel, "I definitely think these discussions are worth having, not only because they’re interesting textually, but also because we ALL harbor ideological views we’re not fully aware of."

Whether a particular novel is, or isn't, "badly written," however, is really quite a separate issue. Frye writes that

Comparative estimates of value are really inferences, most valid when silent ones, from critical practice, not expressed principles guiding its practice. The critic will find soon, and constantly, that Milton is a more rewarding and suggestive poet to work with than Blackmore. But the more obvious this becomes, the less time he will want to waste in belaboring the point. For belaboring the point is all he can do: any criticism motivated by a desire to establish or prove it will be merely one more document in the history of taste. (25)

I'd suggest that even that needs some qualification, because perhaps there's a critic out there who would find Blackmore "a more rewarding and suggestive poet to work with than Milton." I've certainly been finding that many romances are much more complex and rewarding to work with than many people had previously imagined was possible. And for anyone who's interested in reading TMT and Northrop Frye's collected thoughts on what literary critics should do (rather than offering up their gut reactions to texts in the guise of arguments about literary merit), we've got more here.
The image is from Wikimedia Commons and is of part of a human duodenum. I thought it was rather pretty, really, and certainly much more rewarding to look at than I'd imagined part of a gut could be.
Posted by Laura Vivanco at Wednesday, October 01, 2008